Queering evolution: from practice to theory

Like all good projects, this one started with a late night in the lab. Distracted from our doctoral work, my coauthor Max Lambert and I found ourselves deep in discussion about the latest article documenting same-sex sexual behavior (SSB) in an animal species. As a bisexual woman, I was frustrated to see behaviors consistent with diverse sexualities treated, yet again, as a perplexing anomaly or “evolutionary conundrum.” In discussing the various hypotheses that had hitherto been presented to explain the evolutionary origins of SSB, Max and I came to the argument at the heart of our recent paper in Nature Ecology and Evolution: that each of these hypotheses, by assuming derived independent origins of SSB in diverse animal clades, might be approaching the problem from the wrong angle. Instead (for reasons we elaborate in our paper) it seemed much more likely that SSB was a part of the ancestral condition of animal sexual behavior.

At the time I had no thoughts of continuing or formalizing the conclusions we reached that night. If it had been up to me, the conversation would have remained an engaging discussion between friends and nothing more. However, in the following days, Max convinced me that we were onto something and encouraged me to write a paper about it. As a second year PhD student, I wasn’t used to taking my own ideas seriously. Moreover as an ecologist whose primary field was not evolutionary biology, I was unsure about contravening the dominant ideas of a different field. But Max, ever the encouraging mentor, was insistent that our idea was worth pursuing, and suggested that my position as a relative outsider to evolutionary biology was a strength that allowed me to consider alternatives to ingrained ideas. I decided that I would write a paper if Max would join me as a coauthor and if we collaborated with other researchers studying the evolution of sex and sexual behaviors.

It was important to us that at least some of these additional collaborators be LGBTQ+ scientists. However, we worried that this could prove a difficult task – would we be able to find LGBTQ+ scholars specializing in sexual behavior evolution who would want to work with us on this project? In fact, this task proved surprisingly easy once we made the effort to look for and reach out to them! When we consulted some LGBTQ+ in STEM Twitter lists, we realized we already knew some amazing scientists who would be ideal collaborators. We reached out to Caitlin McDonough, an evolutionary reproductive biologist who was exploring the intersection of their queer identity and research, and Ambika Kamath, a behavioral ecologist studying sexual selection who has conducted important work questioning the patriarchal biases behind research on territoriality. Caitlin introduced us to Erin Giglio, who studies sexual selection, social behavior, and alternative mating tactics in singing mice, and a dream collaboration was born. There were times when we disagreed, but always respectfully and with curiosity about each others’ perspectives. This friendly and undefensive disagreement helped fine-tune the clarity of our arguments. With lots of online chatting and just a few in-person meetings, we worked together to write a paper that was truly collaborative, a different and better product than any of us would have produced on our own.

Together we grappled with the limitations and baggage of the language that we had to discuss sexual behavior, including a lack of clear definitions for integral concepts such as “sexual behavior” and “sex.” We also confronted the constant presence of human cultural influence on animal sexual behavior research. This led us to a couple of important decisions. First, we would not use the terms “homosexual” or “heterosexual” to refer to animal sexual behavior. This necessitated the creation of a new term, analagous to SSB, but refering to sexual behaviors with a different sex (DSB). Second, we would explicitly acknowledge that our research had limited ability to speak to human sexuality.

Nevertheless, any study of SSB, no matter how narrowly focused on non-human animals, inevitably ends up influencing perceptions of LGBTQ+ people. Because of this, we thought it important to involve more researchers who would be attuned to how the framing of our paper could impact LGBTQ+ communities. We had the opportunity to workshop a draft of our paper with the U.C. Berkeley Social Science Matrix’s Queer Ecologies Working Group, receiving vital input from scholars working on the intersections between ecology, evolution, and queer identities. Their input was critical to understanding the larger context of the role that cultural assumptions and biases can play in the formation of scientific theories.

In the lead-up to publishing this paper, I have felt a lot of anxiety about how this hypothesis would be received in relation to our identities: specifically, I worried that, as a team of mostly queer-identified scientists, we would be dismissed as biased parties. However, the straight, cisgender scientists who have been studying sex and sexual behavior for centuries hold just as important a bias without ever accounting for how their identities may influence their science. The questions that all scientists ask and the interpretations we craft to make sense of our observations are inevitably shaped by our life experiences and perspectives. We are better served by acknowledging, understanding, accounting for, and celebrating this influence of identities on our science than by pretending that such influence does not exist. Accordingly, improving the practice of science necessitates expanding the range of perspectives that contribute to it. 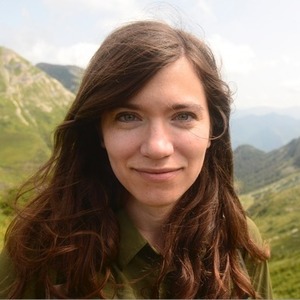 Gunter Wagner
about 2 years ago

This is an important idea that redirects the relevant research questions to one of phylogenetic history of sexual behavior, rather than one of adaptive advantage of SSB. GPW