Juliane Friedrich
Research Fellow, The Roslin Institute & R(D)SVS, University of Edinburgh
Follow
Like Liked by Ben Johnson and 2 others
0

"Dogs do speak, but only to those who know how to listen." – Orhan Pamuk

Modern dogs exhibit a fascinating diversity of phenotypes: looking at a Chihuahua and then a Great Dane, it is astounding that both belong to the same species. When it comes to behaviour, many breeds show specific genetic characteristics and may even be named after them, like “pointing” in Pointers or “retrieving” in Retrievers, but individual dogs each have their own personality, as probably every dog owner would confirm.

The significant behavioural diversity among dogs of the same breed, together with a range of attributes that make dogs not only man’s best friend but also the researcher’s – like a favourable genetic structure or resemblance to human conditions – motivated us to analyse the genetic background of behaviour in German Shepherd dogs, which were bred originally as working dogs but are now also popular pets. Making use of the close relationship between owners and their dogs and the comprehensive behaviour monitoring in everyday life, we aimed to identify genetic factors that influence behaviour traits in dogs, to enhance the understanding of the genetic background of behaviour in general.

The project, which was funded by the Dogs Trust, started rather unconventionally compared with standard scientific procedures: to acquire study participants, we had to contact dog owners and convince them to spend at least 30 minutes of their time to fill out complex questionnaires on their dog’s behaviour and lifestyle. For us this meant travelling across the country to visit Crufts, the world’s largest dog show, and several specific German Shepherd dog shows, as well as contacting the Kennel Club and breed associations. This unconventional approach continued when we tested the saliva swabs used to sample dog DNA on our own dogs and those of our friends and families to ensure the swabs were easy to use. Working with dog DNA was also a challenge for the external lab, which did the DNA extraction and genotyping for us, but they did a great job and managed to successfully genotype a significant majory of the provided samples.

Despite all our efforts, the sample size of British German Shepherd dogs remained below expectations, which would have diminished the power of the study. Luckily, we were able to join forces with researchers from Sweden by including dogs from the Swedish Armed Forces (SAF) established dog breeding programme. Here again, this meant great effort on the SAF side to contact dogs’ handlers and to trace the owners of dogs that were no longer involved with the army, either because they had been fostered after not completing their training, or had retired. Collecting samples and data for these dogs was not the end of the hard work; we then had to find a way to summarise the information gained from more than 100 questions related to the dog’s behaviour, lifestyle and household. The latter factors played a crucial role as behaviour is a complex trait, which is predominantly influenced by environmental factors and thus we needed to correct for these effects in our statistical model. Our study is unique in how we accounted for environmental factors, testing 28 of these for their effect on the dogs’ behaviour and subsequently fitting individual models for the genetic analysis of each behaviour trait.

The results we obtained made all these efforts worthwhile (the paper can be found here): as expected, due to the nature of ‘behaviour’ itself, a complex set of characteristics, we did not find major genetic variants that explained a substantial amount of the observed variation in behaviour. However, we did find evidence that some behaviours, such as enjoying playful interactions with humans, chasing and non-social fear - being afraid of loud noise and inanimate objects – were influenced by genetics. We also identified several genomic regions that showed suggestive associations with the analysed behaviour traits, some of them harbouring interesting candidate genes that are also known to influence behaviour in other species. For example, a genomic region associated with touch sensitivity – mainly manifested by fearful or aggressive responses to grooming – contained a gene previously associated with sensitivity of receptors in the skin in the mouse.

People and dogs have enjoyed a long, mutually beneficial relationship. As dogs are social animals with complex personalities, we can gain much from understanding the impacts of both environmental and genetic factors on their behaviour, as we learned in this project. We hope that our results will provide insights into how management of dogs may influence problem behaviours and also, more generally, how genetics influences animal behaviour. 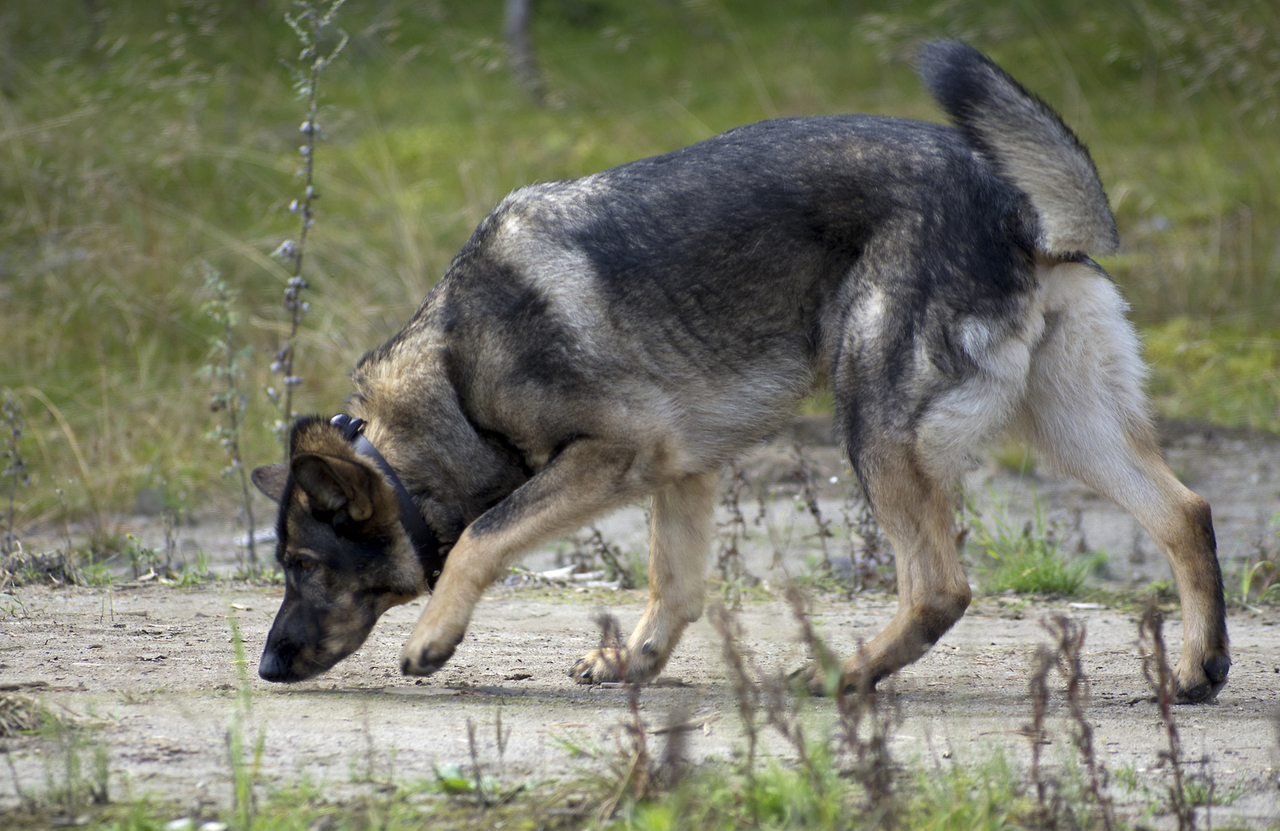