Insects are declining - but talk of “insectageddon” is premature

Recent research showing severe declines in biomass of flying insects has been much-discussed in the literature and the global media. In a new study of a long-term insect population dataset, we found that the biomass of moths increased before it declined, and remains higher now than in the 1960s.
Callum Macgregor
Postdoctoral Research Associate, University of York
Follow
Like Liked by Ben Johnson and 4 others
0

Analysing data from the world’s longest-running insect population database, the authors find that recent declines in UK moth biomass were preceded by a larger increase.

Insects play a number of vital roles in our ecosystems, and as a consequence, several studies in recent years that have reported sharp declines in their “biomass” (combined weight) have been greeted with alarm by the media and public.

However, the conclusions of these papers have been met with scepticism by the scientific community. There is a widely-held opinion that studies on insect biomass have so far been based on too little data to be certain of their conclusions, variously having too few separate sampling sites, data from too short a time period, or from only the beginning and end of a sequence (rather than continuous data), or data collected with a non-standardized method over time.

To try and understand patterns in insect biomass change over time in a more robust way, overcoming some of these criticisms, my colleagues and I turned to the long-running network of moth-traps of the Rothamsted Insect Survey (RIS). Rothamsted currently operate around 80 identical moth-traps across the UK and Ireland, each of which collects moths (which are then identified and counted) on a nightly basis using a standardized methodology. From among these, we identified 34 traps that had operated continuously for at least 30 years in the 51-year period since the trap network commenced in 1967.

To translate the abundance records collected by the RIS into estimates of biomass, we first needed to know how much each moth weighed. Rothamsted don’t retain every moth they capture, and catching and weighing a representative sample of every species in their database would be prohibitively labour-intensive. Existing dry body mass data weren’t available for most British moth species either, but field guides do list typical forewing lengths for every species as an identification tool, so we resolved to model the relationship between these two variables.

Thanks to the hard work of summer project student Becci Kinsella, we collected an empirical dataset on the forewing length and body mass of 600 individual moths from 94 species and, fitting a model to this data, estimated the body mass of over 1000 species of larger moths. Amazingly, we found this allowed us to predict around 90% of the total variation in the biomass of mixed-species samples of moths.

Next, Masters student Jonny Williams applied these estimates to data from the 34 long-running traps from the RIS, generating annual estimates of moth biomass from each trap. The results were astonishing. We found that the average biomass of moths sampled annually by each trap had approximately doubled over the 50-year duration of our dataset. This was not a simple increasing trend, either: biomass had increased steeply between 1967 and 1982, but gradually declined thereafter. The 10% per decade rate of these more recent declines actually matches up well to the findings of other recent studies of insect abundance and biomass (none of which commenced earlier than 1976), but the overall longer-term pattern of steep increase, then gradual decline does not support the widely-suggested scenario of “insect Armageddon”.

To understand drivers of these recent declines, we turned our attention to land-use, categorising sites into four groups: arable, grassland, woodland and urban. Two drivers of environmental change that are often mooted as potential causes of insect decline, especially for moths, are agricultural intensification (most relevant in arable sites) and light pollution (most relevant in urban sites); but we found that the steepest post-1982 biomass declines were in grassland and woodland.

The third of the “usual suspects” is climate change. A strong degree of synchronisation in both year-to-year biomass change and longer-term trends between sites, land-use types, and taxonomic groups of moths, pointed the finger of blame squarely towards factors that operate across all land-use types, such as temperature and rainfall. Yet surprisingly, we found no relationship between either of these variables and biomass change. However, two of the biggest periods of biomass change - a strong increase in the late 1970s and a decline in the late 1990s - directly followed the heatwave/drought years of 1976 and 1996. It seems possible, therefore, that extreme climatic events can perturb populations and communities, with resultant ecosystem feedbacks causing subsequent biomass change - an avenue for further research, perhaps.

Finally, we resampled the full RIS dataset to investigate the influence of data structure on estimates of insect biomass change, taking every possible subset of data of over 5 years’ duration, both for single study sites and the full 34 sites combined. It’s well-known that insect populations can fluctuate wildly from year to year, so unsurprisingly, longer spans of data were less likely to estimate massive increases or declines. Likewise, biomass changes were larger at single study sites than across the full dataset of 34 sites. Many studies rely on single return visits to previously-sampled locations, generating an estimate of biomass change between two points in time. Unfortunately, when compared to the trend fitted by a linear model through annual estimates over the same time periods, we found the two-sample approach incorrectly estimates the direction of biomass change in a quarter of cases. Lastly, it’s unwise to hang your hat on biomass change since an arbitrary start date, since patterns change over time: within our study, biomass increased since 1967, decreased since 1982, but has been roughly stable since 1997.

These findings emphasize the vital importance of long-term, standardized data collection for understanding population change. Several UK initiatives, like the RIS and the UK Butterfly Monitoring Scheme, have been doing this for decades on home soil, but globally very few such datasets exist, particularly in the tropics. Establishing long-term monitoring at a much broader scale is a challenging prospect, but a worthy goal. 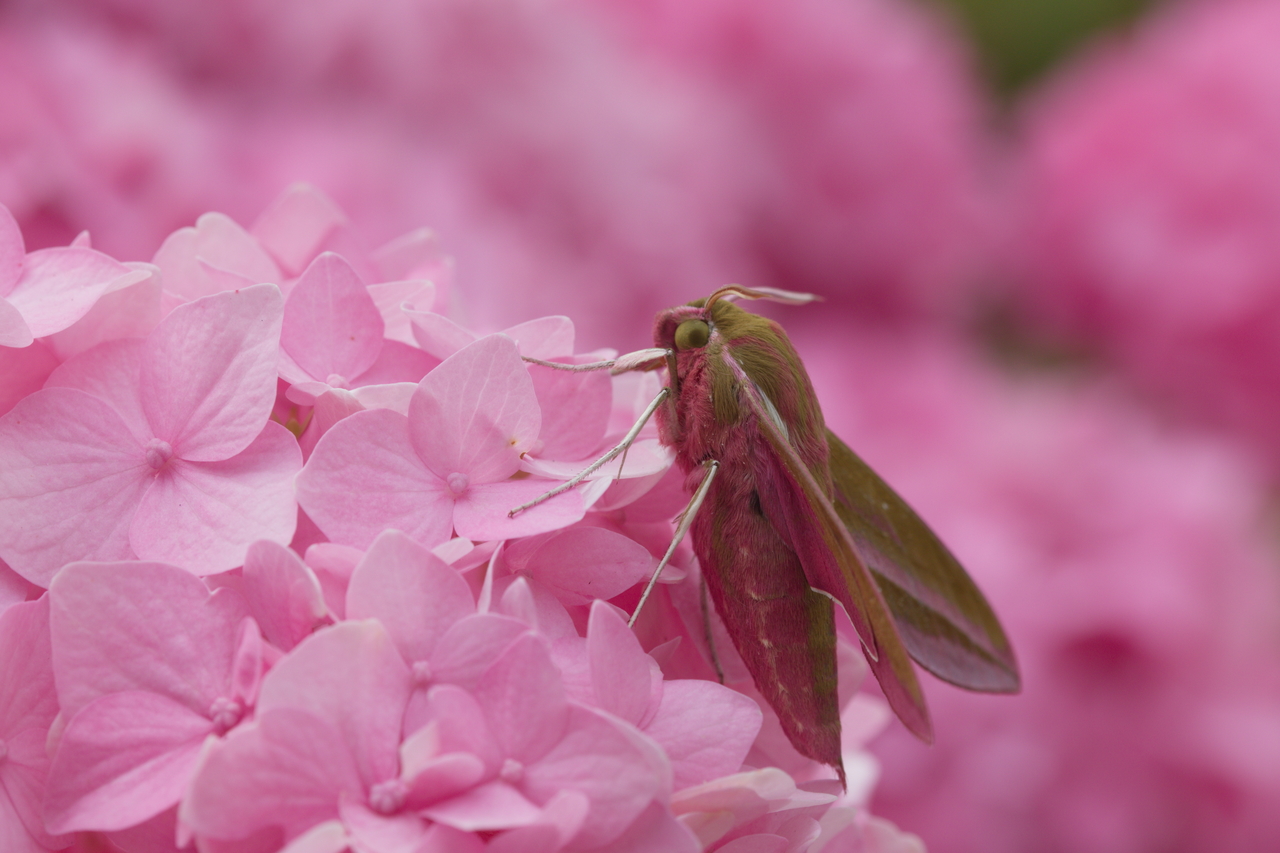 Insects are declining - but talk of “insectageddon” is premature

Recent research showing severe declines in biomass of flying insects has been much-discussed in the literature and the global media. In a new study of a long-term insect population dataset, we found that the biomass of moths increased before it declined, and remains higher now than in the 1960s.