A community from Nature Ecology and Evolution
Contributor
Behind the Paper, World Oceans Day 2020

Often no bigger than the tip of a pencil, many of the world’s marine fish begin life at the ocean surface. Here among the plankton, larval fish feed and develop before returning to the habitat in which they were spawned. The availability and quality of food for larval fish is dictated by ocean conditions and directly influences their chances of survival. Larval fish are foundational for the functioning of marine food webs and represent the next generation of adults that will supply protein and essential nutrients to people around the world. Despite their ecological and societal importance, scientists have historically known very little about where larval fish spend their time during this highly vulnerable life stage.

In a recent study published in the Proceedings of the National Academy of Sciences, we identify “surface slicks” as a key larval fish nursery habitat in the coastal waters of Hawai‘i.

Surface slicks form dense aggregations of plankton that represent an oasis of prey for larval fish. Slicks contained larval fish from shallow-water coral reefs, the offshore open ocean, and even deep ocean species. Larval fish found in slicks were larger, more well-developed, and had increased swimming abilities. Larval fish that can actively swim will better respond and orient to their environment, suggesting they are targeting surface slicks to capitalize on the abundance of food resources.

The majority of the plastics found in surface slicks were very small – less than 1 mm. This happens to be the same size of most larval fish prey. After dissecting hundreds of larval fish, we discovered that several fish species had ingested plastic particles. We found tiny plastic pieces in the stomachs of commercially targeted pelagic species, including swordfish and mahi-mahi, as well as in coral reef species like triggerfish.

We used satellites to measure the size and distribution of surface slicks to understand their importance at ecosystem-scales. Even when viewed from space, surface slicks were distinctly recognizable from the rest of the ocean. We found that slicks comprise just 8% of the ocean surface habitat across our study region in Hawai‘i, but are estimated to contain 42% of all surface dwelling larval fish and 92% of all floating plastics.

It is unclear just how harmful plastic ingestion is to larval fish. The effects are presumed more harmful than plastics ingested by adult fish, which can cause gut blockage, malnutrition, and toxicant accumulation. Plastic accumulation in larval fish nurseries could also lead to the bioaccumulation of toxins and synthetic material across marine and terrestrial food webs.

Plastic ingestion by larval fish could even reduce larval fish survivorship, compounding threats to fisheries productivity posed by over-fishing, climate change and habitat loss. We as a society have the ability to make changes that would alleviate the stress on ecosystems imposed by our activities. We can and should start making those changes now, to limit stress to already severely threatened marine life. 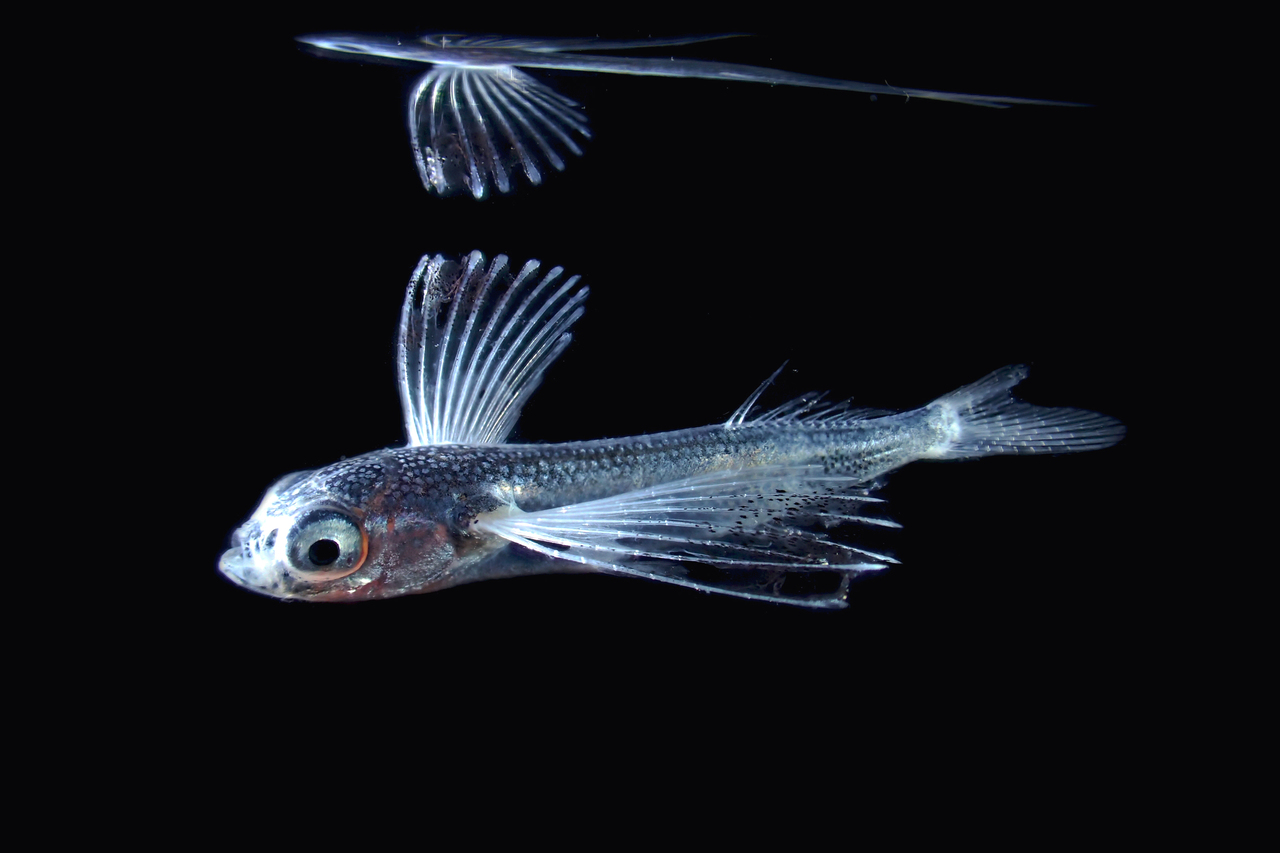 New research shows that many larval fish species from different ocean habitats are surrounded by and ingesting plastics in their preferred nursery habitat.