Over the last 60,000 years, many of the world’s largest species disappeared forever. These ‘megafauna’ species were first lost in Sahul — the super-continent formed by the connection of Australia and New Guinea during periods of low sea level. The causes of these extinctions are still debated.
Frederik Saltre
Research Fellow, Flinders University
Follow
Like Liked by Patrick Goymer and 4 others
1

Whether Australia’s Pleistocene megafauna extinctions were caused by climate change, humans, or both is debated. Here, the authors infer the spatio-temporal trajectories of regional extinctions and find that water availability mediates the relationship among climate, human migration and megafauna ex…

Three potential drivers of these extinctions have been suggested. The first is climate change that assumes an increase in arid conditions that eventually became lethal to megafauna. The second proposed mechanism is that the early ancestors of Aboriginal people who either hunted megafauna species to extinction, or modified ecosystems to put the largest species at a disadvantage. The third and most nuanced proposed driver of extinction is the combination of the first two.

The primary scientific tools we scientists use to determine which of these proposed causes of extinction have the most support are dated fossil records from the extinct species themselves, as well as archaeological evidence from early Aboriginal people. Traditionally, the main way we use these data is to construct a timeline of when the last fossil of a species was preserved, and compare this to evidence indicating when people arrived. We can also reconstruct climate patterns back tens of thousands of years using models similar to the ones used today to predict future climates. Based on the comparison of all of these different timelines, we conclude that abrupt climate changes in the past were influential if they occurred at or immediately before a recorded extinction event. On the other hand, if megafauna extinctions occur immediately after humans are thought to have arrived, we attribute more weight to human arrival as a driver.

A major problem with this approach is that such timeline data are rare because of Australia’s relative poor preservation environment for fossils and archaeological evidence. This is primarily due to Australia’s harsh environmental conditions, as well as the antiquity of the events themselves that tend to erode evidence with the passage of many tens of thousands of years. Together, these problems mean that the timelines can only really be interpreted at very restricted spatial scales, such as for particular palaeontological or archaeological sites in caves or rock shelters. The rarity of good specimens means that we have been forced to step outside of this restricted scale and make inferences over larger areas by lumping the available evidence across many different sites. But the danger of doing this is that variation in the relative contribution of different extinction drivers can vary markedly over the landscape.

This is where advanced mathematics can help. By developing a sophisticated mathematical technique to determine both the regional patterns of megafauna disappearances and the arrival of the Aboriginal ancestors across south-eastern Australia, we can now finally compare these patterns properly to landscape patterns of changing climate over the last 120,000 years.

But even using advanced mathematics isn’t simply just applying a new formula here or there. The first hurdle was to use fossil and archaeological dates to work out when megafauna species went extinct and when people arrived. Because neither the youngest fossil nor the oldest archaeological evidence likely indicate the true timing of extinction or arrival, we have to use statistical models to predict when these events likely occurred. Fossilisation is so rare and the preservation of human tools or other items varies so much over time that it is essentially impossible that the oldest or youngest ages of an ancient time series are accurate reflections of the timing of important events like extinction or arrival.

While several mathematical techniques can account for these issues and return accurate estimates of the timing of extinction and arrival, these methods are not designed to map timings across the landscape. This is because they are constrained to areas with physical data. This led us to our second challenge: how could we estimate these timings in areas without any available data? In other words, could we mathematically fill the spatial gaps between palaeontological and archaeological sites to produce maps of the regional timings of megafauna extinction and human arrival?

Based on these new maps, we were finally able to estimate the regions where humans and megafauna coexisted, and where they did not. It turns out that humans coexisted with megafauna over approximatively 80% of south-eastern Sahul for sometimes as long as 15,000 years depending on the region in question. In other regions, such as Tasmania, there was no temporal overlap between humans and megafauna.

Our third and last challenge was to determine what factors – among changing temperature, precipitation, freshwater availability, desert coverage, plant biomass, and the arrival of people – best explained the variation in the timing of megafauna extinctions across the landscape. To do this, we integrated into our analyses the notion of a ‘directional gradient’ (or bearing) considering that an extinction at a given location could affect an extinction in another location nearby.

By analysing these gradient patterns of extinction, we found that more than 80% of regional megafauna extinctions in south-eastern Australia were likely driven by a combination of human pressure and access to water. The other 20% — those areas without human-megafauna coexistence — were limited by a lack of sufficient plant biomass driven by arid conditions to feed the mostly large herbivore species that died out. This combined signal was entirely absent if we ignored the variation in the patterns over the landscape.

Our work is therefore some of the first hard evidence that many tens of thousands of years ago, humans and climate change were already working together to make species more likely to disappear. This is a particularly stark warning for the immediate future of our planet’s biodiversity given the rising human pressures on our biodiversity coupled with an unprecedented pace of global warming.

This Behind the Paper post is co-authored by Frédérik Saltré and Corey J.A. Bradshaw, with contributions from Katharina J. Peters & Sean Ulm. This research was supported by Australian Research Council (ARC) Centre of Excellence for Australian Biodiversity and Heritage.

Fabio Berzaghi
about 3 years ago

Interesting work! Do you know why fossils are less likely to be preserved in the dry regions of Australia compared to other parts of the world? From my knowledge most fossils come from very dry places, so the middle of the Australian continent seems to be a good place for the preservation of fossils. 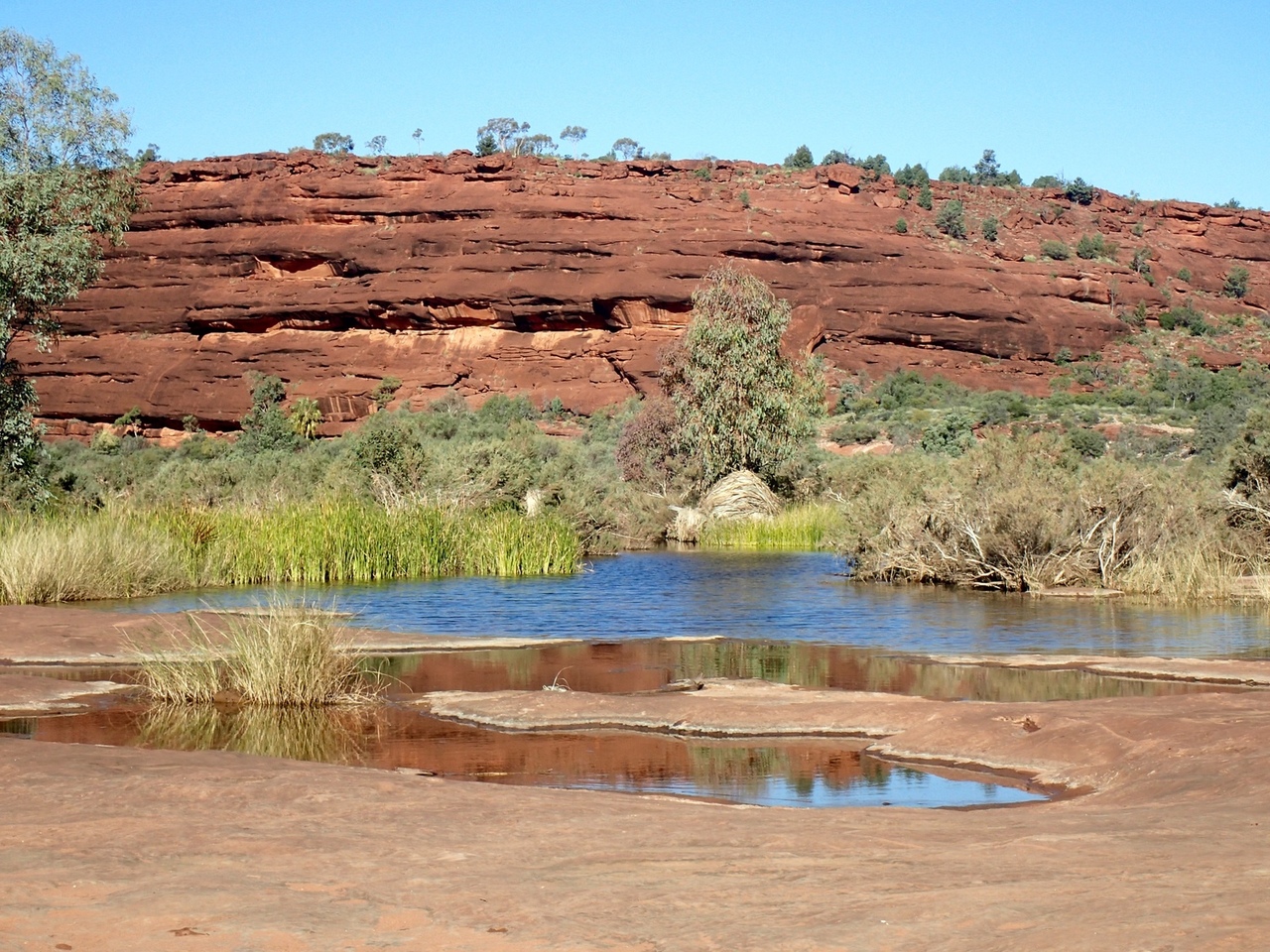 Over the last 60,000 years, many of the world’s largest species disappeared forever. These ‘megafauna’ species were first lost in Sahul — the super-continent formed by the connection of Australia and New Guinea during periods of low sea level. The causes of these extinctions are still debated.