Making prairie restorations a success: the role of microbes

Due to human activity, about 96% of the original prairies are gone in the Midwestern United States (US). This means that prairie restoration is an important step to bringing back some of these lost prairie ecosystems. Most restorations focus on seeding native plant species into degraded land, but plant-microbe interactions are important in maintaining diversity in native systems that we try to mimic through restorations. Therefore, it’s important to understand how plant-microbe interactions might be different in these degraded restoration environments compared to their native counterparts and how this might inform restorations.

I study invisible microbes that live underground in plants. Mycorrhizal fungi are fungi (myco) that live in plant roots (rhiza). They were initially described as an infection, because that’s what they looked like. Now, we know that these fungi tend to help plants. These mycorrhizal fungi are usually talked about in terms of their nutrient-carbon exchange with plants; I’ll trade nutrients (fungus) and you (plant) give me carbon so I can keep growing. Although this nutrient-for-carbon exchange is important, relationships are complicated. These fungi have been shown to help plants in other ways: bringing water, holding soil around the plant together through soil aggregation (preventing loss of nutrients and water), and my personal favorite, protection against pathogens.

In the fourth year of my PhD, I’ll be able to look at plant-mycorrhizal interactions including protection against pathogens in a study. When mycorrhizal fungi shield plants against pathogens, this is called mycorrhizal induced resistance (MIR). In our study, we are first comparing mycorrhizal growth response and then MIR in the same four species that occur in both native and post-agriculture prairies (abandoned agriculture). The idea is to see if there is an evolution of growth response (plant-mycorrhizal relationship) and MIR (mycorrhizal pathogen protection) from plants in native prairies compared to when these plants are grown in disturbed post-agricultural fields (like in restoration). Basically, we’re trying to understand how restoration may change the native plant-mycorrhizal relationships that are important to prairie systems.

Is there a plant population (native versus post-agricultural) specific response to mycorrhizal fungi? After harvesting our first experiment, just looking at mycorrhizal response (the growth benefit of mycorrhizal fungi), we found that the plants coming from native sites are more responsive to their own fungi (native prairie fungi), while those from post-agricultural sites are more responsive to fungi representing disturbed sites. This means, at least from the growth perspective, that the different populations – of the same species – are evolving to respond to their local fungi.

Rockefeller prairie, part of the KU Field Station, and one of our remnant prairie sites; our greenhouse experiment just before harvest.

We found that plant-mycorrhizal relationships evolve in post-agricultural, or restoration-like, environments, but does this difference in mycorrhizal growth response relate to mycorrhizal induced resistance (MIR)? In phase two, we want to see if this evolution of mycorrhizal response results in differential MIR, or protection against pathogens. First, we are trying to understand what the MIR of the prairie species is overall. Then, we are trying to understand if there is an evolutionary shift in MIR from native to disturbed systems. The goal is to see if the protection against pathogens brought by mycorrhizal fungi changes when these plants move from native to post-agricultural sites.

Field to Lab: Collecting seeds and culturing root fungi and oomycetes for the second experiment

Overall, we hope this work will help us understand what important plant-microbe interactions are changing when plants move from (or are taken from) their native sites to disturbed sites. The current restoration practice that focuses on just planting native plants does not seem to be sufficient as a holistic approach. Plant-microbe interactions, especially with mycorrhizal fungi, are important. The role that these fungi may have in shielding against plant pathogens, traditionally understudied in the field, could have a disproportional impact on the success of restorations. From this work so far, we know that looking across the same group of plant species, there are differences in the plant-mycorrhizal relationship (response), meaning that where restorations source seed from matters. The same plant species has a different relationship with mycorrhizal fungi depending on its’ origin. Now, we are excited to see how differences in plant origin and the new plant-AMF interactions will play out for pathogen dynamics in these systems. We hope this work will help support more successful prairie restoration that considers these close plant-microbe interactions.

For now, I’m back to hours of pouring agar plates, searching how to make liquid broth culture, figuring out how to homogenize the inoculum for the root fungi and oomycete testing experiment (milk frother anyone), and preparing the thousands of seeds we collected in the early fall needed for the large MIR experiment in the Spring. Wish me luck!

Graduate School: The guide to getting things done 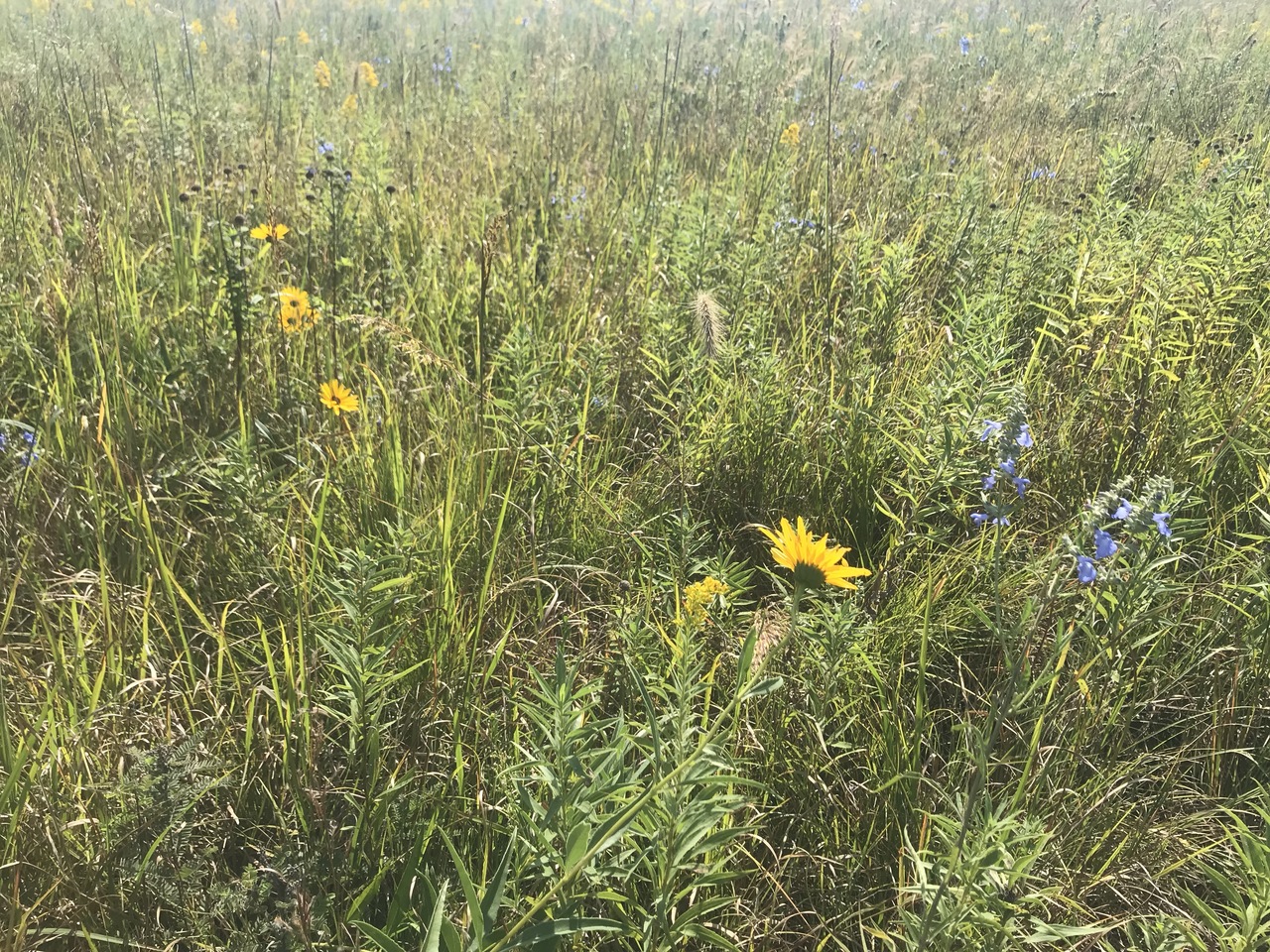 Making prairie restorations a success: the role of microbes