For some time now, we have been talking about a putative temporal mismatch between the flowering phenology and the pollinator activity period as a risk to plant-pollinator interactions. Although some reassuring studies show that plants and pollinators are advancing their flowering / flight periods with about the same strength on average, some theoretical works show that a large heterogeneity of responses among pollinators would be sufficient to threaten plant-pollinator interactions.

However, this heterogeneity of response to global warming among pollinators is not well known because flight period shifts are often assessed on a small number of species, not very diverse. So, in order to evaluate the patterns of flight period changes in pollinators, we decided to evaluate them on a wide diversity of European species.

The first step was therefore to find the data. In order to study phenological changes over a long period, we were looking for recent as well as old pollinator records at large spatial scales. Of course we started with publicly available database, as the GBIF, which are an amazing research tool, as they make available a large amount of data. Indeed thousands of amateur and professional entomologists are spending hours and hours on the field to fill these open-access databases. Many thanks to all those who produce these data! Their work allow us to have historical data source, in order to turn back the clock and study past responses of biodiversity to global change. However, a significant part of these data is still not available, stored in private collections and in natural history museums. We hope that our article can help to raise awareness of the value of this data, and to promote its accessibility for research.

The next part was a puzzle game, because it was necessary to assemble the data received by eliminating duplicates but also by harmonizing the taxonomy. Focusing on the most sampled species and the period with the most data 1960-2016, this led to a database of 20 million occurrences, spread over about 2000 species. The statistical part then began, we had to evaluate the changes in phenology of all these species. It was in a discussion with Tom Van Dooren and Nicolas Loeuille, during my first year PhD committee, that we established that it was important not to focus on changes in mean flight date but also to characterize changes in flight period length. Indeed, some studies on plants have shown a real modification of the flowering time structure of plant communities due to a change in the average date but also in the length of the flowering period.

As usual with data analysis, we expected to have some surprises in the results. But surprisingly, we found changes in mean flight date very close to those previously found, and those found for the flowering phenology of European plants. However, the fact that we characterized changes in phenology over a wide diversity of insects and over a large part of Europe has enabled us to highlight three new facts: the responses are heterogeneous among species, closely linked to their evolutionary history and much stronger in the south than in northern Europe.

We then raise questions about the consequences of these flight period changes on pollinator assemblages. Is there a change in the temporal structure (i.e. how flight periods are organized along the season) as in plant communities? By looking at how flight periods overlap throughout the pollination season, we have shown that these flight periods are increasingly separated, and that this results in a decrease in the amount of pollinators available at any given time for plants, mainly at the end of the season. By using taxonomy as a proxy of the functional role of our insects, we have calculated an index of redundancy and complementarity and we have shown that these two measures decreased between 1980 and 2016 across a large part of the study area, except in northeastern Europe.

Our study therefore shows some pernicious effects of phenological changes due to global warming, visible only if we look at them at the scale of species assemblages. Given the strong links between complementarity, redundancy and pollination performance, our results suggest negative consequences of global warming on pollination functions and services. While these changes in flight time probably have a much less significant functional impact than the decline of pollinators, they could amplify their effects, hence the importance of limiting the decline of pollinators. 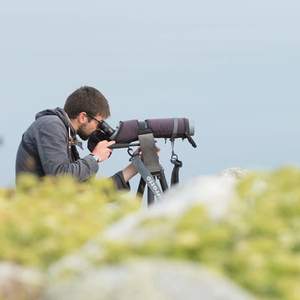