The oldest guts: Unraveling the annals of ancient animals

The appearance and early evolution of true animals in the fossil record is still a hotly contested debate amongst paleontologists. In a new study of small tubular fossils from the Nevada desert, we expose the oldest-yet-known digestive tracts, possibly signposting the appearance of stem-annelids.

Fossils of the Ediacaran Period (635–539 million years ago) plausibly represent the earliest animals on Earth — but they are notably weird. Many existed as bag-like or quilted mattress-like ‘animals’, if we can even confidently use this term. The nice thing about being over half a billion years removed from the Earth’s modern ecosystems, however, is that it provides us with some interpretive freedom. With some liberty and creativity, of course rooted in fundamentals of paleobiology, we can attempt to place them as ancestral representatives of known modern animal groups, such as Kimberella as a stem to modern molluscs. But, by and large, they don’t look like animals we know today. Positioned somewhere between the decline of these morphological oddities and the dramatic evolutionary ‘explosion’ of animals that we all know and love in the early Cambrian Period (539–520 million years ago) existed a group of small, tubular animals: the cloudinomorphs. These tubes are diverse, globally distributed, and are among the first to have built shells with mineral components, although the extent of mineralization and how biologically directed it may have been are still points of contention. Much like their predecessors, the nature of these tube-dwellers has remained elusive — because, until now, we’ve only known their external tubular shells. This is the story behind our recent Nature Communications paper about how we think we’ve changed the understanding of the cloudinomorphs.

Our group has been actively investigating the taxonomy of cloudinomorphs from the southwestern United States for the last several years. This work has roots with some of Jim Schiffbauer’s doctoral research on the Gaojiashan Biota from China, and continued with my (Tara Selly’s) own dissertation in Jim’s lab. Our localities in Nevada are fun places to work — returning either to casinos or ghost towns each night, and typically bookending brief recharges in Vegas on either side of the fieldwork.

The Nevadan fossils, like their contemporaries in China, are preserved through pyritization. Unlike some other modes of fossilization of the cloudinomorphs, this pathway is known from geologically more recent deposits to replicate labile tissues—and the largely hollow, sediment-infilled tubes of these Nevadan cloudinomorphs thus offered taphonomic promise that maybe pyrite-replicated soft parts still remained inside. In order to assess what could be hiding within, we needed to see inside of the rocks and fossils themselves. Using X-ray tomographic microscopy (or µCT) in our home lab, the X-ray Microanalysis Core at the University of Missouri, we were able to do exactly that without destroying any taxonomically important samples in the process. When we investigated our hunch, we found that we indeed had uncovered the first evidence of cloudinomorph soft anatomy, and the next steps would need to focus on evaluating what exactly these parts could represent.

Through three-dimensional rendering software, we were able to isolate the internal structures in order to better assess their morphologies. In doing so, we found that these soft-tissue features manifest as cylinders, centrally positioned within the external tube and following its curvature. In one instance, ribbon-like folding of the internal cylinder relative to its external tube is observed, a testament to its ductility prior to fossilization.

With no comparable fossils from the record prior, we turned to the Cambrian for possible analogues. While there are several options for soft-tissue fossils in the Cambrian, including plausible nervous and cardiovascular tissues as well as full bodies of generally soft animals, probably the most common of internal structures preserved are digestive tracts - which was one of our first gut feelings (pun intended), but we needed to test this hypothesis. It might be surprising to learn that guts are fossilized relatively frequently, owing to their self-contained microbiome helping to generate mineral-building ions. Most fundamentally, gut fossils display a cylindrical nature—with or without digestive glands—very similar to what we had just found. The size of these structures didn’t seem appropriate for the full body of the tube-dweller, and indications that our structures are indeed hollow helped to rule out other possible internal interpretations (or, more confidently rule in guts). This is certainly an oversimplification of how we came to terms with a gut interpretation, but we were directly supported by previous taphonomic models of how comparable tissues enter the fossil record.

As the first reported instance of recognizable soft tissues in cloudinomorphs and the oldest-to-date guts in the fossil record, these materials have provided a unique view into early animal anatomy that has been missing from other fossils in the Ediacaran Period. So, now what? Can these guts inform us about where the cloudinomorphs sit within the evolutionary tree of animals? Considering previous interpretations from the literature, there are two primary contenders: cnidarians (anthozoans, specifically) and annelids (tube-building polychaetes). Most anthozoans possess a sac-like gastrovascular cavity which functions as a two-way digestive system, where the mouth and anus are functionally the same opening. Alternatively, annelids have straight, one-way through-guts, wherein the mouth and anus are positioned at opposite ends, and many groups produce an external tubular shell.

With similarities in their external shell and our new evidence of internal structures, the designation within the basal branches of the annelids appears to be the most fitting phylogenetic position for the cloudinomorphs — which thus helps to build a bridge across the Ediacaran-Cambrian boundary to the diversity of annelids known from post-Cambrian Explosion lagerstätten.

For related media coverage, please see these stories in The New York Times and LiveScience.com. 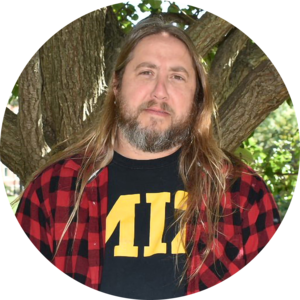