One of the core tensions in evolutionary biology is that natural selection can only operate on existing variation, yet when we look at the world of living things, there is such an unfathomable amount of diversity. How can new traits arise under such conditions?
CR Fisher
Research Assistant, University of Connecticut
Follow
Like Liked by Patrick Goymer and 4 others
0

The treehopper helmet represents a morphologic novelty. Comparison of body-region transcriptomes in a treehopper and a leafhopper supports co-option of the wing-patterning network for the origin of the helmet.

Understanding how novelty evolves is still a non-trivial problem in the study of evolutionary morphology. And I wasn't thinking of any of that the first time I saw a treehopper.

The first time I saw a treehopper-- and it was just a picture, mind you-- all I could think was, "Wow! How do they build that thing?" By 'that thing', I meant the thing that treehoppers are most well known for, which is their elaborately three dimensional pronotum. All insects have a pronotum, which is the technical name for the dorsal part of the first thoracic segment (the prothorax). In most insects, the pronotum is flat and boring, and also the only one of the three thoracic segments to not bear wings. In treehoppers, the pronotum projects backwards, upwards, and outwards, in a variety of different shapes. It's a striking trait, one that early evolutionary biologists theorized must be the result of orthogenesis, and one that modern naturalists mostly agree is probably an adaptation to protect them from visual predators. Because it is so different from the pronotum morphology in their closest relatives, some biologists have taken to informally referring to the structure as the "helmet."

I set out in my doctorate program with a keen interest in how development may constrain evolution, and how it is that evolutionary novelty arises through changes in development. Treehoppers ended up fitting very neatly into those interests, which is a good thing, because the more I learned about them the more obsessed with them I became. Unfortunately, treehoppers are very far from being the kind of well-characterized lab animal that developmental biologists usually use as models. There were no lab-adapted strains to order, virtually no DNA sequence data, and only a few researchers who had ever tried to investigate the development of the helmet. I reached out to a few scientists whose work on treehopper natural history I had read, and through them learned that every summer, there's an informal meet-up of treehopper researchers, the Annual Treehopper Aggregation. I attended "Treehopper Camp" the first summer of my PhD and benefited enormously from the accumulated lifetimes' worth of knowledge of natural history on these little beasties. Based on my conversations there, I chose Entylia carinata as my study organism, because it has a relatively fast generation time, is not too picky about its host plants (we grow them on sunflowers), and has a pretty interesting curvaceous helmet that reminds me of a camel's back.

On the left, an adult female E. carinata (photo by Patrick Coin, used with permission); on the right, a 5th instar E. carinata nymph (photo by Cera Fisher and Annette Evans).

My original gee-whiz question, "How do they build that thing?", is really a question about how development during metamorphosis has changed over the evolutionary distance separating treehoppers from their closest relatives, the leafhoppers. We decided to take an RNA-Sequencing approach to this question, comparing leafhopper and treehopper gene expression during metamorphosis in eight different body parts. Our results, published just today, led us to conclude that the treehopper pronotum evolved by a redeployment, or co-option, of a network of genes that, in leafhoppers, are responsible for wing patterning and development. In fact, we were honestly taken by surprise at how strong and clear the evidence for wing-network co-option was. In leafhoppers, the gene expression in the developing pronotum is most similar to the gene expression in the developing mesonotum (2nd thoracic segment-- the part of the back that's in between the forewings). In treehoppers, even at the broadest level of analysis, the developing pronotum's gene expression was much more similar to wings than it was to the mesonotum, its serial homologue.  In fact, almost every subset of gene expression that we looked at -- signalling genes, development genes, etc. -- indicated that the cells in the treehopper helmet were expressing the same genes as those in the wings. Except, that is, for the genes that are identified as DNA-binding transcription factors. When we looked at just that set of genes, the genes that code for proteins that direct the expression of other genes, the treehopper helmet gene expression is more similar to the gene expression in other parts of the body wall. As we discuss in the paper, we think that this is evidence that co-option can be a really powerful mechanism for serial homologues to diverge from each other developmentally. The idea of co-option as a source of novelty also helps resolve the tension I mentioned in the first paragraph; making something new from scratch is a lot harder than repurposing something you already (metaphorically speaking) have on hand.

But, since this is the "Behind the Paper" channel, and I can talk about things that don't belong in a scientific paper, I want to talk directly to the master's and doctoral students that are struggling right now with data that don't make sense and organisms that won't cooperate. It took us three years just get the year-round treehopper colony established so that we could properly stage and control the nymphs' development! It takes thirty minutes to dissect each individual treehopper nymph, and at one point, when we redesigned the study, I had to just shelve a nearly complete set of tissues. The data that we analyzed for this paper weren't even the first round of high throughput sequencing that we did, because after we got the first round data back, we realized that we needed to add more kinds of body parts to the design in order to rule out hypotheses that we hadn't even thought of at first. And there are still so many things that I wanted to do for my dissertation that just didn't end up being possible (yet!). Science is so hard sometimes that it will make you want to cry, and the process is a lot messier than it ends up looking once it's written into a publication. My advisor and co-author, Elizabeth Jockusch, gave me some advice that I'm now very grateful for: "The first couple years of your PhD are probably the last chance you'll have in awhile to try to do something that might not work out, so go for it." That's emotionally a lot more difficult than it sounds -- but it's true.

However, it probably didn't hurt that I like to look at treehoppers so much.

Treehopper images in header are copyright Pavel Kirillov, used with permission. See more of his work at his Flickr page, @pasha_k. Video of Bocydium sp. treehopper by the late, and sorely missed, Andreas Kay. 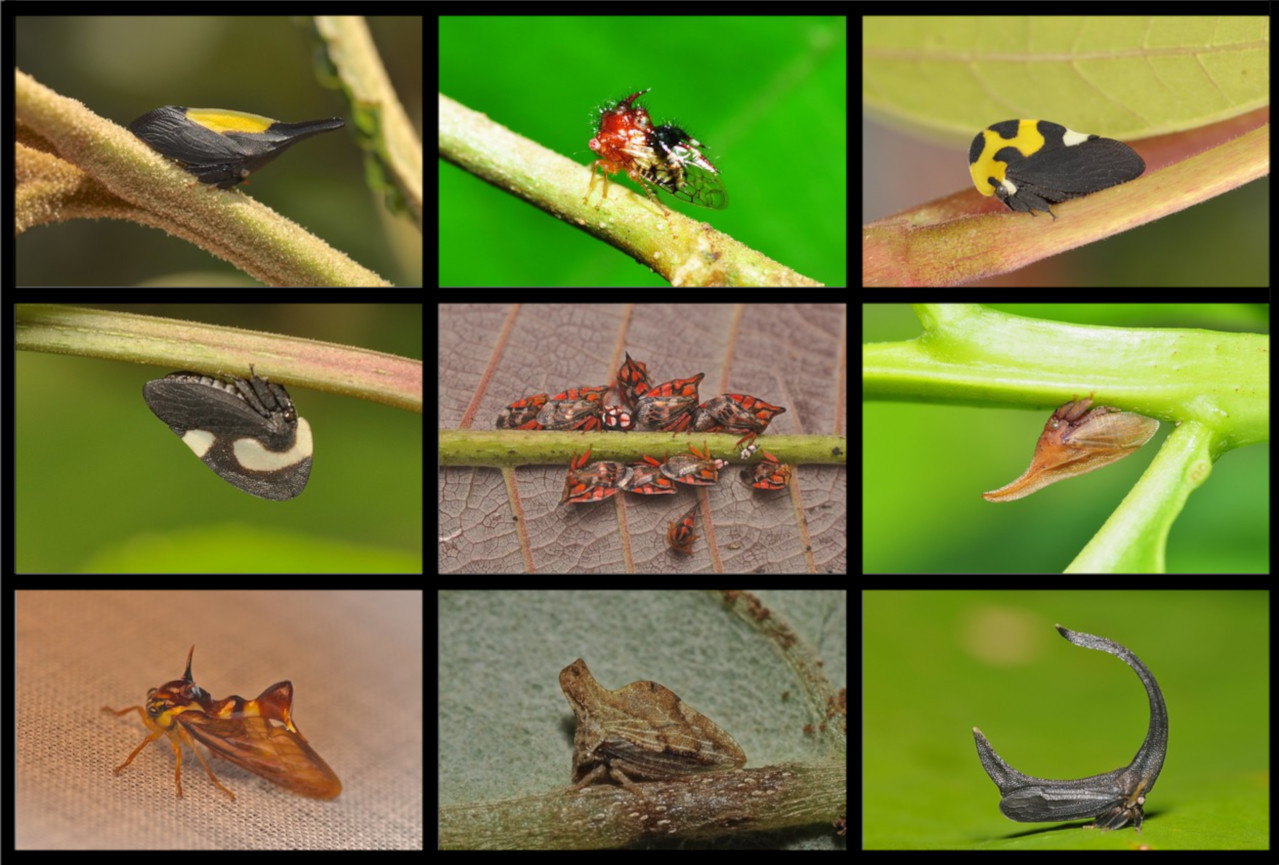 One of the core tensions in evolutionary biology is that natural selection can only operate on existing variation, yet when we look at the world of living things, there is such an unfathomable amount of diversity. How can new traits arise under such conditions?