In humans, prestigious individuals and leaders strongly influence behavioural diffusion processes. Are we the only species demonstrating such a copying bias towards high status individuals? My postdoctoral work aimed at answering this question. Here is the story.
Charlotte Canteloup
Postdoctoral researcher, University of Lausanne
Follow
Like Liked by Donald J Morse
0

As many young primatologists, my dream was to go in Africa to study wild primates in their natural environment. Jane Goodall had autographed me “follow you dreams” in one of her books when I was a teenager and the dream became reality many years later when I got a postdoctoral grant to study wild vervet monkeys in South Africa. I went to the ‘Inkawu Vervet Project’ directed by Pr. Erica van de Waal from the University of Lausanne in Switzerland. The field station, surrounded by wildlife and breath-taking landscapes, is located in a private game reserve, in the middle of the bush, in Zulu land.

May 25, 2017. Mawana Game Reserve, KwaZulu-Natal, South Africa. Around 6am, after having walked across the savannah, we approach the sleeping site of the monkeys at sunrise. In this cold morning of winter, we can distinguish only few fluffy hairballs in the trees. Some throw a surprised look at us when we are busy setting up the experimental apparatus, others end their night huddled together. With the help of two field assistants, I anchor eight puzzle boxes on the ground, separated from few meters from each other but still all visible from my camera plan (picture 1). We chose to offer several boxes to the monkeys to avoid one dominant individual to monopolize the task. Each puzzle box can be opened in two different ways: by lifting the lid on the top of the box or by pulling the drawer to gain access to a slice of apple, a high-quality reward in this scarcity season (pictures 2 & 3). Contrary to previous studies, we did not train some individuals to use one technique over the other in order to mimic and track the natural diffusion of a new behaviour. The first rays of the sun warm up the vervet monkeys who will not take long to get off the tree and inspect the novel objects in their environment. The first motivated monkey to participate to the experiment is Geneva (named after the hometown of the director of the field site!), the alpha female of the group. Being observed by some conspecifics, she succeeds to open the box by lifting the lid at her first trial. Few meters away, Jixi, a low-ranking sub-adult male, tries, unsuccessfully, to open another box. While the camera is recording, we say aloud the name of the monkeys who are manipulating the boxes, the opening technique they use and the identity of the conspecifics who are watching them, trying to do not miss a thing. This day is the first day of my open diffusion experiment in the field and will be followed by many others.

Picture 1: Four of the boxes used in the experiment filmed by one camera. Credit: Charlotte Canteloup

I ran this experiment in two groups of vervet monkeys and, in the second group, the first solver was Liffey, the dominant adult male. After each experiment and, back at the field station, I analysed the video recordings with the help of one assistant. It was time-consuming since we often watched the clips many times and, frame by frame, to record the exact time of every manipulation. After about four months of experiment, the box opening techniques had spread to the majority of individuals in both groups. Back in Europe, I went to England to analyse my data with Dr. Will Hoppitt at the University of Leeds. Will is an expert of the ‘Network Based Diffusion Analysis’, a powerful statistical modelling approach testing for social learning and transmission pathways. This modelling technique allowed us to recreate a dynamic observation network corresponding to who observed whom doing what during the experiments. First, we found that monkeys socially learn - by observing their conspecifics - how to open the boxes. Second, we simulated box opening techniques diffusion within groups by simultaneously testing for different biases: do monkeys copy adults, females, kin, or high-status individuals? We discovered that transmission occurs from higher-rankers to lower-rankers suggesting that monkeys copy their leaders! As mentioned earlier dominants were the initiators of the new behaviour, and we also found that they were more successful overall. But despite their success dominant individuals were not more observed than others, revealing that the observation of a high-ranking had more weight than the observation of a low-ranking! This finding makes a surprising echo to cultural transmission and prestige bias found in humans which could be more deeply rooted in our primate heritage than previously thought. Third, females learnt the foraging task quicker than males. We hypothesize that females may have a better capacity to assimilate ecological knowledge because they remain in their natal group while males disperse to a new group. Fourth, we reported that after having socially learnt one technique, monkeys are more likely to learn the other technique by themselves compared to individuals who do not learn the task. This means that social learning promotes asocial learning questioning thus the widespread idea that only high-fidelity transmission - occurring through imitation, a cognitive ability considered as specific to humans - can generate cultural behaviours. Even if monkeys learnt both techniques, they kept a preference for one technique, which could be at the origin of a behavioural tradition. To conclude, our study brings new pieces to the puzzle of social transmission in vervet monkeys and suggest that we share more and more aspects of social learning, the basis of culture, with our primate cousins.

Charlotte Canteloup
Postdoctoral researcher, University of Lausanne
Follow
I am a young researcher specialized in Animal behaviour and social cognition. I study wild and captive primates with the aim to shed new light on the evolution of cognition, sociality and culture. 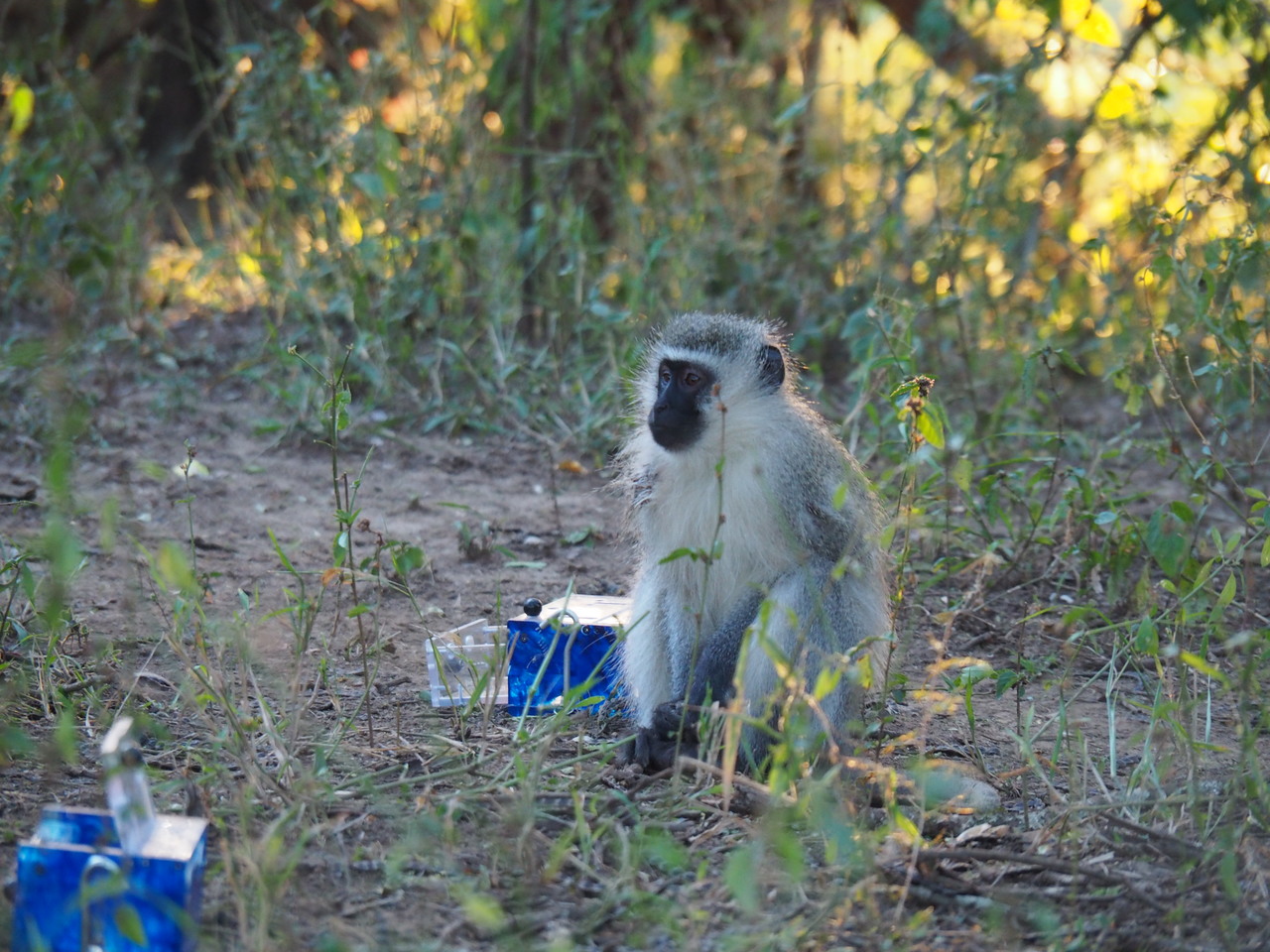 In humans, prestigious individuals and leaders strongly influence behavioural diffusion processes. Are we the only species demonstrating such a copying bias towards high status individuals? My postdoctoral work aimed at answering this question. Here is the story.