Ocean acidification threatens the ability of marine calcifiers to create their calcium carbonate structures. We now know that it is possible for calcareous algae to gain tolerance to ocean acidification over multiple generations of exposure.
Christopher Cornwall
Lecturer | Rutherford Discovery Fellow, Victoria University of Wellington
Follow
Like Liked by Oded Béjà and 2 others
0

In August 2015 our team visited Tallon (Jalan) Island in the Kimberley region of northwest of Australia and we immediately knew we had found a special field site with large natural variations in seawater pH that could enable us to better understand the responses of reef-building and cementing species to climate change. In our paper in Nature Climate Change we detail the findings that juvenile coralline algae can gain tolerance to ocean acidification after multiple generations of exposure in the laboratory.

The scientific community had long speculated that benthic reef-building and cementing species could eventually adapt to ocean acidification if populations of organisms where exposed for multiple generations to its effects. Additionally, many experimental studies had demonstrated that individuals could gain tolerance to the effects of stressors through a multitude of processes that did not involve changes in gene frequencies, but rather “epigenetic” or maternal effects that were passed on from parents to offspring, referred to as transgenerational plasticity of transgenerational acclimation. The scientific community had also long speculated whether regular exposure to extremes in an environmental driver, could promote transgenerational plasticity, allowing individuals to more rapidly gain tolerance to changes in the mean state of these driver.

We needed to rule out the possibility that coralline algae could be gaining tolerance to a laboratory effect. By essentially swapping half of all replicates between their mean pH, for each combination of site of origin (Tallon or Shell Islands) and pH variability exposure (high or low variability), we could achieve this “16 treatment” experiment during our last generation.

Around 60 days later, our unusually long multi-generational experiments that had taken nearly 15 months to undertake were complete. But the data analysis was far from finished. Months later, with thousands of images of coralline algae analysed (taken every two weeks during our experiment) and hundreds of geochemical analyses conducted, the results were official in. Juvenile coralline algae were initially strongly impacted by the effects of ocean acidification, but by generation 7 they were resistant to its effects. Those placed into the novel ocean acidification treatments in generation 7 grew significantly slower than those exposed to 6 generations to its effects.

We had hypothesized that either being exposed to high variability in pH or being from Tallon Island (with higher pH variability) would promote the ability to gain this tolerance faster. However, both hypotheses were incorrect. Additionally, we measured a raft of physiological/geochemical responses over our study duration. Adult coralline algae and corals that can tolerate ocean acidification, do so because they either could maintain high pH or saturation state in their calcifying fluid where calcium carbonate is precipitated. However, this was not the case for our juvenile coralline algae. However, these juveniles were growing much more rapidly than adults. Therefore, they could possibly be drawing down calcium in their calcifying fluid at rates faster than it could be replenished. Therefore, those juveniles that could still precipitate calcium carbonate under sub-optimal conditions, are likely the only individuals to continue to persist under ocean acidification conditions after successive generations.

Importantly, these results now demonstrate the possibility that select populations of coralline algae can gain tolerance to ocean acidification. We face unprecedented challenges in understanding the impacts of climate change before they manifest. We have limited time to act. However, our results indicate that the myriad of short-term experiments that have typically been undertaken may not have painted accurate pictures of trajectories of future states in some taxa. We now plan to test the generality of these results with additional species in other locations. 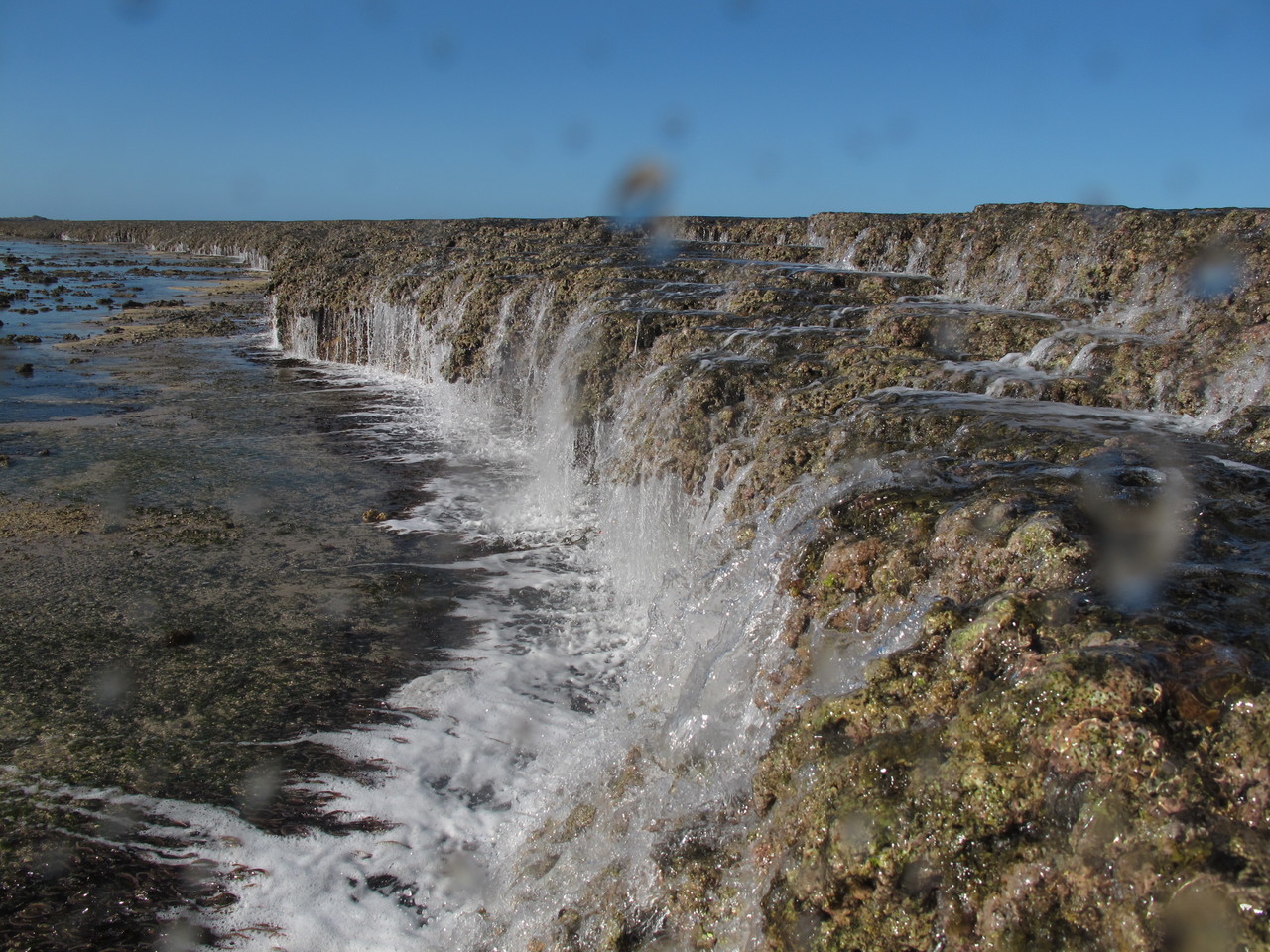 Ocean acidification threatens the ability of marine calcifiers to create their calcium carbonate structures. We now know that it is possible for calcareous algae to gain tolerance to ocean acidification over multiple generations of exposure.