It was 6:30 am on October 29 when I received the message: “We are OK, but just letting you know we are surrounded by bushfires.” My parents live on the coast of New South Wales in Australia and are two of the many, many Australians who have been faced with a horrendous bushfire season. I am currently based in the Netherlands - 16 500 kilometres away - and have been faced with the feelings of helplessness and eco-anxiety from watching my country burn. In the case of my parents, they were extremely lucky and the fires were contained before any damage was done to their property, but this was not the case for many Australians with over 5 900 buildings including over 2 800 homes burnt, an estimated cost of over $100 billion AUD in damages and the loss of human lives. And the impacts of these fires will be felt for a long time yet.

What makes these fires so special?

But bushfires are normal in Australia, no? While fire is a natural part of the Australian ecosystem, the 2019-2020 fire season has been uncharacteristic. There were so many fires present in New South Wales and Victoria, that a state of Emergency was declared. With over 18 million hectares of land burnt and continuing to burn, this is the most extensive area burnt (25 times larger) since the Black Saturday fires in 2009. The fires have been so large and intense that they have created their own weather systems by creating their own pyrocumulonimbus clouds and thunderstorms potentially leading to additional fires. It has been estimated that this fires have released 400 megatonnes of carbon dioxide so far – equating to the total of Australia’s annual carbon emissions. Intense smoke and air pollution across Australia resulted in post-apocalyptic images of people walking the smoke-laden streets in masks. In Canberra, the smoke was so bad – with air quality readings higher than those of Beijing or New Dehli - that hospital equipment was impacted including the MRI machines. Not to mention the health impacts of exposure to poor air quality. Large smoke clouds even travelled internationally, reaching New Zealand and South America. Aside from smoke, fire also produces ash, which is deposited over large areas including the ocean, rivers and dams via wind and rain. This can cause issues for drinking water supplies, with many areas of Australia already struggling with the drought and limited water supplies.

One topic that has received a great deal of media attention are the ecological impacts of these fires. Some truly terrifying numbers have been presented with an estimate of over 1 billion animals killed. And yes, this does include koalas, but there is a plethora of other vulnerable and threatened species that have been impacted including the Broad-headed Snake (Hoplocephalus bungaroides), Greater Glider (Petauroides volans) and Spotted Tree Frog (Litoria spenceri). This is particularly worryingly for those species that are only found in small patches of remnant habitat, including the Kangaroo Island Dunnart (Sminthopsis aitkeni), the Blue Mountains water skink (Eulamprus leuraensis) and the rufous scrub-bird (Atrichornis rufescens). The story is similar for plants, with 47 species that have had at least 80% of their known range burnt. The impacts on invertebrate species are probably similar, however, due to massive knowledge gaps, quantifying these impacts are difficult. Accumulation of ash can have negative impacts on coastal ecosystems and freshwater systems such as algal blooms and fish kills. There have also been some heroic attempts to minimise the ecological impacts of the fires. For example, a team of firefighters were deployed to successfully save the Wollemi Pine (Wollemia nobilis) from the fires. However, with the size and scale of the fires, it is impossible to use this approach to save everything.

It has also had a massive impact on Australian research, destroying scientific equipment, disrupting data collection or wiping out study populations. Many of these impacts on research are still unknown and will become clearer once these areas are safe again to visit. However, it may not be all doom and gloom, with the fires presenting new study opportunities such as the management of invasive species and investigating the impact of fire management of ecosystems.

2019 was the hottest and driest on record for Australia, with the temperatures in December resembling those predicted under future global warming scenarios. The increasing prevalence of warm temperatures, low humidity, high wind speed and the quantity of dry fuel and soil is going to be the perfect combination for fires. While there is some natural climate variability, climate change is a contributing factor towards this current fire season and future fire seasons. There is evidence that fire frequency has been increasing and may increase into the future. I hope that something positive can come out of such devastating and on-going events. I hope these events act as a wake-up call, not only to Australia, but to all nations. We can no longer ignore climate change – it is happening, and the consequences are real. If we don’t want this to become the new norm, we need to act now. This does not mean responding to events as they occur, but attacking the issue from the core – reducing greenhouse emissions. If only the Australian government could stop squabbling and passing blame for the current state-of-affairs or taking holidays in Hawaii during a major natural disaster. Will I be waking up to terror-inducing messages from family and friends with increasing frequency? I most certainly hope not. 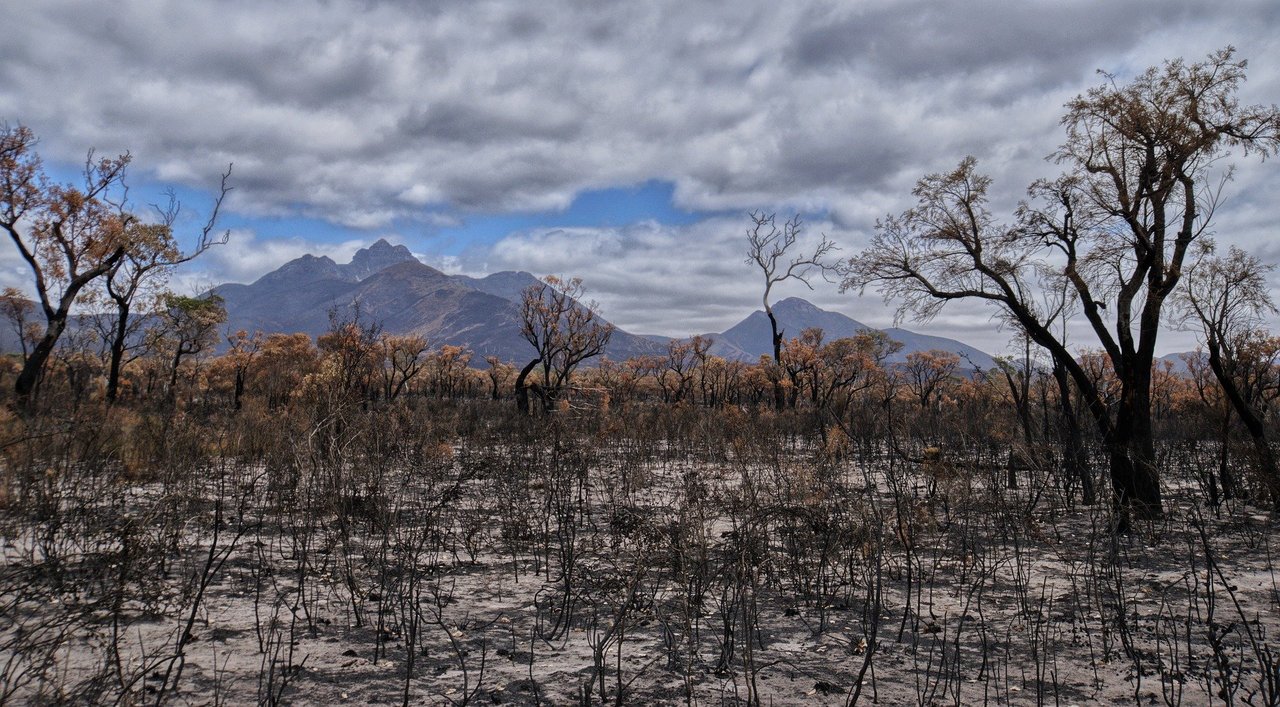