Does plant diversity matter for a large herbivore like the moose?

Eating is actually pretty complicated. Wild animals not only have to work hard to find their food, they also have to trade off a food item's benefits against the increased risk of predation, exposure to plant toxins, and competition with their own and other species. What an individual eats, and where and when it does so, is in-turn an important determinant of its reproduction and survival.

In this study we have, with the help of hundreds of volunteers, investigated how wild moose (Alces alces) living in highly modified landscapes in southern Sweden, manage to compose their diet despite limited plant diversity and extensive human modification of the landscape. This can cause food resources to become concentrated in space and time. In southern Sweden humans largely control both the moose’ food resources and mortality rates. This has led to an increase in some populations of moose and deer, which adds to the problem of higher competition for the food that becomes available.

Every winter moose are hunted in Sweden. This hunting effort is highly regulated with the aim to balance population numbers and forage availability. My colleagues and I asked hunters to collect rumen content for us from these hunts so we could study what the moose had eaten on a large scale. Moose are typical “browsers”, which means they eat twigs and leaves from trees, as well as shrubs, herbs and grasses. Moose can cause costly damage when they browse on trees used for timber production. For this reason forest managers are eager to learn more about how moose select their food, how land use influences this choice, and what the repercussions may be for the forest and for the moose themselves.

The collaboration with volunteer hunters was very successful. We obtained rumen samples from almost 500 moose, from seven different populations (composed of multiple subpopulations) inhabiting over 10 000 km2. In this publication we report on the results from a macroscopic analysis of their rumen contents. Our results show that differences in plant diversity and composition of the moose’ winter diet was related to the variation in moose calf body mass, which we use as an indicator of their nutritional status.

First, it was very interesting to see that the diversity of different plants in their diets was positively associated with the mean calf body mass of subpopulations. Furthermore, we found the extent to which the composition of the diet mattered. A species-rich diet relatively rich in broadleaves (such as willow and aspen) was associated with higher calf body mass than a less variable diet dominated by conifers. A diet high in sugar/starch rich agricultural crops was associated with intermediate body mass. In the paper we discuss how this finding provides an interesting addition to our knowledge of how widespread supplementary feeding (often involving energy-rich crops like sugar beets) may affect wildlife. Regarding the overall diet composition of the southern Swedish moose, we confirmed that Scots pine (Pinus sylvestris) is a staple food for them (about 30% of the dry matter), but were surprised that almost as much of their diet was represented by dwarf shrubs (three species of the family Ericaceae).

All of these findings from rumen samples need to be placed in the context of what the landscape provides in terms of forage. Therefore we looked at land use within their home ranges, finding that moose populations with better access to young forest (0-15 yrs old) had higher calf body mass. It is during this phase of the forest rotation period that the availability of tree browse within browsing height is the greatest.

Our results emphasize how important varied diets are for a large herbivore inhabiting these landscapes. The results also suggest that variation in winter food composition and quantity is potential an important explanatory factor behind regional differences in body mass in Scandinavian moose. This result has wide implications, as body conditions early in life can affect many aspects of adulthood, including reproduction.

We suggest that efforts to increase both the abundance and the diversity of plants – broadleaved trees, shrubs and herbs – should benefit populations of moose, and likely other large herbivore species as well. Such efforts should at the same time reduce the browsing pressure on the economically valuable conifers used in timber production. A win-win-win could therefore be found for the hunting community (who value large body weights), the forest owners (who desire lower damage levels), and the overall diversity of plants and animals.  It has been a real pleasure conducting this study, especially thanks to all the volunteers who contributed, and to whom we are so thankful for their efforts!

To find out more, read the full paper here: https://rdcu.be/b1eJe

Interesting work! Did you look at the net energy content of the different type of browse throughout the year, or for example young vs mature leaves? It is true that browse height is important but also fiber and lignin content are important factors. I am curious to know if the individuals who had a wider choice of food were selective or bulk feeders.

Hi Fabio, thanks for your comment. Good questions! I agree that the chemical contents of the forage are very important factors to consider. In this study we only focused on the winter season, not the whole year. But we did sample food plants (twigs, needles, shrubs), and conducted chemical analyses both on these plants and on the rumen samples themselves. We have found interesting patterns here, and this will be the focus of another paper coming up soon. With these data I cannot answer your question about the selectivity vs bulk feeding, but we have found interesting things regarding the moose' macronutrient balancing, and the disrupting effect of energy rich root vegetables on the nutritional balance of the moose' rumen. Stay tuned :)

Thanks for the reply, I am doing some work on the energetic content and digestibility of plants and crops, so I look forward to seeing your results in terms of the effects of energy rich vegetables, keep me in the loop. 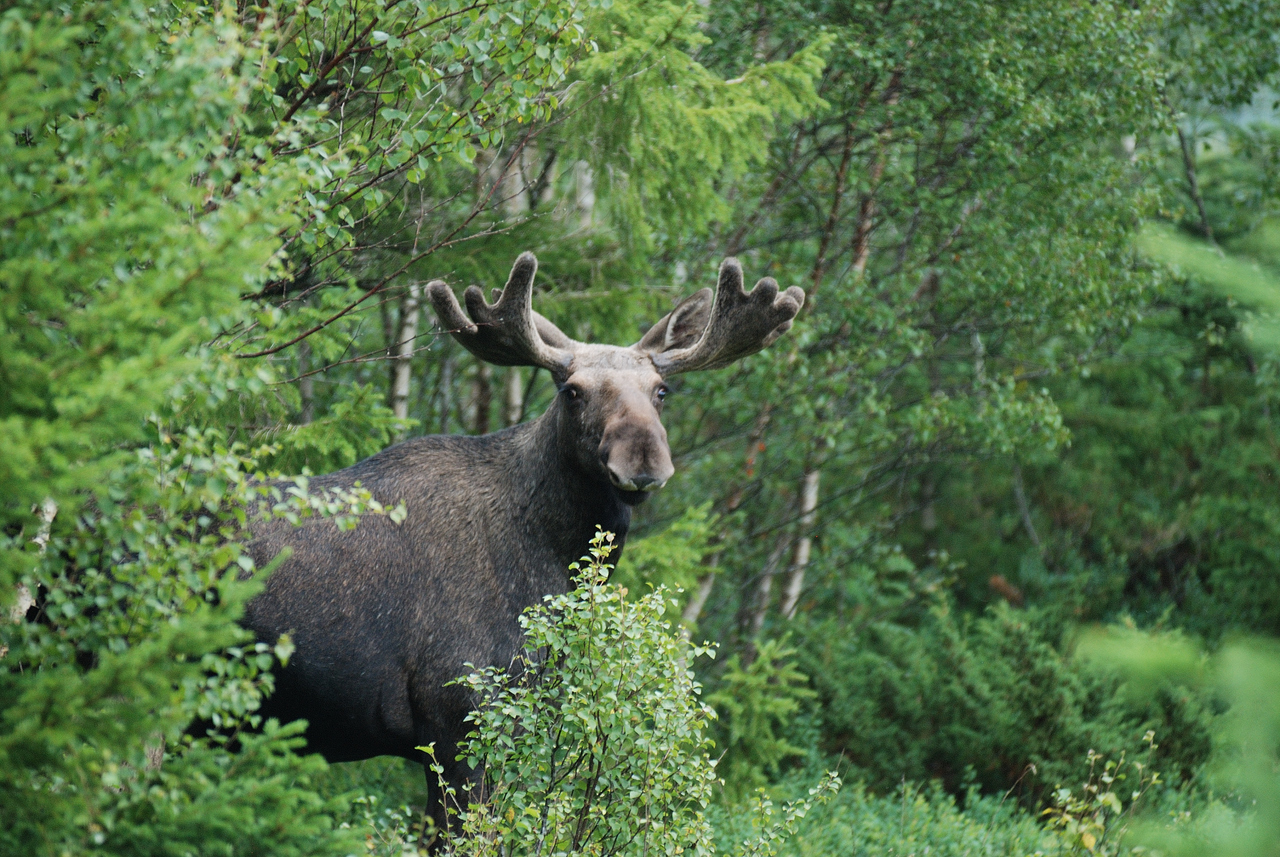 Does plant diversity matter for a large herbivore like the moose?