The anatomy, paleobiology, and evolutionary relationships of the largest extinct side-necked turtle

Around 13 million years ago northern South America was a bit different landscape in contrast to today's high mountains of the Andes and major river basins (Amazon, Orinoco, and Magdalena). Geological and paleontological evidence shows that it was a low topography, extensive connective wetland ecosystem facilitating the dispersion and wide biogeography range for the fauna and flora. Major components of this fauna were the giant reptiles including several species of crocodiles, caimans, and turtles. In 1976 a giant turtle Stupedenmys geographicus was found in northern Venezuela (1). For decades aspects of its paleobiology were unknown, one of the major motivations for me and my colleagues to search for new and better-preserved fossils of this extinct giant (Figure 1).

Figure 1. Excavation of one of the new specimens of Stupendemys from Urumaco, Venezuela, June 2016.

We received funding from the National Geographic Society-Waitt Foundation to explore previous and new localities in Venezuela and Colombia, which ended with the discovery of four new specimens in total; including the first complete lower jaws for this species, found in the same rock horizons that we found the shells. We performed extensive comparisons between the fossils and the lower jaws of extant South American side-necked turtles to establish the potential diet of S. geographicus (Figure 2). We conclude that it was able to feed on carnivorous prey including fish, small caimanines, and snakes, at the same time the flat component of the midline dentary bone indicates that it was also able to have a durophagous diet, crushing hard-shelled prey such as mollusks. Increasing the diet niche breadth would have favored maintaining a very large body size in this turtle, resulting in a body size–environment productivity correspondence.

Another remarkable feature of the new fossils of S. geographicus is the occurrence of horned-shells in some of them, which we interpret as characteristic of males. These horns are particularly massive in the largest specimen for this species (2.86 m carapace length), which represents the largest carapace of a turtle so far known (Figure 3). The occurrence of deep grooves in the massive horns of all three new specimens of S. geographicus from Urumaco, Venezuela described in our study (2) indicate that they were true horns with a bony core covered by a keratinous sheath that was strongly attached via the grooves, similar to horns of extant artiodactyl bovid mammals, and that they played a key role not only for defense, but also for combat between males, as indicated by the elongated and deep scar in the left horn of the largest shell of S. geographicus (Figure 3).

Figure 3. Left horn of the shell with combat scars (upper) and showing the deep frontal grooves. The shell of the largest specimen of Stupendemys (bottom-left) including a thickness map (bottom-right). 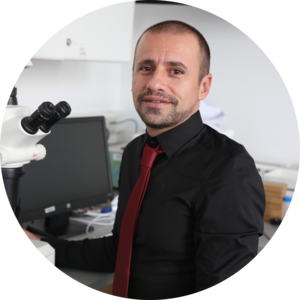