Our paper, published today in Nature Communications, is a collaboration between archaeologists and traditional owners to identify evidence of the earliest plant foods eaten by Australian Aboriginal populations, 65–53,000 years ago.

The movement of early human populations through Island Southeast Asia and into Sahul (the Pleistocene continent, covering modern mainland Australia, Tasmania and New Guinea) is one of the great journeys in human history: a sizeable population, making deliberate sea crossings to enter the continent by at least 65,000 years ago. Models to explain this have often emphasised the ‘easiest’ path of dispersal, humans following coastal environments, and the lure of their high-ranked, easy-to-catch resources (e.g. giant clams) out of Africa and into Australia. However, archaeological research along this southern dispersal route, is beginning to emphasise the early movement of populations into non-coastal environments, including rainforest, high-altitude and arid ecosystems. Adaptation to these environments was likely underpinned by the use of a broad range of foods.

Our paper, published today in Nature Communications, is a collaboration between archaeologists and traditional owners to identify evidence of the earliest plant foods eaten by Australian Aboriginal populations, 65–53,000 years ago. The plant foods, recovered from the earliest layer of occupation at Madjedbebe, a sandstone rockshelter on Mirarr Country in northern Australia, provide the earliest evidence of plant foods use by modern humans outside Africa and the Middle East. They also provide new insights into the complex lifestyle of the first Australians, helping us to understand how they adapted to and thrived in this new continent.

The evidence for this comes in the form of pieces of charred plant remains burned and preserved as charcoal fragments in ancient hearths. These were discovered due to a simple yet effective method: water flotation, which uses the natural buoyancy of these tiny charcoal fragments to separate them from the heavier sandy sediment. These remains represent the waste of meals shared at this rockshelter tens of thousands of years ago.

Identification of these plant remains is not a simple job and it relies heavily on both Indigenous and scientific knowledge. During this study myself and traditional owners, May Nango and Djaykuk Djandjomerr, spent time on Mirarr country collecting, preparing and eating Australian plant foods. Whole specimens and the by-products of our meals were taken back to the University of Queensland Archaeology Laboratories and compared using light and scanning electron microscopy to the archaeological plant remains.

Elements of the ancient charred fragments of plants, such as their morphology, cell structure and non-carbon inclusions (e.g. silica phytoliths) allowed for their identification in comparison to the modern plants we collected. Further, the part of the identified plants preserved at Madjedbebe was compared to the parts leftover from the different stages of processing and cooking of the plant foods that we had done on Country. This allowed us to move from pieces of charcoal to the past behaviours of humans living at Madjedbebe.

We were able to identify a number of different plant taxa that were eaten by populations living at this rockshelter 65-53,000 years ago, as well as the processing techniques used to make them edible. These included a number of fruits (Buchanania sp., Persoonia falcata, Terminalia sp.) and easy-to-crack nuts (Canarium australianum), which were likely eaten un-processed, their pips and nutshells thrown into fireplaces afterwards; the cooking, and in one case peeling, of several roots and tubers; the roasting and likely pounding of two types of Arecaceae palm pith, allowing for the separation of their edible starch from less-digestible fibres; and the laborious extraction of pandanus kernels (Pandanus spiralis). I completed this final task with an electric power saw. However, before metal and electricity was available in this region pandanus drupes would have been broken open through pounding with a mortar and pestle. 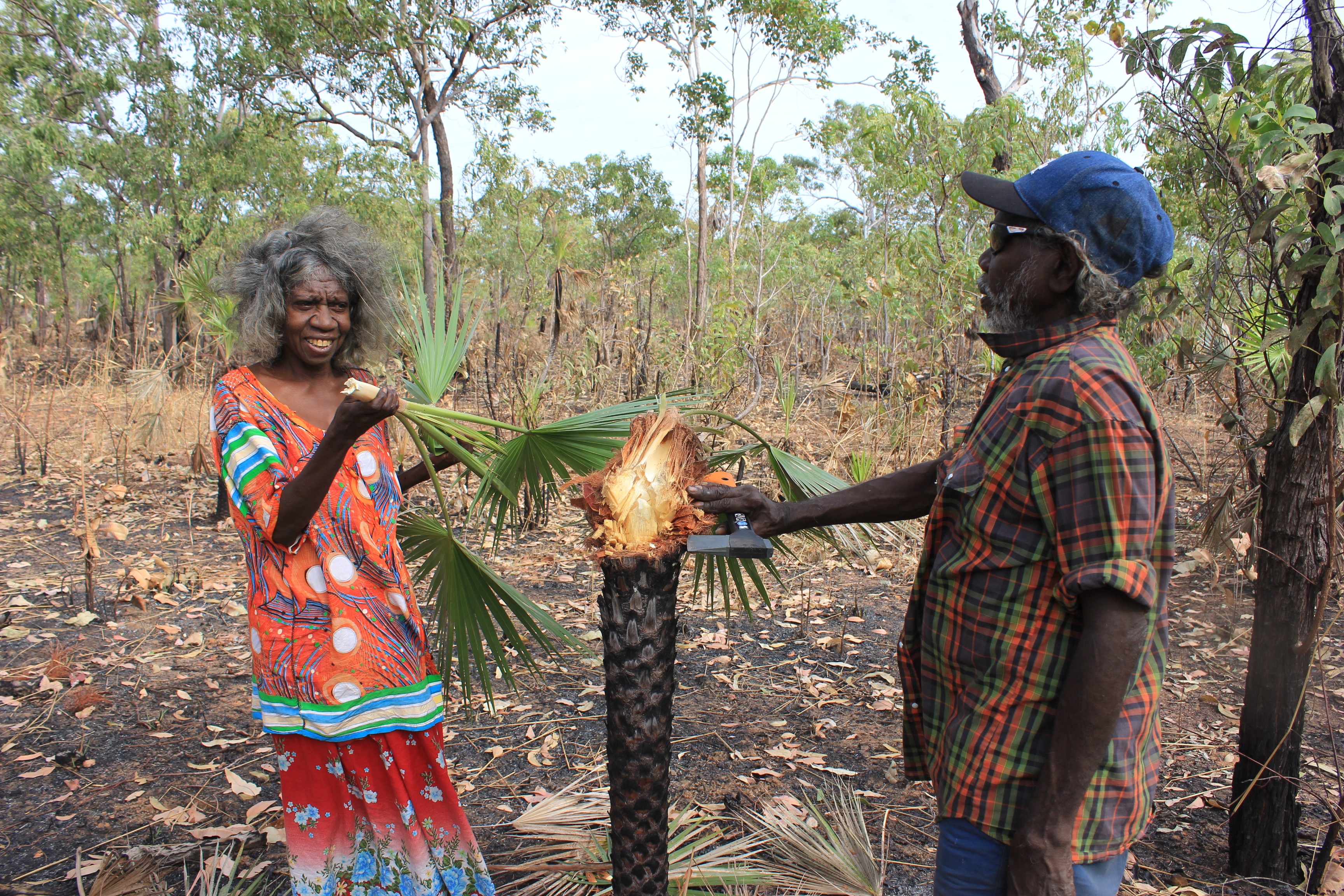 May Nango and Djaykuk Djandjomerr cutting the palm heart out of a man-marrabbi or sand palm (Livistona humilis), photo is author's own

Further evidence of plant processing comes from the extensive assemblage of grinding stones found in this earliest archaeological layer. Microscopic traces on some of these grinding stones show evidence of the grinding of seeds. This represents the first evidence for seed-grinding outside Africa and along with other discoveries at the site, including the earliest edge ground-axes in the world and the first recorded use of reflective pigments, it demonstrates the technological innovation of the first Australians.

Together this evidence suggests that the early population living at Madjedbebe invested knowledge and labour into the acquisition of a diverse range of plant starches, fats and, in the case of pandanus kernels, proteins. This is seen both in the completion of the multi-step processing techniques required to extract some of these nutrients and the production of the technology involved.

This does not fit the ‘easiest’ path models of human movement through this region. Instead, it fits with other emerging evidence for the complex foraging behaviour of the early modern human populations leaving Africa. Crossing the Wallace Line was an amazing feat, human populations encountered increasingly weird and wonderful environments as they moved through Island Southeast Asia. The first Australians drew on the behavioural flexibility and innovation that had allowed them to traverse this region to again adapt to a new environment; implementing their considerable botanical knowledge in this novel Australian setting. 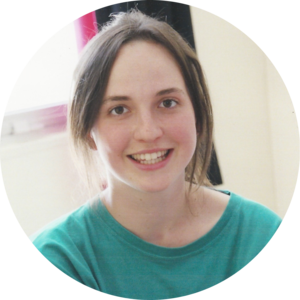 Anna Florin is a research fellow in the ARC Centre of Excellence for Australian Biodiversity and Heritage at the University of Wollongong and a PhD candidate in the School of Social Science at the University of Queensland. She studies charred plant macrofossils from ancient fireplaces to understand the diets of people in the past, specialising in the analysis of roots and tubers, and other tropical plant foods. She works closely with Traditional Owners in Australia to understand how different plant-processing practices can be seen archaeologically. She also uses stable isotope analysis of plant macrofossils to study past changes in environment.
Follow