Of kings and Alpine ibex: the amazing resurrection of a species from near-extinction

The survival of Alpine ibex, the flagship animal of the European Alps, was hanging on a thin thread and the majestic animal would only be a sad reminder of history. Serendipity and the determination of a few daring Swiss helped Alpine ibex survive and repopulate the Alps by the ten thousands.
Daniel Croll
Professor, University of Neuchatel
Follow
Like Liked by Ben Johnson and 3 others
0

The story begins with the steady and devastating decline of Alpine ibex during medieval times. Locals could easily hunt ibex because the animals tend to show little fear and search refuge in steep terrain instead of fleeing. The decimation brought the species to near extinction in the 19th century. The contemporary Italian king Vittorio Emmanuelle II enjoyed the Alpine ibex hunt very much himself. Facing declining populations, he decided to establish a game park protected by locals. But instead of protecting Alpine ibex, the park served as a protected ground for the king's yearly summer hunting trips. In the 19th century, Alpine ibex were eradicated across the Alps and the king's protected hunting ground became the sole surviving population. The king killed many thousand individuals and decorated his hunting castle with the collected horns. Yet, he just did not manage to kill them all.

At the dawn of the 20th century, two ingenious Swiss with the help of an Italian poacher sneaked into the park and smuggled three younglings over the border to Switzerland. The animals reproduced well in local zoos and soon more individuals were smuggled across the border. In 1911, the first population was reintroduced in the Swiss Alps, followed by many more. Careful planning dictated a very specific reintroduction scheme, with individuals from certain well-established populations being translocated to not yet populated areas. The consequences are not only that the species survived but that Alpine ibex represent one of the best documented, successful species reintroductions.

The park still exists and is now known as the Parco Nazionale Gran Paradiso. More background on the reintroduction of Alpine ibex can be found here.

In our paper, just published in Nature Communications, we studied Alpine ibex populations for signatures of their recolonization history. We analyzed an extensive dataset of 60 genome sequences of Alpine ibex and six closely related species. Alpine ibex are currently considered Least Concern by the IUCN. Yet, we found an accumulation of deleterious mutations compared to species that have not suffered such a severe bottleneck. A significant mutation burden may impact a species in the long run. Should the census-size based IUCN assessments be expanded to include genetic risk factors where known?

Our study highlights that even successfully reintroduced species may carry forward genetic risks. We suggest that to ensure the long-term survival of a species, at least ~1000 individuals should be preserved. This makes conservation efforts aimed at the thousands of critically endangered species even more pressing.

Daniel Croll
Professor, University of Neuchatel
Follow
Daniel joined the University of Neuchâtel as an Assistant Professor in 2017 where he leads the evolutionary genetics lab. The lab's main focus is host-pathogen interactions but Daniel is happy to dabble in many other population genetics or genomics topics. 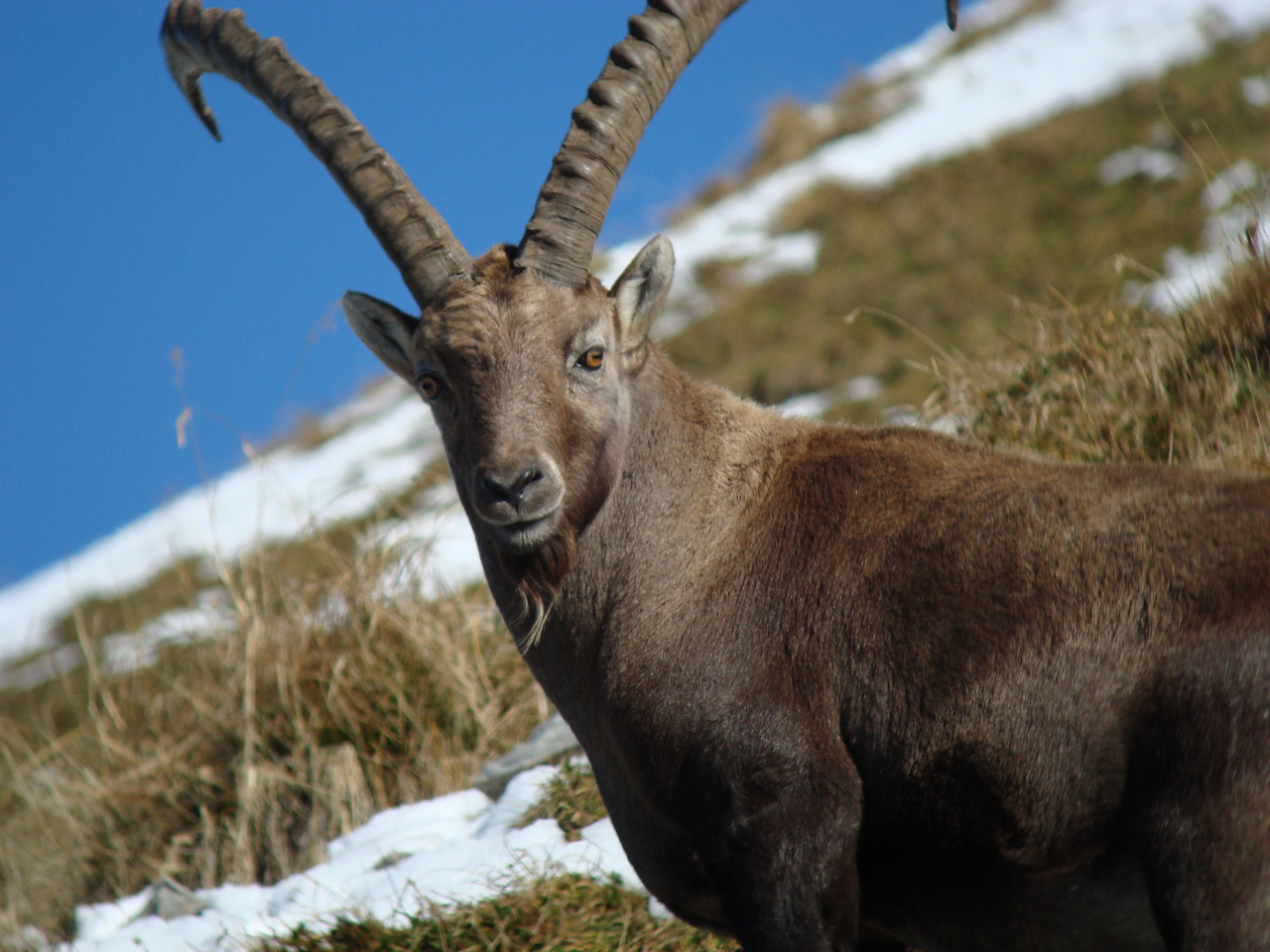 Of kings and Alpine ibex: the amazing resurrection of a species from near-extinction

The survival of Alpine ibex, the flagship animal of the European Alps, was hanging on a thin thread and the majestic animal would only be a sad reminder of history. Serendipity and the determination of a few daring Swiss helped Alpine ibex survive and repopulate the Alps by the ten thousands.