Are global patterns of threatened vertebrate species richness driven more strongly by environmental features or human activities?
Christine Howard
Postdoc, Durham University
Follow
Like Be the first to like this
0

Understanding to what extent geographic patterns in threatened species diversity are driven by environmental features or human activities could aid conservation. Here, Howard et al. investigate broad scale patterns in species richness of threatened vertebrates and test the role of environmental and…

Rates of global biodiversity loss are now at their highest levels in over 10 million years and are continuing to accelerate. According to the Intergovernmental Science-Policy Platform on Biodiversity and Ecosystem Services up to one million species may currently be at risk of extinction, many of which could be lost within decades. If we are to protect nature and prevent further loss of biodiversity, urgent action is required. But where should we protect? In which areas are extinctions most likely to happen, and why?

Species extinctions are often a consequence of human activities. Habitat loss, increases in human population size and the pressures of invasive species have all been linked to species’ extinctions. Some species communities, however, may naturally be at greater risk than others to these threats. Certain environments – such as those found in mountainous regions, the tropics and on islands – often harbour small range, endemic species. These species, which often occur at low population densities, are more vulnerable to extinctions resulting from changes to their environment, random population fluctuations or local catastrophes. The number of threatened species found in a particular area is likely to be a product of an interaction between these two processes- the environmental conditions that promote the occurrence of extinction prone species, and the threatening human activities that are so often linked with the loss of biodiversity.

To examine the extent to which environmental conditions and human activities explain variation in where concentrations of endangered species occur, we used data on the distributions of over 26,000 species of terrestrial vertebrates classified as being at risk of extinction by the IUCN.

We found that environmental conditions are more important for explaining why some parts of the globe harbour more endangered species that others. In particular, we found that areas that are warmer, less seasonal, more topographically variable or have less space, such as small islands, are more likely to contain disproportionate numbers of threatened species.

We then explored how the drivers of threatened species richness vary between taxonomic groups and between different regions of the globe. We found substantial variation in the dominant processes that explain the variation in threatened species richness.  These differences, we suspect, are driven by the varying sensitivities of species to different threats. For example, we found that topographic variation was important in determining where high numbers of threatened amphibians occur, an effect that we found to be particularly strong in South America, the Amazon and Australasia. This reflects the distribution of Chytrid fungus, an infectious and deadly disease that has been linked to the dramatic declines of amphibians. Until recently, but see here, this disease was most notable in high-elevation amphibian communities in the mountainous regions of the Americas and Australia.

The Panamanian golden frog (Atelopus zeteki) is classified as critically endangered by the IUCN and presumed extinct in the wild due to the spread of chytrid fungus, Photograph by Brian Gratwicke, licensed under CC-BY 2.0

It is important to stress that our results do not suggest that human activities are unimportant for driving species’ extinctions. In fact, we find that specific human threats are often the most important individual predictors of where concentrations of threatened species may occur in some regions. For example, we found that in the Amazon threatened species richness is most strongly linked to landcover change. This a region that has lost 17% of its rainforest over the past 50 years. Similarly, In Europe we found that concentrations of threatened species are associated with number of invasive species. There are over 12,000 alien species in Europe, of which 15% are invasive.

Conversion of rainforests for agriculture is one of the main forms of landcover change in the Amazon, Photograph by Matt Zimmerman, licensed under CC-BY 2.0

Our study suggests that some taxonomic groups and some regions may be inherently more vulnerable than others to the effects of human threatening processes, such as climate change and habitat loss. This has important implications for conservation planning. Knowing how vulnerable different regions are, can aid decisions about where to protect and how stringent protection needs to be, which can in turn form the basis of a global conservation strategy. 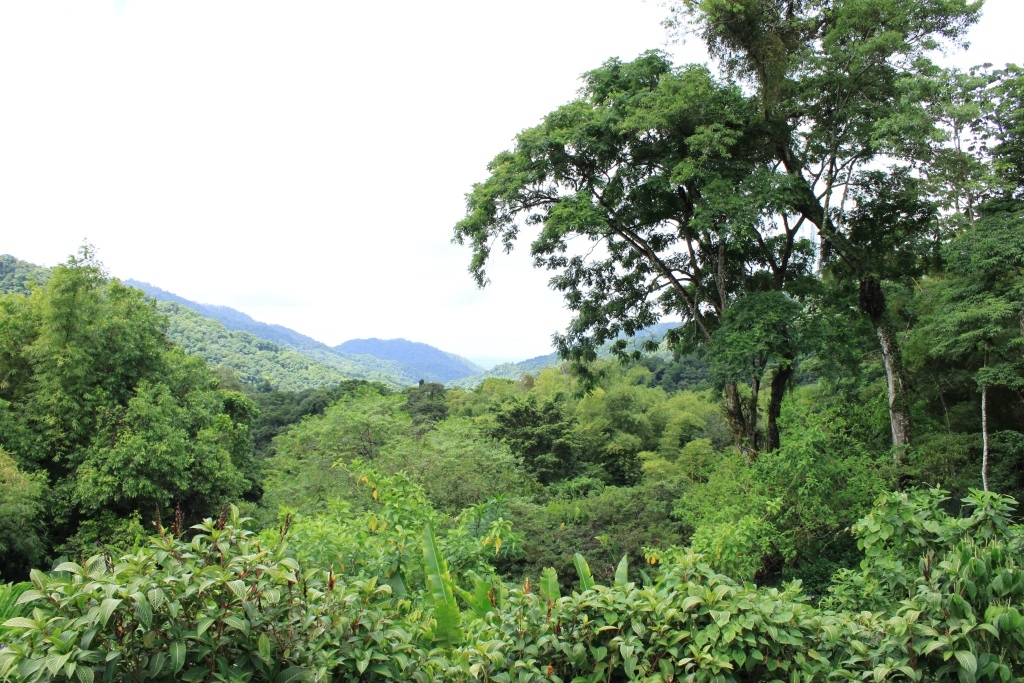