Most animals must develop from an undifferentiated zygote to an independent organism. This development is costly, and is heavily dependent on temperature. Temperature affects the rate at which embryos burn resources, and it determines developmental duration. Together these two processes determine the overall costs of development. In our recent paper (https://www.nature.com/articles/s41559-020-1114-9), we show that most organisms have evolved temperature dependencies that minimise these costs. The discoveries made in the paper have led to a whole bunch of new research questions for our group, but the paper itself was kind of accidental and the by-product of other work.

For a different project (https://onlinelibrary.wiley.com/doi/abs/10.1111/ele.13213), we were interested in why mothers tend to produce smaller offspring when they're exposed to slightly warmer temperatures. We thought development in higher temperatures would be energetically 'cheaper', allowing mothers to make smaller offspring (and therefore produce more of them). We tested our hunch by collecting all the data we could on the temperature dependence of metabolic and developmental rates. We fit simple exponential functions for both metabolism and developmental durations and found that, because development is almost always more temperature-sensitive than metabolism, the costs of development almost always decrease with increasing temperatures. We thought this was a cool insight, and led to a really great paper led by Amanda Pettersen (now at Lund University). But something was bugging me.

What a difference a constant makes...

To better test this observation, we turned to Mike Bode to derive an analytic solution to the problem. I remember I called in with my poorly organised thoughts on a Friday afternoon and Mike said he was interested, but might not be able to get to it any time soon. I said that was of course fine. The next day, Saturday night actually, I received an analytical solution from Mike - he'd been intrigued by the problem and couldn't put it down. Mike had provided an elegant derivation that solved for Topt given four parameters from the metabolic and developmental temperature dependency equations. I started entering in the parameters to calculate Topts for each species. The first one came out at ~19 degrees, when I checked the typical environmental temperature for that species, it was 19.5. “Cool,” I thought. I kept entering parameters and found to my delight (immediately followed by deep scepticism), near perfect correspondence between the environmental temperatures we collected a priori and Topt. By the end, the R squared between Topt and the environment temperature was around 0.8 - the values were weird congruent. I showed it to a trusted colleague who exclaimed, “Well, it must be wrong,” and I agreed, “But how?”

We poked it and prodded it, trying to work out what we'd done wrong, but the relationship remained stubbornly strong. Then I explored either side of Topt for each species and found that the costs of development skyrocketed either side. Eventually, we had to accept that the congruence between Topt and environmental temperature was driven by the necessity of that being a good match - development is just too costly for organisms if they don't have Topts that closely match their local environment.

What's neat about this work, for me at least, is that it has just enough mechanism in it to predict the things we're interested in. I think it's wild that knowing four parameters that describe the temperature dependencies of development and metabolism can almost perfectly predict the thermal niche of a species. The work has led to a whole new way of thinking for us, there are some interesting and alarming implications of our study. We're now frantically working through these ideas, but for now, I think it's just been fun to work up these ideas and apply them to such a diverse array of organisms. 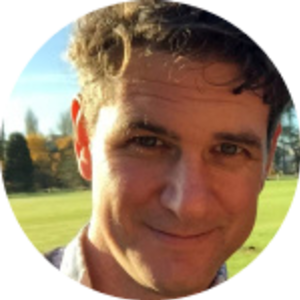