Three iron minerals found in alkaline hydrothermal vents are shown to convert CO2 and H2 into formate, acetate and pyruvate in water, suggesting that such reactions could have paved the way for early metabolism.

Since their discovery 40 years ago, submarine hydrothermal vents have been a focus of research on life’s origin. They harbour conditions that are just right to promote the chemical reactions that biologists suspect to have fuelled the first biochemical pathways and the first free living cells. Just recently a study showed that protocells can form under the conditions found in such systems. Successful CO2 fixation under these conditions was always a declared goal as it is the starting point of primitive metabolism. Why? It is a crucial concept of origin of life research to find a connection between abiotic processes in geochemical settings and life’s biochemical pathways. Carbon fixation is a great starting point from both a geological and a biological perspective. There are autotrophic microbes, acetogens and methanogens, that use hydrogen gas (H2) as an electron and energy source to fix CO2 via a metabolic route called the acetyl-CoA pathway. The microbes first convert H2 and CO2 to formate, acetate and pyruvate, which contain one, two and three carbons, respectively. From these biomolecules they then make all of their organic material through a dense roadmap of complicated reactions, in short: metabolism. Notably, H2 is also a main component of the effluent that emerges from alkaline hydrothermal vent systems.

There have been lots of attempts so far to fix CO2 under hydrothermal vent conditions: ion gradients, iron sulfides, minerals. It always worked a little, but not convincingly so in the context of a “geo to bio” transition. Before our group, led by biologist Bill Martin at the Heinrich Heine University in Düsseldorf took up this challenge, a fresh perspective was necessary. A hint came in the form of a native metal mineral, or more precisely, a nickel-iron intermetallic compound called awaruite (Ni3Fe) which is found in hydrothermal vent systems. Why was this interesting? First of all, minerals like iron sulfides have been investigated in an origin of life context for a long time—and for a reason. Such compounds have something in common with enzymes that do the job of CO2 fixation in the acetyl-CoA pathway mentioned above: transition metals. Within the enzymatic active site transition metals facilitate numerous reactions that otherwise would take forever. The same catalytic effect can be expected in abiotic, chemical systems. What made awaruite especially interesting was that both nickel and iron are zero valent here, they are able to give away two electrons in contrast to, for example, Fe2+ sulfides, which can only perform one-electron reactions. The zero valent state is also adapted by some transition metal ions inside of enzymes and was definitely something that was not sufficiently investigated. At least not when the project started.

We began with the experiments of mineral-mediated CO2 fixation and got first promising results thanks to awaruite freshly synthesised by the group of chemist Harun Tüysüz at the Max-Planck-Institute for Coal Research. One year into the experiments, we found that another group based at the University of Strasbourg, with chemists Joseph Moran (PI) and Kamila Muchowska (research fellow), was working on very, very similar reactions, not with awaruite but simple metal powders like iron or nickel, so the elemental components of awaruite. The astonishing results were that the abiotic CO2 fixation products corresponded to products and intermediates of the acetyl-CoA pathway. So far so good. Our goals being so similar, we started to collaborate and dig deeper. We decided to try out another mineral as a prospective catalyst found in alkaline hydrothermal vent systems, magnetite (Fe3O4). And we started something that was very often neglected in similar studies: building on our knowledge of analogous processes in biology, we added H2 to our high pressure reactions.

Using H2 as the electron source and the minerals merely as catalysts, not electron donors, turned out to be spot-on. The number of electrons supplied by the mineral did not seem to matter that much anymore as the electrons came from H2, activated by the mineral surfaces. Our product spectra included formate, methanol, acetate and pyruvate, reflecting the steps in the corresponding biological route, the acetyl-CoA pathway. And it did not stop there. At a conference in Japan, microbiologist Kensuke Igarashi (Bioproduction Research Institute, National Institute of Advanced Industrial Science and Technology) approached Bill Martin with first results from CO2 fixation experiments with H2 and an iron sulfide, greigite (Fe3S4), showing results similar to the ones seen in the experiments in Düsseldorf and Strasbourg. A clear pattern emerged that implicated a very small and ancient segment of metabolism as the starting point for life. From there on, we were in a constant exchange, comparing our results and discussing our experiments.

Products obtained with our geochemical reactions according to the steps of the biological route (the acetyl-CoA pathway).

What could have otherwise been a competition, turned into an exciting example of collaborative work, as we performed the experiments with the three hydrothermal minerals/catalysts awaruite, magnetite and greigite in three different laboratories all over the world. And as our very international results all led to the same conclusion, the conclusion that can be drawn from it is fortified: all three minerals catalyse the fixation of CO2 with H2 in water and yield products that we find in the analogous biochemical pathway. Our experiments, now published in Nature Ecology and Evolution, provide a geochemical analogue of biological energy and carbon metabolism, narrowing the gap between geological and biological processes. And all that, because we added hydrogen—and collaborated.

The study was funded by the European Research Council, the Volkswagen Foundation, Deutsche Forschungsgemeinschaft, the Max Planck Society, the Japan Society for the Promotion of Science, and the Japanese Ministry of Education, Culture, Sports, Science and Technology. 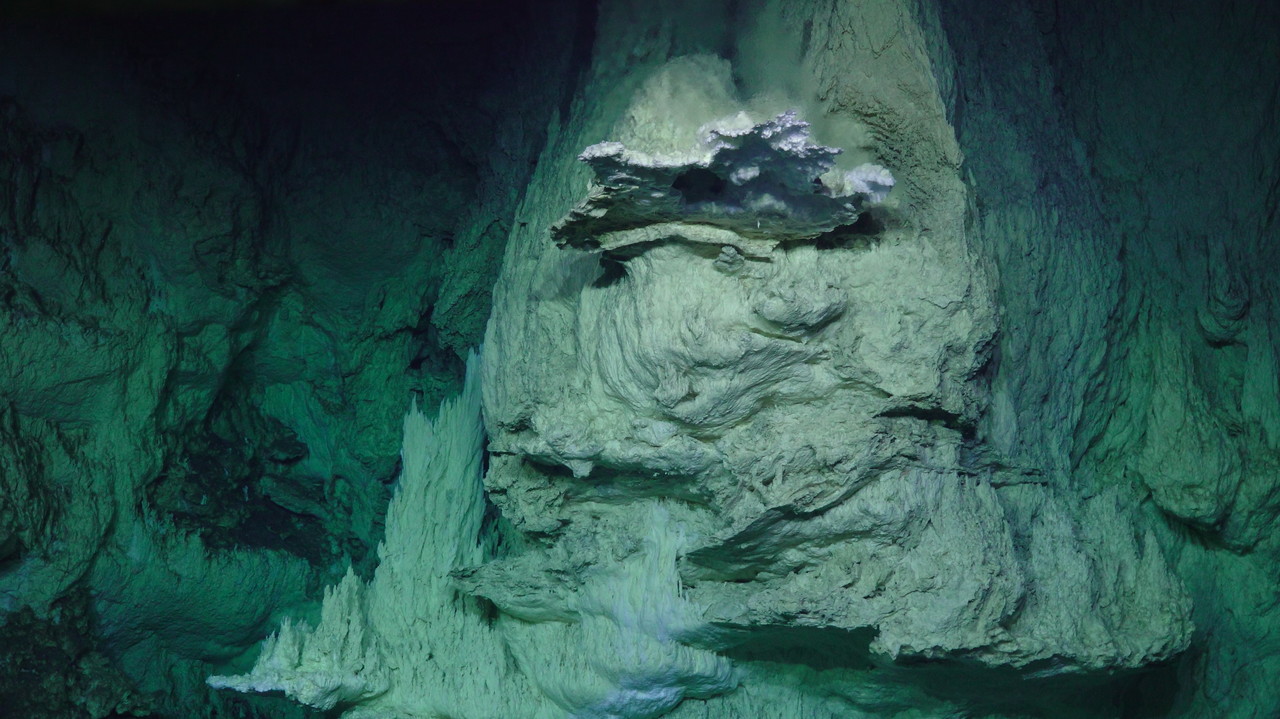