Previously only humans and the great apes have been shown to use probabilities to make predictions about uncertain events, and integrate social and physical information into their predictions. Here, the authors demonstrate these capacities in a parrot species, the kea.

The start of every field season with the kea is much the same: the first time our research group enters the aviary, the birds will crowd around us and call excitedly. I believe it’s their way of saying “we missed you”!

We work with a captive population of these unique alpine parrots at Willowbank Wildlife Reserve in Christchurch, New Zealand. Kea are special for several reasons: they are highly neophilic – meaning they love exploring new objects –, extremely social, truly omnivorous, and surprisingly smart.

I first realised just how clever these birds were in my first year working with them. We had trained the birds to exchange black tokens for a reward, but not to bother with orange tokens, which were worthless. We would throw out a number of tokens on the floor, and have them run back to us and deliver the black tokens to our open palms. Some birds were more socially dominant to others, meaning they would be first to pick up a black token and bring it to us to exchange for food. As we were exchanging tokens with the group one day, one of the more subordinate birds, Blofeld, perched on the railing behind me and poked me in the shoulder with a black token. He appeared to be discreetly requesting that I exchange the black token with him for food. Did he poke me because he understood that I couldn’t see him because I had my back turned? Did he realise that the easiest way to not have the token robbed from him by another bird was to poke me, rather than walking around me to where the others were competing with each other for my attention? While anecdotes alone aren’t enough to prove what this kea was thinking, it definitely opened my eyes to how intelligent kea might be.

However, just because an animal is smart at some things doesn’t mean they are smart at everything. I quickly learned that there was one thing kea were not great at – and that was understanding how human hands work. I spent a considerable part of two field seasons trying to figure out how to train kea to track human hands, until I finally cracked the puzzle in 2018. It turned out that, having asked for this in the right way, the birds were actually very good at it, and could even predict the end-destination of a hand-trajectory that became occluded by a screen [1]. The following year, we decided to use this training to explore a question our lab had been interested in for some time: is avian intelligence domain general? In other words, can birds use different types of information at the same time to solve a task

Humans are excellent domain general thinkers: we can guess which of our friends might be the criminal in a game of ‘mafia’ by combining information about the likelihood of them having taken that role, and our social knowledge of how good they are at lying. This ability to merge knowledge that is likely processed by different parts of the brain is used in many aspects of our daily lives. Chimpanzees can do something similar, combining information about a whether a person is biased to choose one particular food type with the likelihood of finding that food type in a jar of two mixed food types [2].

We tested kea on this very problem. They were presented with pairs of jars containing mixed sets of rewarding black tokens and unrewarding orange tokens (Figure 1). They observed as an experimenter’s hand took a hidden sample from each jar, and were then given the choice between two closed fists emerging from two separate jars (Figure 2). In one of our experiments, kea watched as one human demonstrator always carefully looked down and picked a black token from a jar with mostly orange tokens, whilst another demonstrator always looked up and picked a black token from a jar of mostly black tokens (Figure 3). Even though both people were equally associated with black tokens, the first one exhibited a clear bias. At test, kea observed as the two demonstrators each sampled a token from jars with identical numbers of black and orange tokens. Kea remembered to choose the sample taken by the biased demonstrator, showing that they had detected their bias.

Maybe even more impressively, kea showed a type of knowledge integration that so far has only been shown in human infants. Infants can change their probabilistic predictions when part of a population of items is made inaccessible by a physical barrier. We presented kea with two jars containing the same total number of black and orange tokens throughout, but these populations were distributed unevenly above and below a physical barrier. Kea took this physical barrier into account, selecting the jar with the greatest likelihood of yielding a black token from the population sitting above the barrier.

The kea’s performance suggests that their intelligence is flexible and domain-general. Observing this high level of knowledge integration across the brains of humans, chimpanzees, and kea is highly surprising, given the highly different structure of the bird brain, and that parrots and the great apes last shared a common ancestor 312 million years ago [3]. It suggest that this flexibility has evolved due to convergent evolution especially as capuchin monkeys (separated from us by only 35 million years [4]) fail to use probability to predict sampling events [5].  Our findings therefore have implications not just for our understanding of how intelligence evolves, but also for work in artificial intelligence. Current AI systems struggle to make domain-general, common-sense judgements and combine information from different contexts. Avian brains could now provide another potential source of inspiration for the design of more domain-general AI.

Amazing work Dr Bastos, congratulations on your and the team's work on this important and insightful line of research. 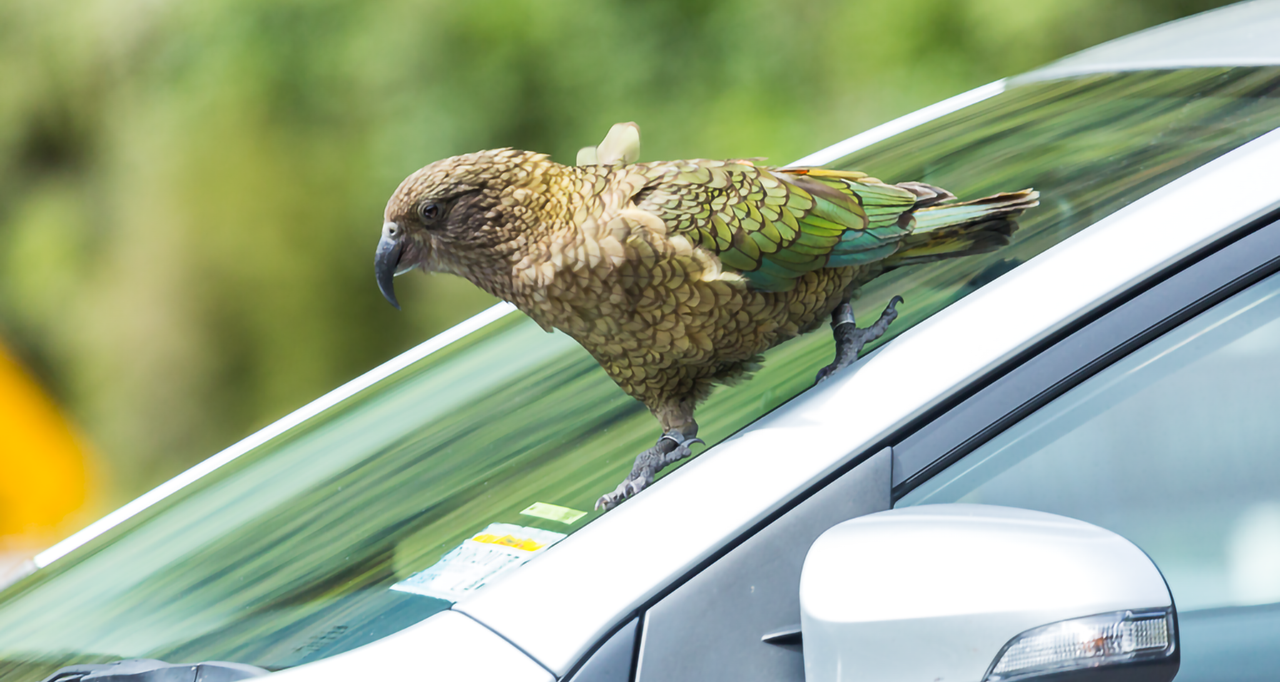