There is a multiplicity of living beings, not only two sexes. There is an irreducible, chromosomal, hormonal, morphological and genetic multiplicity, which in no way can be reduced to binary. But, the notion of gender was invented.

At some point, probably at many different points in history, Power understood that it fed from population. It still does, that is why underpopulation is  worrisome for politicians in the West…

Power feeds on people, it needs population to grow and survive, and colonize and dominate. For such society to be efficient, the notion of family was useful. Family needed to be reproductive and it is then, in all those points, were individuals with identities or orientations non hetero cis normative started to be persecuted, pathologized. The notion of gender was invented.

A task of the philosopher and the scientist is to reveal processes of political construction that have led to fixation of notions that we understand today as natural: There is evidence worldwide across cultures and times that gender is not binary -thus, gender-based discrimination is not only a problem for cis-women.

The question is not who feminism should defend, but what are the practices of freedom to oppose the violence that oppresses us.

Institutions need to be transformed and we can start with Academy. Aren't academics meant to be particularly skilled at observing facts and confronting established theories? Isn’t it in the Academy where critical and awakened minds find each other?

Feminism is a project of comprehensive and profound cultural and political transformation, and it excludes nobody.

Thanks to all the friends who gave me advice on this piece, the problems remaining are my reponsibility.  Q Latorre, CM Herrera, P Greenspoon, J Bermejo-Vega, N Alvarez, M Losada, L Lopez-Merino, PL Salgado.

Evolutionary dynamics within and beyond the genotype 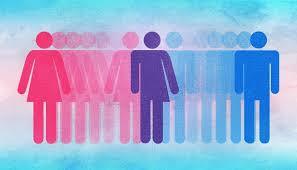