Ecosystems collapse from one state to another with surprising rapidity

Regime shifts are abrupt (often detrimental) changes affecting hydrological, climatic and terrestrial systems and are predicted to become increasingly common. How long would the world’s vital ecosystems take to collapse? Would we have time to intervene? Here is the story.
Simon Willcock
Senior Lecturer, Bangor University
Follow
Like Liked by Gao Jianguo
4

Little is known about how the speed of ecosystem collapse depends on ecosystem size. Here, Cooper, Willcock et al. analyse empirical data and models finding that although regime shift duration increases with ecosystem size, this relationship saturates and even large ecosystems can collapse in a few…

The story of this paper hinges on one main aspect of academia – flexibility. How many times have you left a seminar/workshop/meeting/brief coffee chat energised with new exciting research ideas? For me, this is one of the most exciting stages of academic research – the enjoyment of collaborative brainstorming and the excitement of a question that has not yet been answered. Mallory is famously quoted to having replied to the question “Why did you want to climb Mount Everest?” with “Because it’s there”. Personally, this deeply resonates with me – the answers are out there, we just need to find them or find the right questions. Or, to quote another famous explorer, “To boldly go where no man has gone before”.

Let me set the scene… John and I had been at the University of Southampton for a number of years. Had we ever met? Of course not – we were in different departments. As is often the case with academia, it took a funder to bring us together. The UK’s Natural Environmental Research Council (NERC), Economic and Social Research Council (ESRC) and Department for International Development (DFID) got together to create a fund to investigate Ecosystem Services for Poverty Alleviation (ESPA). One thing ESPA did very well was to create a community between funded projects (and beyond!), and that is how John and I met – both working on different ESPA projects.

John had previously worked with colleagues on a lake in China that had gone from clear water to algae-rich turbid water mainly as a result of agricultural pollution – a classic regime shift.  He had been intrigued about how quick the shift was – just a few months – and wondered about how the size of a lake would make it shift more slowly or quickly.  His Chinese post-doc put together some published data – but there wasn’t much data and then he returned back to China.  The idea got put on the back burner.

John and I meeting brought this idea to the forefront again – if people are dependent on ecosystem services (the goods humans derive from nature), regime shifts could have huge social impacts. However, this was somewhat tangential to our ongoing funded projects. Whilst John was already a Professor, I was only a post-doc at the time and 100% of my time was allocated to other things. Fortunately, my PIs, line managers and collaborators were all strong believers in academic freedom and so John and I were able to start this research. The data were there. We didn’t need funds, we needed a more valuable resource – time.

We started out by gathering some secondary data together from a range of ecosystems: small to very large; marine, freshwater and terrestrial. Eye-balling this data told us that there was something here. As you would expect, larger systems collapse slower than smaller systems. Across all our data, this relationship was remarkably neat (despite the rather messy nature of our real-world data). To us, this hinted at some kind of fundamental law that could enhance our understanding of many ecosystem properties.

It was clear we needed to look at this more deeply, so John invited his PhD student, Greg, to help out. Like John and I, these questions were somewhat tangential to Greg’s PhD work, but he joined our team, volunteering his time and helping us undertake much more in-depth data collation and analyses. We split the work between us: Greg concentrated on the empirical data and I could create a variety of representative agent-based models, freeing up John to do some deep thinking on the potential theories.

This was not a quick process. We all had other roles and responsibilities and so this unfunded ‘hobby’ project of ours took over 5 years to complete. In that time, Greg passed his PhD viva and started a post-doc at School of Oriental and African Studies, University of London, and I started my first lectureship at Bangor University. Without the flexibility and freedom offered by the academic system, there is no way we would have completed the project. It would have joined one of the many other half-finished ideas that we all have stuffed in our closets. This one got lucky. This one got finished.

So what did we find? We found that large systems do indeed take longer to shift from one ecosystem state to another, but critically that this relationship is sublinear. This means that each additional unit area of an ecosystem provides an increasingly smaller unit of time taken for that system to collapse, so that large systems tend to shift more slowly than small systems but disproportionately faster. It reveals a really important paradox.  The structural properties of large complex systems that instil resilience to change actually allow the system to unravel relatively more quickly once the collapse starts. As such, iconic large ecosystems which may be teetering on the edge of collapse (e.g. the Amazon rainforest) could be gone within 50 years. The window of opportunity to divert these system trajectories is short and so contingency plans for predicted shifts must be considered and agreed in advance. For example, we already know that fires are going to become more frequent and more severe in Australia and the Amazon under climate change – the time to prepare for this is now.

There are still many unanswered questions: Does increased biodiversity slow the rate of system collapse? Do social systems follow the same patterns? Does the intensity or type of shock alter the duration of the collapse? These are questions for the next expedition, but one thing is for sure: just like the ecosystems in our study, we need to preserve the academic flexibility that allows us to pursue questions such as these.

An excellent research paper! I have read it today and found it's so beautiful~~

Simon Willcock
over 2 years ago

Thanks - glad it was of interest!

I wonder if you can email me the dataset (Supplementary Table 1) in the excel version? I found it's totally a mess when I converted the pdf to excel via adobe acrobat. My email: gaojg@pku.edu.cn
Many thanks!!!

Simon Willcock
over 2 years ago

Definitely, I will email you now. 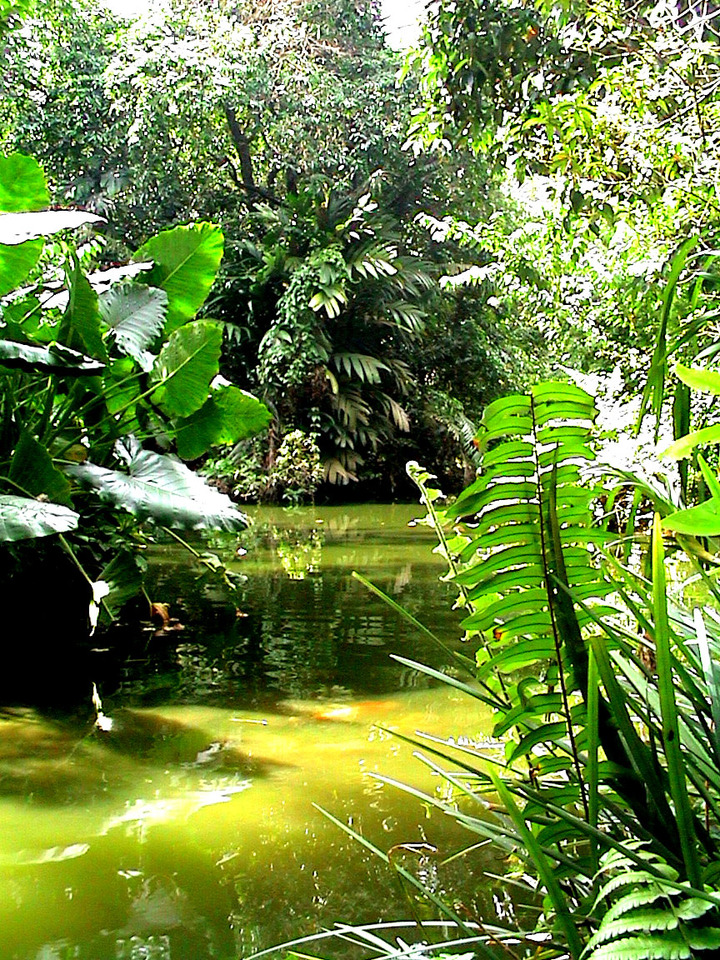 Ecosystems collapse from one state to another with surprising rapidity

Regime shifts are abrupt (often detrimental) changes affecting hydrological, climatic and terrestrial systems and are predicted to become increasingly common. How long would the world’s vital ecosystems take to collapse? Would we have time to intervene? Here is the story.