How tropical ecosystems – and thus their functioning as global carbon stores – might react to projected future climate change scenarios.

Tropical forest ecosystems harbour extraordinary species richness and store large amounts of carbon in vegetation biomass. A projected loss of tropical forests under future climate scenarios therefore has an immense impact on global biodiversity and the global climate. However, so far it is still uncertain how tropical ecosystems – and thus their functioning as global carbon stores – might react to projected future climate change scenarios. To this end, a recently published study in Nature Scientific Reports has been investigating the "Climatic and edaphic controls over tropical forest diversity and vegetation carbon storage".

One possible scenario would be that projected increasing global temperatures, in combination with the increased input of nutrients due to human activities, such as land-use and burning of fossil fuels might trigger an acceleration of tropical ecosystem processes, and thus lead to a reduction in vegetation carbon storage. Another scenario would be that certain plant species are able to adapt to future climatic conditions and thus would be able to maintain their carbon balance, and thus would stabilize the rate of uptake of carbon dioxide from the atmosphere (currently approx. 60 billion tons per year) and thus offset negative feedbacks on global climate.

However, this is not the end of the story as such differences in the functional response of certain plant species have been found in association with the heterogeneity of the geomorphology of the study region. For example, different plant species favour different environmental conditions and therefore are associated with specific soil edaphic properties across the landscape. This is due to the fact that tropical plant species coexist in a given spatial environment and thus have to optimise resource use (of water and nutrients) by occupying different ecological niches and developing distinct ecological strategies in life-history. For instance, while fast growing species more often are found in association with high-nutrient availability, slow growing (but shade tolerant) species are often related to more stable environments, which due to the lower turnover of elements are limited in nutrients. As a result, such feedbacks between below-ground edaphic properties and above-ground vegetation characteristics may determine the spatial heterogeneity of available habitats across the landscape (Fig. 1).

In line with this, we found stark differences in the functional composition of tropical plant species (trees, palms, lianas) across the landscape. For instance, lianas are relatively fast growing and try to reach the canopy to get to the sunlight but do not store as much carbon as a tree stem to reach the same height in the canopy. Palms share a different strategy and mostly stay in the understory while collecting water and nutrients with their bundles of palm leaves arranged upward to catch water and nutrients falling from above and thus reducing local resource limitation. As a result, we found that each functional group was associated with specific climatic conditions and distinct soil properties across the landscape (Fig. 2).

Since each of these plant functional groups (i.e. trees, palms, lianas) differ in their growth strategy, and thus the amount of C stored in their biomass, this means that we have to account for geomorphological heterogeneity and plant species composition in order to more accurately project future ecosystem responses and associated tropical ecosystem carbon storage.

Our study highlights that it is crucial to gather knowledge from multiple scientific disciplines, such as botany (identifying species), plant ecology (identifying functional strategies), and geology (identifying differences in parent material and soil types – all of which need to be considered in concert to understand the complexity of factors driving tropical forest ecosystem functioning (Fig. 3).

Our findings could be used to enhance restoration of tropical forest ecosystems by accounting for differences in habitat preference of tropical plant species used for reforestation. In addition, our study identified mechanistic pathways among factors controlling plant species diversity and ecosystem carbon storage, which will help to reduce current uncertainty in future projections of tropical carbon storage. A currently ongoing initiative in the middle of the Amazon rainforest will be testing how much of the increasing anthropogenic CO2 emissions will be stored by tropical ecosystems in the future, by elevating ambient CO2 concentrations in a free-air carbon enrichment (FACE) experiment (see video below).

Only by conducting such in-situ experiments that empower researchers to understand crucial ecosystem processes and applying these results in next-generation models we will be able to evaluate vegetation–atmosphere feedbacks and thus determine how much of the anthropogenic emissions will remain in the atmosphere and therefore might further heat up the climate system in the future. 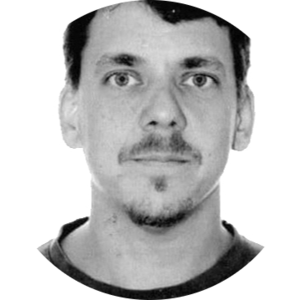 I am fascinated by topics concerning biodiversity and species composition, as well as, biogeochemistry and functioning of tropical forest ecosystems regarding their impact on global carbon and water cycles.
Follow