Biodiversity through a different lens

A unique collaboration between documentary filmmakers and scientists fuels marine biodiscovery in one of the world’s most remote and pristine archipelagos. [Contributed by David Aguirre and Libby Liggins, on behalf of all authors and collaborators; photo credit: seacologynz]

Rangitāhua, also known as the Kermadec Archipelago of Aotearoa New Zealand, is situated in the region of our planet where tropical coral reefs and temperate seaweed forests collide. As a result, the marine biodiversity surrounding the islands is an eclectic mixture of cold and warm water forms, providing a rare opportunity to track the impacts of climate change on the redistribution and loss of biodiversity on our planet. The coastal marine environment has been protected as a marine reserve since 1990, and the region is part of a proposed network of large Ocean Sanctuaries throughout the world’s oceans. The islands however, are forebodingly remote and challenging - lying three days boat journey from Aotearoa, with no reliable airstrip or safe harbour, sitting in one of the more exposed and volcanically active regions of the Pacific.

Few people have the opportunity to visit Rangitāhua let alone capture its biodiversity and monitor change. Working independently is this region is not an option; being collaborative, adaptable and thrifty is key to success. In October 2015, the RV Braveheart and its wonderfully adaptable crew, departed for Rangitāhua on a five-week expedition supported largely by Natural History New Zealand (NHNZ) a New Zealand-based factual television production house. Aboard were a decorated team of Natural History filmmakers: Kina Scollay, Andrew Penniket, Brady Doak, Lindsey Davidson, Kyle Swann, and Ross Funnel with support from Tamra Gibson from the New Zealand Department of Conservation; and a multi-institutional team of scientists. The filmmakers and scientists both aimed to capture the biodiversity of these remote islands, but for different purposes. The NHNZ team were focused on producing an episode for Season Two of the Our Big Blue Backyard documentary series showcasing the unique and charismatic organisms of Rangitāhua, while the Science team were focused on discovering new, and new-to-New Zealand species, as well as genetic connectivity between Rangitāhua and other Pacific Islands. What became abundantly clear, was what made this team of Natural History filmmakers excel in their craft was that they were world-class natural historians, having a deep understanding of the biology and ecology of the marine organisms they intended to showcase. While there were some mishaps – such as the scientists mistakenly appearing in the background of carefully composed shots – the expedition scientists and filmmakers keenly shared their observations of the underwater world with eachother enriching the opportunity for all parties involved (see more the expedition blog for more information).

The videographers, scientists, and RV Braveheart Crew on expedition in 2015 with the Herald Islets of Rangitāhua in the background (photo credit: Kina Scollay).

Over the five week expedition the NHNZ team amassed a staggering 3,439 shots that were carefully edited into a 45 minute episode showcasing the island’s biodiversity for a broad audience. The episode and documentary series was widely watched and highly regarded. Nonetheless, the scientists who had dived alongside the videographers and exchanged tales of wild encounters during the expedition, knew there was more to see. Given the scarcity of opportunities to observe the underwater world of Rangitāhua, the scientists felt compelled to explore the potential for the documentary footage to provide new insights. Accordingly, under the supervision of the lead author Libby Liggins and senior author David Aguirre, Massey University Undergraduate Summer Student, Jenny Ann Sweatman, systematically examined the documentary video footage, identifying and quantifying the species of fish captured on film.

Jenny Ann’s work resulted in the discovery of two new-to-New Zealand species and one new-to-Rangitāhua species – all of which were fishes with largely tropical rather than temperate affinities. As described in our article, when estimates of fish biodiversity from the documentary video footage were compared to traditional scientific surveys carried out by co-authors Tom Trnski, Clinton Duffy and Tyler Eddy, we found that documentary video provided estimates of biodiversity that were no more different than the scientific surveys were to one another. Our result highlights a real opportunity for bio-discovery and the potential observation of past biodiversity baselines that exists in the many thousands, and potentially millions, of hours of documentary video footage in archives around the world. This archive footage has likely captured the biodiversity and behaviours of species in other remote and difficult to access locations, through the lens of real natural historians. In this age where our environment urgently requires stewardship, we believe natural history footage represents an invaluable resource awaiting careful examination and potential for new discovery. 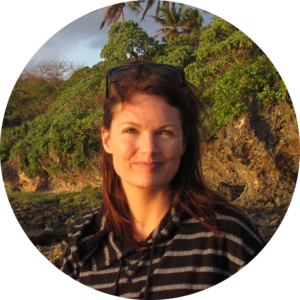