Imagine the landscape without any vertebrate animals. That’s what the world was like before 400 million years ago when the ancestors of all four-limbed animals (tetrapods) transitioned from living in the water to dry land. But where on Earth did they first appear, and how did their aquatic ancestors disperse around the world? Our research finds that the fish-like ancestors of all tetrapods arose near present-day China and likely moved along southern landmasses before adapting to life on land. However, the story is not so simple.

Early tetrapod fossils have been unearthed worldwide, most notably in Australia, Greenland, and North America. But the oldest fish-like ancestors of tetrapods, like Tungsenia paradoxa, are found in marine rocks in present-day China that date to about 410 million years ago. The earliest known to have been capable of venturing onto land, Tiktaalik roseae (Figure 1), was discovered on the Canadian Ellesmere Island in rocks dating to about 375 million years ago. The water-land transition required numerous adaptations, including limbs, flexible wrists, a moveable neck, and lungs, among others. Over the past century, paleontologists have documented the step-like acquisition of these features in early tetrapod fossils. However, the precise location of the water-land transition is uncertain. In other words, no one knows exactly where the fish-like ancestors of tetrapods first became fully adapted to life on land. Our study uses computational methods to map the origins and movements of our early fish-like ancestors.

Mapping the past movement of species involves more work than simply pinpointing the locations of fossils. Where animals live is strongly influenced by their shared evolutionary past. We needed an evolutionary tree (like a family tree) to account for how extinct tetrapods were related to one another. For this study, we created one of the most-complete evolutionary trees ever published for early tetrapods and their fish-like ancestors (Figure 2).

The past movement of continents due to plate tectonics creates another challenge for deciphering ancient dispersal routes—where fossils are found today do not reflect where they were originally buried. For example, over 400 million years ago, present-day North America and western Europe once formed a single landmass called Euramerica (Figure 3). We corrected for this by using models that re-wind the clock on where continents were once positioned on Earth millions of years ago. We then used our tree and corrected geographic locations to model how the ancestors of tetrapods moved across the globe. This model also accounted for the shape of the Earth, rather than assuming one that was flat or using distorted map projections (see Ciara O’Donovan’s Behind the Paper blog to learn more about this model).

We found that the fish-like ancestors of all tetrapods originated on the coasts of ancient China (Figure 3). Their descendants then made their way west through a southern landmass called Gondwana, which includes present-day Africa, Antarctica, Australia, and South Asia. A group of these descendants eventually settled in southern Euramerica, where they likely became fully adapted to life on land. This route was previously suggested by paleontologists based on fossils found in Australia, like Gogonasus andrewsae. However, we also found a strange result—dispersal events between landmasses were always rapid but always slow within and around a single landmass. At first, we thought this meant that species would always move quickly between continents and would settle and become specialized to those new environments. This would be consistent with the idea that tetrapods transitioned to land from freshwater or estuary-like environments; species might be less likely to move between continents if they became adapted to freshwater or mixed environments.

But we needed to account for biases in the fossil record. Rocks and fossils of every age are not uniformly found around the world. Using the locations of rock formations, we found that these periods of rapid dispersal were associated with areas that lacked a rock record for those time periods. Having fewer fossils in locations like Africa and Antarctica makes it seem like ancestral species moved through that region quickly. Also, around the time of the water-land transition, the majority of fossil-bearing rocks are found in Greenland, Europe, and North America. This leads to biased estimates for the location of this transition. Future discoveries in places like Antarctica will further test the hypothesis that the ancestors of tetrapods dispersed westward through Gondwana.

This new research details where our ancestors made the transition from water to land and how they dispersed across the globe beforehand. It also demonstrates the importance of accounting for biases in the fossil record and provides a method for testing these biases in future studies on the dispersal of extinct species.

The study was published in the journal Comptes Rendus Palevol on November 15th. A free-access version is also available on ResearchGate. The paper was part of a special issue dedicated to the life and accomplishments of paleontologist Jean-Claude Rage.

Jacob Gardner is a Ph.D. student in the Department of Earth Sciences at Montana State University (MSU). He is studying abroad this academic year at the Institute of Vertebrate Paleontology and Paleoanthropology in Beijing, China, under a visiting student scholarship through the Chinese Academy of Sciences.

Kevin Surya recently graduated with his Bachelor’s degree through the Honors College’s Directed Interdisciplinary Studies program at MSU, where he studied evolutionary biology, paleontology, and statistics. Kevin will start his Ph.D. in the Fall under MSU’s Molecular Biosciences Program.

This research was supervised by MSU professor Chris Organ. 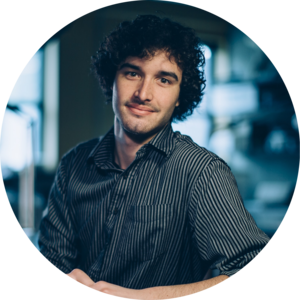 Thanks, very interesting. I wonder: could parts of this model also be applied to the intercontinental dispersal of early-Pleistocene Homo? It has become clear by now that the apparently "fast" dispersal of "archaic" Homo (ergaster, erectus etc.) as far as Southeast-Asia (e.g. Java, China, the islands of Flores, Suwesi, Luzon) and the Mediterranean coasts and islands happened along the southern Eurasian coasts, islands and rivers (Coastal Dispersal Model, Munro 2010). A diet including the consumption of shallow-aquatic shellfish (rich in brain-specific nutrients such as DHA) can best explain the dramatic brain enlargement seen in Pleistocene archaic Homo (e.g. Cunnane 2005, google "coastal dispersal Pleistocene Homo Verhaegen" for refs).

Jacob Gardner
over 1 year ago

Hi Marc, thank you for your interest! It would be very interesting to test hypotheses of human dispersal using this model. One concern that I have, though, is that the model requires data that can be associated with taxa in a phylogeny. This limitation biases our tetrapod analyses where phylogenetic information is lacking for many species and trace fossils (trackways) that are biogeographically informative. The same limitation would very much impact reconstructions of past human dispersals since many important species and specimens are not included in current phylogenetic datasets (e.g., Homo luzonensis, other fossils from Asia, and biogeographically informative artifacts). I am very interested in developing biogeographic models that can integrate multiple data types (e.g., body fossils, trace fossils, artifacts, etc.). Thanks again for the read!

Thanks a lot, Jacob. Yes, since our ancestors' coastal dispersal had perhaps not much to do with the australopithecines (which might be closer relatives of Gorilla or Pan than of Homo), we can only use "archaic Homo" fossils and their (Acheulean) artefacts? Genetic data suggests that our direct ancestors were absent from Africa between at least 4 and 3 Ma ("Lineage-specific expansions of retroviral insertions within the genomes of African great apes but not humans and orangutans" C. Yohn cs 2005 PLoS Biol 3:e110). Begin-Pleistocene (cf lower sea-levels?), "archaic" fossils (pachyosteosclerotic, which suggests shallow-diving) or their artefacts (esp. Acheulean) are found at Java c 1.6 Ma, Georgia 1.8 Ma, and diverse sites in China, possibly already 2.1 Ma ("Hominin occupation of the Chinese Loess Plateau since about 2.1 million years ago" Z. Zhu cs 2018 Nature 559: 608-612): had they already colonized southern (Eur)asian coasts during the Pliocene? Perhaps the Homo-Pan split might have happened c 5 Ma in the SE-African littoral forest along the Indian Ocean, google e.g. "Lucy was no human ancestor 2020 Verhaegen". The apparent absence of Pliocene "archaic" fossils might be due to poor fossilization chances (waves, tides, tsunamis, tectonics ...?) or very low population densities? In any case, there's still a lot to be discovered. Thanks for your answer!