Infections come in threes: viral infections of plants cannot be isolated from their environment

How does the environment influence ecological architecture? A new theoretical study of plant-virus infections suggests how ecosystems are flexible and adapt to environmental changes. Commentary written by Sergi Valverde, Blai Vidiella, and Fernando García-Arenal.
Sergi Valverde
Research Scientist, Institute of Evolutionary Biology (UPF-CSIC)
Follow
Like Be the first to like this
0

A theoretical framework is developed, demonstrating that local modularity can coexist with large-scale nestedness in host–pathogen networks, and is validated on empirical data from plant–virus interactions in the field.

The paper in Nature Ecology & Evolution can be found here.

What is the impact of the environment in host-pathogen interactions? This is a main question in this era of globalization, as ecosystems of the whole planet are becoming more and more interconnected. Hosts (humans, animals, plants) and viruses from over the world are traveling and thus increasing their diffusion rates, which creates opportunities for new host-virus encounters. The abiotic environment modulates these interactions, and we should expect differential effects of habitat heterogeneity over diseases. However, many studies focused on binary host-pathogen interactions, discarding biotic and abiotic environmental factors.

The environment has long been considered as a major determinant of disease in plants. The disease triangle (formalized in the 1960s by George McNew) is a classic illustration of the interrelationship between hosts, pathogens and environment:

Although this diagram has been intended as an empirical tool for predicting (and controlling) disease, its qualitative nature limits applicability. In our paper, we have attempted to map the internal structure of the disease triangle.

Previous works have studied the edges of this triangle, e.g., host-pathogen interactions. To understand how environment mediates on plant-virus infections, our team of plant virologists (Soledad Sacristán, Aurora Fraile and Fernando García-Arenal) sampled empirical infections in four different habitats of an agricultural ecosystem over three consecutive years. The outcome was a rich dataset fully annotated with temporal and spatial information. The theoretical band (Blai Vidiella, Raul Montañez and Sergi Valverde) modelled the empirical data using bipartite networks. A bipartite network is a mathematical object that describes interactions between two sets of species, e.g., plants and viruses. This tool splits plant-virus infections in four sub-networks, one for each of the sampled habitats:

Bipartite networks have been classified in two main groups, nested or modular. However, after several joint meetings, we could not establish a relationship between patterns and habitats. Some networks looked more modular than nested, or the other way around, without following a clear trend. Misfits included recent extensions (like the nested-modular model, which assumes coexistence of patterns at different spatiotemporal scales) and confirmed that something was missing.

Bipartite networks capture interactions along one edge of the disease triangle, e. g., the host-pathogen axis.  But habitat-mediated infections necessitate an extension of networks that fully captures the triad of host, pathogens, and environment. An hypergraph is the proper representation of such 3-way interactions (or hyperlinks):

From the hypergraph, we can recover not only the bipartite network, but also new kinds of networks, like the ecotype-pathogen network.  Pathogens do not infect hosts in a single environment. Rather, pathogens infect host ecotypes, i. e., an ecotype being a variant or breed that has adapted to a specific environment. Using our hypergraph, we could generate an ecotype-pathogen network representing the full dataset without losing the environmental dependencies:

Our computational modelization of this empirical hypergraph suggests coexistence of nestedness and modularity is not only possible, but the reflection that natural selection imposes significant constraints on some structural patterns (modularity) but negligible constraints on others (nestedness).  Real ecosystems are predicted to exist in a continuum between nested-modular and nested systems driven by intraspecific competition. Depending on the spatial and temporal scales involved, apparently antagonistic structural patterns may coexist in ecosystems. Seasonality modulates the coexistence of modularity and nestedness as predicted by our model:

In short, our study shows the hypergraph nature of ecological architecture. Hypergraphs can address essential limitations of networks when characterizing the plasticity of ecosystems under environmental change. Our combination of theory and field data reveals a greater space of possibilities than we observed until now.  In the future, we plan to extend our theoretical framework to other systems.  Using this work, we could predict the response of an ecosystem, regarding stability and robustness, to different perturbations. This is relevant to understand how climatic and seasonal variations can modulate infection rates and accelerate the spreading of viruses and the diseases associated with them.

Sergi Valverde
Research Scientist, Institute of Evolutionary Biology (UPF-CSIC)
Follow
Dr. Sergi Valverde is a Tenured Scientist at the Institute of Evolutionary Biology (CSIC). He is also Visiting Professor at the degree of Biomedical Engineering of the Universitat Pompeu Fabra (UPF), Fellow of the European Center for Living Technology (ECLT) and long-time collaborator of the Complex Systems Lab.

The Spandrels of Ecological Architecture 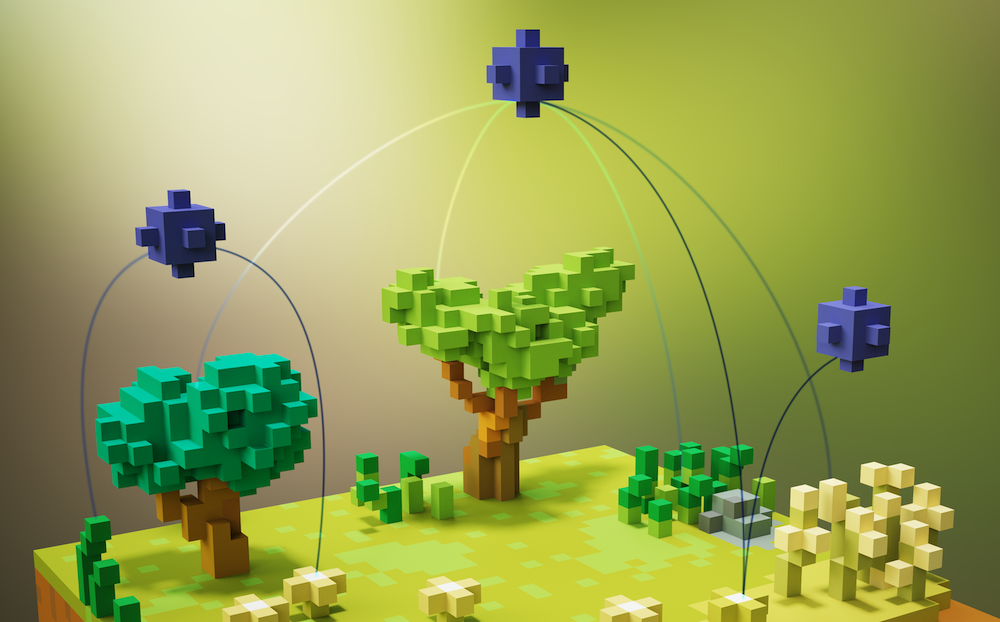 Infections come in threes: viral infections of plants cannot be isolated from their environment

How does the environment influence ecological architecture? A new theoretical study of plant-virus infections suggests how ecosystems are flexible and adapt to environmental changes. Commentary written by Sergi Valverde, Blai Vidiella, and Fernando García-Arenal.