Species boundaries not impressed by hybridization

Tropical eels hybridize frequently among seven species that diverged as early as 10 million years ago. This does not seem to erode their species boundaries.

I hardly knew anything about eels when Bernd Egger came to my office at the University of Basel in 2017, asking me if I would be interested to participate in a study on population genomics of tropical eels. Of course I had heard about the unique catadromous lifestyle of eels in which adults spend most of their life in freshwater but migrate to the ocean for spawning, but as a model system for evolutionary biology, eels had not been on my radar. That quickly changed when I, together with my colleague at the University of Basel Julia M.I. Barth, got in touch with Robert Schabetsberger, Robert Jehle, and Chrysoula Gubili, who had produced the genomic dataset from samples collected over 17 years in various field expeditions all across the Indo-Pacific. From a video documentary that Robert Schabetsberger had produced about tropical eels, I learned of the fascinating setting on the island of Gaua in Vanuatu, where adult eels must survive the drop down the 120 m-high Siri Waterfall to migrate to the ocean, and their offspring have to climb back up through the moss on the sides of the waterfall to reach Lake Letas. And from earlier studies by Robert Schabetsberger and his colleagues I also learned about the overlapping spawning areas of different eel species and the potential for hybridization between them in those shared regions.

The more we analyzed the data, the more interesting the system turned out to be, with samples of seven species that — according to our phylogenetic analyses — had diverged around 10 million years ago and nevertheless produced so many hybrids that 5.8% of all individuals in our dataset, and 22.5% of the eels caught in Gaua, were first-generation hybrids or second-generation backcrosses. With such high frequencies of hybridization and backcrossing, the eel dataset suddenly became suitable to answer an important question in evolutionary biology: How do species remain distinct despite millions of years of hybridization?

As we report in our paper in Nature Communications, our results suggest that the species boundaries in tropical eels are maintained by a combination of selection against genes from other species, a fitness reduction of later-generation hybrids, and incompatibilities between mitochondrial and nuclear genomes of different species. However, how common these mechanisms are acting in different groups of hybridizing species remains an open question. We had hoped to discuss this question with the community, in a symposium on the “dark side of introgression” that Julia M.I. Barth and I organized for the meeting of the Society for Molecular Biology and Evolution (SMBE) in Quebec. Unfortunately, as the SMBE meeting has now been canceled due to the ongoing SARS-CoV-2 pandemic, this discussion will now need to take place some other time in a hard-to-predict future 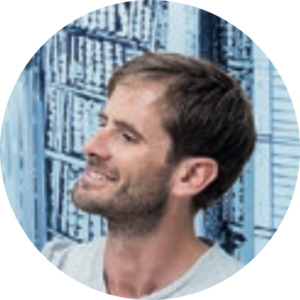 Much of my research takes place at the intersection of phylogenetics and population genetics, with a focus on speciation and hybridization in vertebrates. Among the subjects of my work are notothenioid fishes from Antarctica, cichlid fishes from Lake Tanganyika, tropical catfishes and eels, as well as the Italian sparrow and cervids. I complement my research on empirical data with the development of software for genomic analyses. I am currently a postdoctoral researcher at the University of Zurich.
Follow