Many years ago, the networks in the spinal cord that coordinate locomotion was in the centre of our interest, and we liked specifically to understand how these networks were designed with cells and synapses. To have a possibility to address this we concluded that mammalian models were too complex, and then decided to study this in as simple a vertebrate as was available. The choice was easy, the lamprey has a flat spinal cord with comparatively few cells and provided a very advantageous preparation. With the help of this model, the question could now be answered but only after several years. We subsequently realized that the basic features of the brainstem – spinal cord organisation of the motor system was the same in all vertebrates, although the movement repertoire has taken many different forms, the swimming movements of a fish, the flight of a swallow or a cheetah hunting down a prey. The lamprey belongs to the oldest group of now living vertebrates, and it became separate from the evolutionary line leading to mammals already some 560 million years ago.

The next question to pose, was what are the neural mechanisms that an animal uses when it selects what behaviour it will choose in a given situation. If hungry, it should search for food, and when it has found the food it should position itself so that it can start to eat, chew food and swallow. Many motor acts of this type are generated by specific neuronal networks, each of which can be recruited when needed. These networks are located in the brainstem – spinal cord, but the mechanisms underlying the selection of the networks are located in the forebrain.

Clearly the lamprey can select what to do at any point of time. We expected to find a very simplified basic circuit in the small forebrain that would be responsible, but we were wrong. We first started to investigate the basal ganglia, a group of nerve cells that in mammals control movements and are affected in Parkinsonian patients. To our surprise we found that the basal ganglia in the lamprey was almost identical to that of mammals, although with much fewer neurons of each type. This applied to the basic organisation, types of cells, transmitters, ion channels and so forth. We next looked at the award system of the brain, the dopamine system that also turned out to be arranged in practically the same way as in mammals, as well as the circuits controlling them. These are circuits that in mammals are central to the control of movement.

The structure corresponding to cortex in mammals is very small and was thought to be involved only in the processing of olfactory stimuli. This also turned out to be wrong. We could show that the lamprey cortex had a motor area from which different movements could be elicited. It had groups of different nerve cells each sending projections to the different motor centres in the brainstem. Finally, we show in our current study here that there is also a visual area in which different parts of the visual field are represented separately. In addition, there is a somatosensory region representing the body surface. Thus, the lamprey cortex contains a motor, a visual and somatosensory area as its mammalian counterpart. Thus, the old concept regarding only olfaction in pallium, based mainly on studies with unsatisfactory techniques, turned out to be wrong.

The lamprey brain thus has all the basic components of the mammalian brain albeit with much fewer nerve cells. The fact that so much is common between lamprey and mammals, even in exquisite detail, argues very strongly for the conclusion that the basic design of the vertebrate forebrain had evolved already when the lamprey diverged from the evolutionary line leading to mammals that is, as far back as 560 million years ago. Thus even the forebrain is of a very ancient evolutionary design. 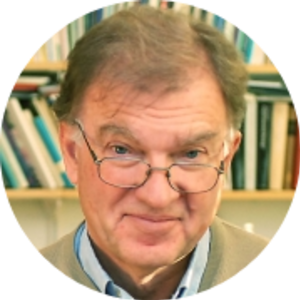