Victor L Caetano Andrade
PhD Candidate, Max Planck Institute for the Science of Human History
Follow
Like Liked by Patrick Goymer and 3 others
0

In the midst of a series of crises that are plaguing the planet, I would like to share my recent experiences with the scientific community. I am a Brazilian scientist interested in the historical relations between human beings and tropical forests. Over the past five years I have visited many places in the Amazon, passing through communities and villages to sample living trees and study their growth patterns in relation to changing climates and human activities which now forms my doctoral research as the Max Planck Institute for the Science of Human History, Jena, Germany.

In my last campaign in 2019, coincidentally, I was present at some key points in the recent history of Amazonian fire dynamics and human interactions with the immense but threatened biodiversity of these forests. Brazil has 60% of the Amazon in its territory, and in 2019 there were increases in fires in all nine states of the Brazilian Legal Amazon. According to the National Institute for Space Research (INPE), on August 29, more than 80,000 fires were registered in the Brazilian territory, data corroborated by the North American agency NASA. The number of simultaneous fires was so frightening that the mass of smoke was visible at continental level in satellite imagery, and was responsible for darkening the city of São Paulo, separated from the Amazon by thousands of kilometers.

At the beginning of August 2019, I was in Porto Velho, capital of Rondônia, region located in the arc of deforestation, the frontier where deforestation advances most in the Brazilian Amazon each year (Fearnside, 2005). According to the Oswaldo Cruz Foundation (Fiocruz) from 1998 to 2015, the smoke from forest fires in the region was responsible for the increase in the mortality of elderly people over 65 years during the driest months of the year (Penha, 2014). This effect was visible while traveling for 150 kilometers by boat on the Madeira River, and the dense mass of smoke did not allow us to see more than five meters ahead. But it was on land that we could really see the extreme nature of the fires. We traveled for about 50 kilometers to reach the Jacundá National Forest and witnessed fire all the way, on both sides of the road. During this journey, the local authority that was accompanying us chased and arrested a local farmer with a bucket of gas by the side of the road attempting to actually initiate fire. This shocked me deeply and it was only a glimpse of a series of events that were to come and shock the world.

Information presented to the Brazilian Institute of Environment and Renewable Natural Resources (IBAMA) by a local newspaper in the city of Novo Progresso (in the south of the state of Pará) pointed out that this phenomenon of simultaneous criminal fires (aka 'day of fire') was started on purpose and organized, due to the ruralists' disappointment with the country's environmental protection policies and a perceived lack of infrastructure to aid their livelihoods and businesses. Novo Progresso is also a site in the midst of the arc of deforestation, and houses the Jamanxim National Forest, an area protected by Brazilian legislation. Despite this, it too has historically suffered from deforestation and land conflicts (Azevedo et al., 2017). I carried out part of my research in this area, between the 30th of August and the 16th of September.

After a few days in the midst of fires, deforested areas and meeting people who live in that city, I experienced how oppressive and disconnected with the reality of the Amazon the dominant agricultural system has become. Fire is the last step in a criminal chain that includes land invasion, illegal logging and deforestation. Perhaps one of the most emblematic scenes of this travel, however, was leaving the city when we were stopped for 24 hours on the road due to the roadblock made by a group of illegal miners. They were protesting due to IBAMA's actions that closed some illegal mining operations taking place within the protected areas of the region. The road that we stopped at - highway BR 163 - is one of the main export routes for all the grain production in the country, and the line of trucks extended for more than 70 kilometers. The miners demanded that the president and the minister of the environment to legalize their mining activities. This chaos has certainly not been helped in the last two years by the public support of President Jair Bolsonaro for these criminal activities (https://www.bbc.com/news/world...).

Nevertheless, amidst these apocalyptic scenes, my work also took me to places where traditional agricultural strategies are connected to Amazonian landscapes, making the most of both wild and domesticated resources. In some communities close to the Tefé National Forest, for example, where agroforestry is a reality and the extraction and processing of non-timber forest products (NTFP) represents an important part of community income, as well as the planting of annual crops such as manioc. The problem with extending such efforts more widely is, currently, the lack of incentive and information. In the region of Novo Progresso, a logged Brazil nut tree is sold for 200 Brazilian reais, this species has been banned from being cut in Brazil since the 1950s, and represents a socioeconomic pillar for the Amazon (Guariguata et al., 2017). This same standing tree would annually produce an amount of nuts that would easily exceed the value of the dead tree, but for the dominant thought logic in the region this does not matter. The solution to this problem, in my view, is through the engagement of government, scientific institutions, and local leaders to promote scientific dissemination, and policies that promote local agroforestry and a community-based economy. This would guarantee income and well-being for the communities and combat the exploitative and violent system in which some of they are inserted.

Trees have always been the most interesting organisms for me, capable of living for hundreds and sometimes thousands of years, slowly absorbing and interacting with the surrounding environment. One of the things that fascinated me the most since I set foot in the Amazon to carry out my studies is how people inhabited that vast forest and dealt with these gigantic beings before modern times. I know that some of the areas that I collected my samples from in 2019 will soon not be forest anymore, if they have not already been cleared by now. This awakens me to the importance of fieldwork for a scientist, especially in places where our object of study is being threatened. This helps us to see reality with our feet on the ground, where things are happening, in addition to giving us the opportunity to develop a critical look about things and about ourselves. 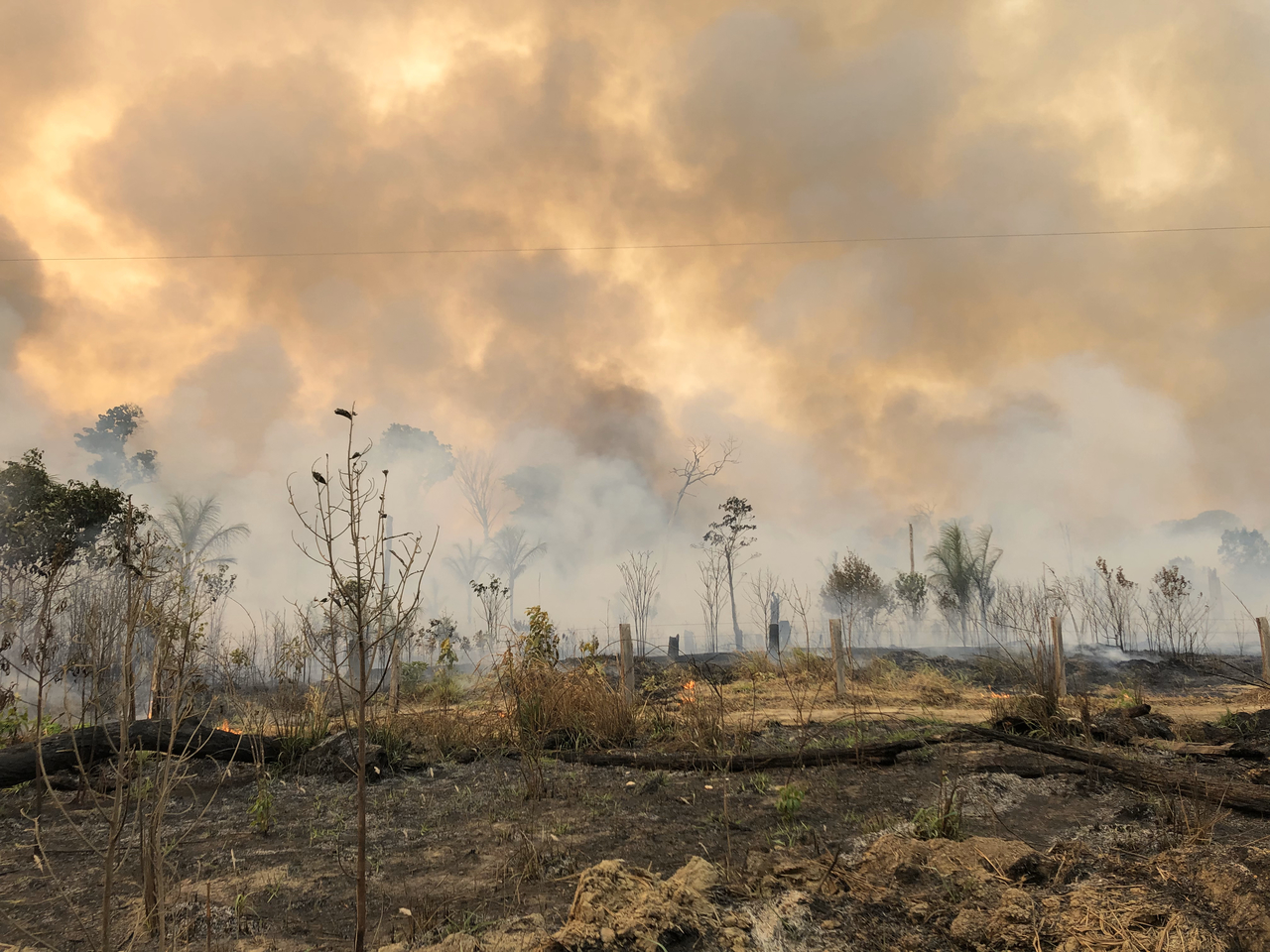