Are bats adapting to an emergent disease?

Little brown bats have experienced mass die-offs due to an introduced fungal pathogen that causes the disease white-nose syndrome. We found a genetic signature of evidence of rapid adaptive evolution in response to the disease.

When I started working with bats ten years ago, white-nose syndrome was something bat biologists had heard about but probably hadn’t seen firsthand. The exotic disease was tearing through the bat populations of North America, and I was crushed when it inevitably reached the bats I was working with in Michigan. The few dead bats we initially found in the caves were a harbinger of thousands soon to follow, and just a tiny portion of the millions that had already died elsewhere.

White-nose syndrome brought big changes to the caves and mines where bats were hibernating. The cool, moist air didn’t smell like a cave anymore—it smelled like death. There were decomposing carcasses of animals. Sometimes we saw things worse than death. In one site a mouse was eating what seemed to be a dead bat, but then the bat moved; it was being eaten alive and was too weak to escape.

Summer bat surveys changed, too. We hardly had any bats to untangle from our mist-nets. It was easy to get bored and cold while waiting, until I remembered the dead and sick bats from winter. Working outdoors is often a field biologist’s favorite part of the job, but I now found it depressing. When asked how my trip had been, I would offer a vaguely upbeat response, and then change the topic. I didn’t want to talk about it… but I continued to think about it.

The next winter I started collecting tissue samples from the dead bats we found. I didn’t have a plan other than that collecting samples might be useful. It provided a silver lining to accompany each carcass, and gave me something constructive to focus on.

Soon after, I joined Dr. Lacey Knowles’s lab as a PhD student and we began brainstorming project ideas. We settled on a question that could make good use of the samples I’d collected: Are the few bats that survive genetically resilient to the disease, or are they running on temporary luck? Drawing conclusions on this important conservation topic meant collecting more DNA, particularly from survivors of the winter infection period, to compare the genetics of the survivors and the dead bats. We focused on one species—the little brown bat (Myotis lucifugus).

We found that some bats do indeed seem to be genetically adapted to the disease (see our open-access paper). Normally, bats with the disease wake up frequently instead of remaining in hibernation, which causes them to run out of stored fat before spring. Our study found genes under selection that are involved in regulating arousal from hibernation and fat metabolism. However, we also detected random change—given the extreme nature of the population losses, some alleles were expunged while others happen to become relatively more common—that is potentially problematic for the surviving bats. The findings of natural selection, however, suggest that maybe the survivors’ offspring will inherit their parents’ “good genes” and their ability to survive the disease, and then maybe the population will be able to rebound.

I playfully titled talks about this research “Good genes or good luck?”, but the truth is it will take both, and the help of wildlife conservationists, for bats to pull through.

You can find more coverage of this study in interviews I've done with Mental Floss, The Wildlife Society, WCMU, and Michigan Radio, among others, as well as in an informative press release and video summary created by Michigan News. 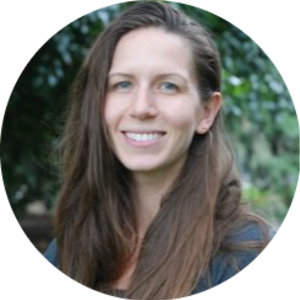