A community from Nature Ecology and Evolution
Contributor
Earth Day 2020

Current and projected climate change becomes the major challenge for global plants. As one of the largest families of angiosperms, Orchidaceae displays marvelous diversity and extensive distribution worldwide1. The diversification and speciation of orchids is considered to be closely related to dynamic tectonic and climate change on earth2–6. Among all orchids, Cymbidium, Phalaenopsis, Dendrobium and Paphiopedilum are famous for their economic and horticultural values, as well as the greatest diversity and species richness with high endemism. These four genera mainly distribute in the tectonically and climatically dynamic region, South-East Asia, providing an ideal system for exploring how plant species diversity was shaped in this region and the related biogeographic issues.

The genus Cymbidium in Orchidaceae consists of 71 species that mainly distributed at tropical and subtropical Asia, and expanded to Papua New Guinea and Australia, which is well known for its unique traits in plants, floral morphology, flower color, scent as well as living habits (Figure 1). Combining with the diversity center, biogeographic distributions and climate events, our study showed that geographical distribution pattern of Cymbidium is affected by Himalayan and Qinghai Xizang Plateau uplift, and southward expansion would be related to the sea level fluctuations2.

Phalaenopsis, also known as moth orchids, is renowned for its attractive and unique flower features (Figure 2). It has approximately 80 species and mainly distributed in South-East Asia. Our study3 has rebuilt the scenario of speciation and lineage diversification of Phalaenopsis by constructing phylogenetic relationship and biogeographic analyses such as molecular clock estimation and ancestor distribution area reconstruction. The results indicated that sea level fluctuations as a result of the Quaternary’s climate change are the main driver for divergence and diversification of Phalaenopsis and the sudden increasing of genome size could interact with climate change to shape the high species richness in that region. The relationship between epiphytic orchids' speciation as well as diversification and the dynamic tectonic and climate change of SE Asia was also well illustrated, with related molecular background for environmental adaptation, providing insights into future evolutionary biological studies on Orchidaceae as well as angiosperms.

Dendrobium is one of the largest genera in Orchidaceae with approximately 1100 species and well known for its high ornamental, medicinal and commercial values (Figure 3). To explore the high species diversity and the underlying molecular mechanism of Dendrobium, the phylogeny was reconstructed with nuclear and chloroplast genes and its biogeography was explored combined with divergence time estimation4. Our research indicated that the differentiation and diversification of Dendrobium are related to plate motions and the alternation of glacial and interglacial stages. Using Dendrobium as a case, we also found that the origin of CAM (Crassulacean Acid Metabolism) was associated with a pronounced climatic cooling that followed a period of aridity5. CAM is one of the important photosynthetic pathways in which CO2 is taken up at night involving phosphoenolpyruvate carboxylase (PEPC) and temporarily stored in the form of malic acid in the cell vacuoles. It’s suggested that the prevalence of CAM in epiphytic orchids could contribute to their adaptive radiations into new niche spaces. Nuclear and chloroplast DNA of Dendrobium was used for phylogenetic analysis to reveal the interplay of climatic conditions and CAM evolution, which shed new light on key climatic and biological features enabling CAM evolution in plants.

Paphiopedilum, the largest genus of slipper orchids, has approximately 80 species and mostly are native to the subtropical and tropical regions of South-East Asia (Figure 4). We used phylogeny analysis based on cpDNA and four unlinked low-copy nuclear genes to explore how Paphiopedilum diversity was shaped in South-East Asia6. The findings showed that the net diversification rate of subg. Paphiopedilum was much higher than that of the genus Paphiopedilum, which was associated with climate fluctuations in the late Cenozoic. The relatively recent divergence of many species and the diversification rate shift in the genus Paphiopedilum appear to have been closely linked to sea-level fluctuations, which have promoted the diversification of the orchids. Overall, our study revealed that ecological and climatic factors played an essential role in species diversification, which provide insights into the biodiversity evolution of Orchidaceae and the historical diversification of plants.

The climate change on earth leads to sea-level fluctuations, resulting in the isolation and junction of island-island and island-mainland, thus enabling great diversity of orchids in limited area. However, climate change, especially global warming that brings about frequent extreme events could negatively impact orchids’ adaptation and aggravate the species extinction. Therefore, many species are subject to decline and threatening by potential challenges of climate change. Given the high species richness and radiations worldwide, how potential climate change would affect the adaptation and distribution of orchids require more research and public attention to prioritize the conservation strategies and efforts.

This post is jointly written by Zhong-Jian Liu and Di-Yang Zhang at Key Laboratory of National Forestry and Grassland Administration for Orchid Conservation and Utilization at College of Landscape Architecture, Fujian Agriculture and Forestry University. 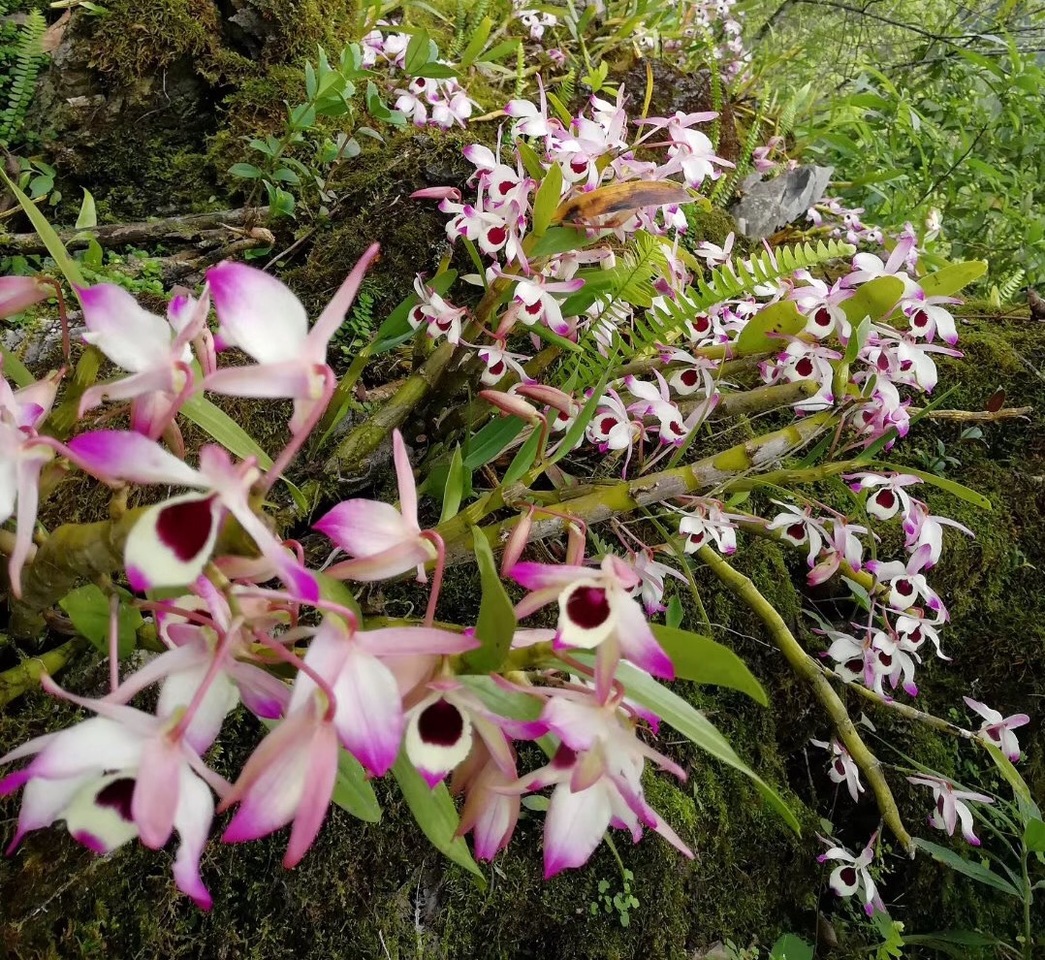