A bony braincase in a primitive armoured fish from Mongolia

Discovery of a fossil armoured fish from Mongolia with an ossified endoskeleton could flip the story on how a bony internal skeleton evolved and why shark skeletons never ossify.

As students of vertebrate evolution or simply fans of "Shark Week", we are told time and again that sharks are primordial forms, virtually unchanged for 400 million years. Shark skeletons are made not of bone but of cartilage—the flexible and somewhat elastic tissue that makes up our ears, noses, and the pads of our joints. Contrast this with the tetrapods and bony fishes—the internal skeleton (endoskeleton) is made of a matrix of spongy bone. Indeed, this is such a fundamental dividing line in the vertebrates it has long been used to classify the jawed vertebrates into their two main divisions: the Chondrichthyes, the "cartilaginous fishes" such as sharks, skates, rays, and chimaeras; and the Osteichthyes, the "bony fishes", which includes not only all bony fishes but also all terrestrial vertebrates, including humans, and secondarily aquatic tetrapods like whales. These two lineages split from each other more than 420 million years ago. For many decades, our textbooks have taught us that a bony endoskeleton—made of a tissue called endochondral bone—had evolved uniquely by our osteichthyan ancestors. Sharks, by contrast, retained an ancestral condition. Up until now, this hypothesis has been well supported by the fossil record.

Good taste prevents me from using the exact phrase I blurted out on a spring morning in 2018. Freshly minted PhD Richard Dearden had returned to the lab with a hard drive full of new computed tomography (CT) scans he had run on various fossils for an assortment of projects. These scans let us peer inside fossils without any destructive work. One of the scanned specimens was a strange, irregular void in a slab of sandstone and mudstone that I had collected in 2012 during an expedition to Mongolia. The fossils came from an Early Devonian (approx. 410 million years old) site yielding fragments of some early armoured fishes. These fossils had proven all but impossible to deal with by any conventional palaeontological tools: the bone was too soft and the rock too hard to prepare with the standard toolkit. I took a chance and decided to scan this particular specimen because something about it looked intriguing. We had yet to find any skull material from our work in Mongolia and this looked like it could be it. Given that about half of the fossil had weathered out, leaving only a mould visible at the surface, I couldn't have predicted what we would find inside.

To set up why our new discovery was so unexpected, it helps to have a bit of background. Our new paper describes the partial braincase of a placoderm—a kind of armoured fish made famous by the colossal Dunkleosteus. Placoderms were possibly the most diverse vertebrate group in the Devonian period. For palaeontologists and evolutionary biologists, they are important because they branched off the vertebrate tree before the origin of the last common ancestor of all living jawed vertebrates. As cousins of modern jawed vertebrates, they can illuminate questions about the origins of jaws, teeth, paired fins, and other vertebrate innovations.

Although Dunkleosteus and other placoderms are famous for their thick bony armour, their inner skeletons—the vertebrae, brain case, fin supports, and gill arches—were all formed of cartilage. This is similar in many ways to sharks and also jawless vertebrates, our cousins once more removed in the vertebrate family tree.  There are over 300 known genera of placoderms, many of which bear little resemblance to Dunkleosteus except in also possessing an armoured carapace. As far as we know, in nearly 200 years of studying placoderms, the pattern seemed consistent: a cartilaginous skeleton, with perhaps a thin rind of bone. But nothing like the spongy endochondral bone of bony fishes. Owing to this fact, the fossil record has long supported the view that a bony internal skeleton was an innovation of the lineage that branched off from sharks and their relatives and led, ultimately, to all living bony vertebrates.

The morning Richard came back into the lab, we loaded the data into the fancy CT visualization software and there was the crisp, white spongy-looking matrix of what was unmistakably endochondral bone. My initial reaction was excitement: the structure was clearly a braincase. I spent much of my palaeontological career studying these because of the rich data they provide on evolutionary relationships. I thought initially, because of the spongy bone, this was an especially early osteichthyan. That was exciting by itself, as these can be really important. So, we set about constructing a rough three-dimensional model of the fossil. The virtual 3D model that showed up was imperfect with lots of 'haze' from the surrounding matrix, but the structure was unmistakable: this wasn't an osteichthyan. This was a placoderm!

Rethinking the evolution of a bony endoskeleton

Our new paper in Nature Ecology & Evolution describes this fossil, giving it the name Minjinia turgenensis. What our results show is that Minjinia could be an intermediate form between placoderm-style fishes and the last common ancestor of bony vertebrates and sharks. The structure of the brain cavity and brain case establish that it most likely branched off before that ancestor. The endochondral bone inside, however, raises questions about where this tissue evolved. Our analyses suggest it may have evolved much deeper, in evolution, and would have been present in the ancestors of sharks and their relatives. It is possible, however, that Minjinia evolved endochondral bone completely independently. However, endochondral bone is a developmentally complex tissue, involving the orchestrated breakdown of cartilage with simultaneous replacement by struts of bone as the organism grows. We have little evidence to suggest it evolved more than once in bony fishes, but there is quite a lot of evidence that it was lost of reduced in various living bony fish groups.

Time will tell how our hypothesis survives, but Minjinia suggests a need for a deep re-think about our understanding of placoderms and evolution of our skeletons. 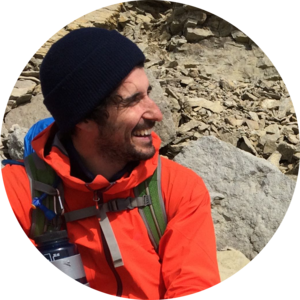 I am a vertebrate palaeontologist at Imperial College London and a scientific associate at the Natural History Museum, UK. My work examines the origins and early diversification of vertebrate animals—particularly those with jaws, teeth, and paired appendages. To understand the origins of these traits, my research interrogates the fossil record of fishes from the Silurian and Devonian periods (approximately 440 to 365 million years ago). I am also interested in the development of computational tools that allow us to understand the evolution of morphology and better reconstruct evolutionary histories from that data. I am an avid fieldworker and have explored areas such as Mongolia and the Canadian Arctic in search of fossils that will re-shape our understanding of early jawed vertebrate life.
Follow

Margarida Cardoso Moreira
about 1 year ago

What an amazing find!