The discovery of the first fossil egg from Antarctica provides new evidence of exceptional soft tissue preservation in Earth's southermost continent.
Lucas Legendre, David Rubilar-Rogers, Julia Clarke & Alexander Vargas
4 contributors
Like Be the first to like this
0

A fossil egg unearthed from Cretaceous deposits in Antarctica is more than 20 cm long, exceeds all known nonavian eggs in volume, is soft-shelled, and was perhaps laid by a giant marine lizard such as a mosasaur.

During the Southern summer of 2011, a group of Chilean paleontologists and geologists headed for Seymour Island, at the northeast of the Antarctic Peninsula, led by one of us, David Rubilar-Rogers. The team was eager to visit this iconic site of world paleontology. This island is a large sedimentary outcrop, the surface of which hosts the remains of organisms from a key period in Earth’s history – from the end of the “Age of Reptiles” to the beginning of the “Age of Mammals”. Generally, Seymour Island is known as great for fossils but rather unpleasant with warming and increase mud. You can be stuck with mud over the tops of your boots.

Prospecting Cretaceous outcrops on the Island, Rodrigo Otero and David found a strange structure. Since these outcrops correspond to marine sediments, ammonite shells and bones of large marine reptiles such as plesiosaurs and mosasaurs are common. What they had unearthed, however, was totally new. Its folded appearance made them hypothesize that it was an empty, organic structure. They picked it up.

In the cook tent at camp, they asked the opinion of the geologists in the expedition, but it appeared everyone had a different idea of what this structure could be. Because of this, they nicknamed it “The Thing” – after the great 1982 John Carpenter movie, in which an Antarctic parasitic extraterrestrial entity takes different forms depending on its host. The strange specimen was stored in the National Museum of Natural History of Chile, and was seen by visiting geologists and paleontologists from all over the world. None of them was able to identify what it was until summer 2018, when Julia Clarke visited the collections. She and her students were visiting David to study Antarctic fossils. She had spent the same season in Antarctica in 2011 on Vega Island, and endured the mud on Seymour in 2016. They were discussing fossil records from these nearshore marine deposits, and Julia mused on how rare eggshell seemed to be in marine deposits. David showed her “The Thing”, and she instantly suggested it could be a folded fossil egg of a size and aspect that was truly shocking. The structure had a thin, shiny, glass-like apparent shell structure. A few tiny samples of the structure, fragments from the putative eggshell, could be imaged. Postdoctoral researcher Lucas Legendre had just joined the Clarke Lab with expertise in histology – study of fossil and extant tissue structure – and joined the egg project. The project had been nicknamed on the day students, David and Julia first looked at the egg, as “Deflategate”.

Lucas found the structure of the thin rim of the egg to be most similar to the eggshells of lizard and snakes, and unlike those of dinosaur eggs that reached a similar size. To understand what could have laid such an egg, Lucas gathered measurements from hundreds of reptile eggs to compare with our new specimen, and analyzed this dataset using advanced spectroscopy techniques and comparative statistics. Meanwhile, David and Alexander Vargas CT scanned the new egg, looking for a preserved embryo.

No skeletal remains were found, but elemental analyses of the whole dataset confirmed that “The Thing” was indeed a giant egg – among the largest ever recovered, with a very thin shell. With such a thin shell, it would have had little structural integrity after laying. Some dinosaurs, pterosaurs, and other reptiles had shown different kinds of thin-shelled eggs, but all of these were much smaller. It also showed deformation as a soft structure with folds not observed in any other egg this size. We hypothesize it belonged to a giant marine reptile such as a mosasaur, closely related to living snakes and lizards with similar eggs, but more data will help further identify which animal laid this mysterious egg. One thing is sure: reptile eggs come in many previously unknown shapes and sizes, and Antarctica might host many more exceptionally-preserved fossils for us to discover. The hunt is on!

Postdoctoral fellow, The University of Texas at Austin 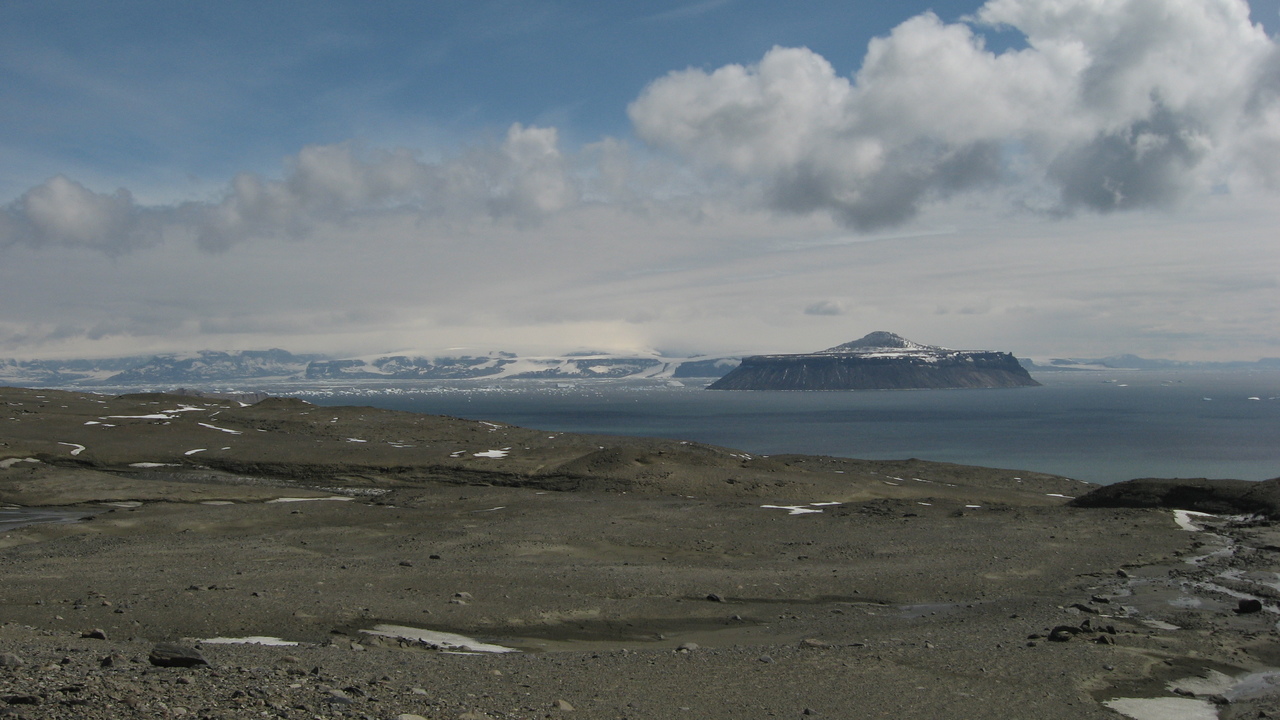