A journey to the Early Cretaceous dinosaur world

How the regional tectonics influence the biosphere in deep time? We discuss the development of the well-known Early Cretaceous Jehol Biota, and suggest its the spatio-temporal evolutioncoincides with the initial and peak stages of the North China craton (NCC) destruction in the Early Cretaceous.

When I was a graduate student for a master degree in 1988, my supervisor suggested me to study Peipiaosteus, an extinct fossil sturgeon (acipenseriform fish) from Chaoyang in Liaoning Province, northeastern China. In 1990, I was lucky enough to discover a fossil bird, Cathayornis, on a field excursion when we were surveying Mesozoic fish localities in the same region. Since then, I have focused my research on early bird evolution, and witnessed many exciting discoveries of precious fossils in Mesozoic strata. All the fossils belong to a fossil assemblage called the Jehol Biota.

The Early Cretaceous terrestrial Jehol Biota in northeast China has been studied for nearly a century. It is best known to scientific community for its exceptional preservation of feathered dinosaurs, early birds, early mammals, pterosaurs, insects as well as flowering plants, etc. The Jehol vertebrate fossils are also common and often preserved with complete skeletons, soft tissues, such as feathers, wing membranes, eyes, skins, beaks, embryos, ovarian follicles, melanosomes as well as stomach contents like seeds, stones and bones, etc. In a few cases, some vertebrates even possess their behavior information due to mass mortality events. The Jehol Biota has been regarded as a lagerstäte thanks to its exceptional preservation, providing a rare window into the Early Cretaceous terrestrial ecosystem.

Over the past three decades, paleontological discoveries have stimulated great interest in the study of origin and evolution of birds, mammals, pterosaurs, insects and angiosperms. The well-preserved fossils enable us to explore the evolution and innovation of major vertebrate structures and characters, such as avian wings and feathers. Application of new observational and analytic technologies has clarified many anatomical details of ancient organisms, such as melanosomes and ancient proteins of dinosaurian feathers, providing direct fossil evidence to infer the colors of extinct animals.

The geological background of the Jehol Biota is equally interesting and important. The Jehol fossils are preserved mostly in lacustrine successions, with the fossil-bearing facies including shale, and mudstone, and fine-grained sandstone. The fossil-bearing fine facies are often interbedded with tuffs (volcanic ashes), which are precisely dated to constrain the ages of fossils. Vigorous volcanic eruptions characterized Early Cretaceous geology of the region where the Jehol Biota were dwelling. Some Jehol fossils are even found in volcaniclastic beds. The Early Cretaceous therefore saw a period of warm and hot climate in this region and the rest of the world. The Jehol Flora is dominated by ferns and gymnosperms, and also contains a few primitive angiosperms. Paleoenvironmental reconstructions thus unfold a panorama of flourishing forests at that time.

The National Natural Science Foundation (NSF) of China launched a ten year’s major project in 2007, called “The North China Craton Destruction”, led by a chief scientist, Dr. Rixiang Zhu at the Institute of Geology and Geophysics, Chinese Academy of Sciences. The project aimed to investigate when and how the North China Craton was destructed. I participated in this interesting project and attempted to reveal if the evolution of the Jehol Biota was related to this tectonic process. The 10-year-long research project has led to many breakthroughs. For instance, it is shown that subduction of the western paleo-Pacific plate must have been the major driving force for the North China Craton destruction.

The peak of the North China Craton destruction is around 125 million years, and coevals with flourishing (greatest species diversity) of the Jehol Biota that spanned from ~135 to ~120 million years ago. The coincidence implicates a hidden relationship between the Jehol Biota evolution and the North China Craton destruction. So, I faced with an interesting problem: Is the remarkable Jehol radiation only a taphonomic phenomenon as a result of exceptional preservation?

I was awarded a Chinese NSF grant in 2018 to study the genuine linkage between the North China Craton destruction and the evolution of terrestrial biotas including the Early Cretaceous Jehol Biota and the Jurassic Yanliao Biota. Ten principal investigators make up the core of this research program, who are from the Institute of Vertebrate and Paleoanthropology, Institute of Geology and Geophysics, and the Institute of Geochemistry, which are all attached to the Chinese Academy of Sciences, and Northwest University. In fact, more than 100 researchers have been involved in this project, including paleontologists, geochemists, petrologists, geophysicists, and sedimentologists from nearly two dozen institutions and universities. We are now carrying out a multidisciplinary study to demonstrate how terrestrial biota evolved in response to tectonic processes.

One of the goals of the project is to establish a geochronologic frame of the fossil-bearing beds. Under the precise time framework, we can better understand the interrelationships of diverse processes, such as deep thermo-tectonic processes, crustal deformation, basin development, and biotic responses from a perspective of earth system. Discoveries of new fossils and comprehension of Early Cretaceous geology have provided a valuable insight into the spatio-temporal distribution of the Jehol Biota and dispersal patterns of its members.

Our recent publication (Zhou et al. 2021. PNAS) represents a summary of our current understanding of how the Early Cretaceous destruction of the North China craton impacted the evolution of the Jehol Biota in northeast China and other contemporaneous biotas in neighboring areas in East and Central Asia. We argued that westward subduction of the paleo-Pacific plate led to significant crustal extension and vigorous magmatism of the overriding East Asian continent. The resulting intraplate tectonism was responsible for diachronous development of various surface processes in North and Northeast China during the Early Cretaceous. We recognize that Early Cretaceous rift basins migrated eastward in both the northern North China craton and the Great Xing’an Range areas, and the migration is attributed to eastward retreat of the subducting paleo-Pacific plate. Diachronous development of rift basins inevitably resulted in lateral variations of stratigraphic sequences and depositional environments, which in turn influenced the spatio-temporal evolution of the Jehol Biota.

Frankly, it is always a challenge to relate biological evolution to a unique geological process or a sort of paleoenvironment in deep time. Hopefully, our effort to explore the linkage between terrestrial biota evolution and regional tectonics and how plate tectonics governs the evolution of a terrestrial biota through various surface processes, will stimulate more research interests and more collaborations among paleontologists and geoscientists in other fields. I believe that the future cross-interdisciplinary studies will greatly help understand the life history in the last 3800 million years at least.

You can find the full study here: Spatiotemporal evolution of the Jehol Biota: Responses to the North China craton destruction in the Early Cretaceous. 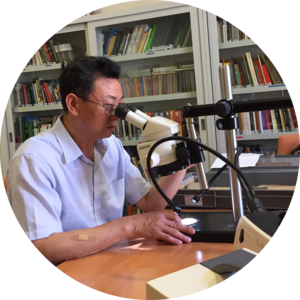