Southeast Asia is of exceptional interest to biogeographers for its species richness. From combined landscape evolution and connectivity models, we explore how drainage reorganisation and river captures over the Quaternary might have influenced species migration during low sea-level conditions.
Tristan Salles
Senior Lecturer, University of Sydney
Follow
Liked by Evelina Satkevic and 1 other

Present-day biodiversity loss is driven by abrupt and global environmental changes in relation to Anthropogenic activities such as deforestation and land clearing. As humans have increased the rate of species extinction by 100-1000 times the background rate, today’s loss in biodiversity already constitutes the sixth largest mass extinction event in the history of life on our planet. As highlighted during the recent COP26 summit, urgent actions are needed if we are to avoid a collapse from which recovery will be irreversible. We need to understand how biodiversity works in order to manage, support and if possible, mitigate the collapse by enhancing its main drivers. One proven approach to better anticipate future biodiversity changes consists in looking at how past climatic, sea-level and tectonic conditions have influenced species distribution, migration and adaptation over Earth history.

The idea that landscapes play a role in biological evolution has a long history that can be traced back to the 19th century with Darwin and Wallace when faunal and floral boundaries were noted to correspond to physiographic discontinuities and gradients. More recently, species adaptation in response to the motion of continents has been extensively studied. Yet, only a few studies have looked at how the evolution of migration pathways is modulated by Earth’s morphological changes on geological time scale.

Sundaland flooding history and river dynamics in the Quaternary

Southeast Asia exhibits some of the most extraordinary species diversity of the planet and contains four of the richest biodiversity hotspots identified by the United Nations Environment Programme World Conservation Monitoring Centre (UNEP-WCMC). Here, we focus on the Quaternary evolution of Sundaland, the partially inundated shelf separating Java, Sumatra and Borneo from the Malay Peninsula.  In this study, we investigate the role that physiographic and climatic changes might have played in regional biological diversification. Today, Sundaland is in a refugial-phase, as land above sea level occupies less than 50% of its expanse during most of the Quaternary (Figure 1).

Using a series of landscape evolution simulations, we first analyse the role of different climatic and tectonic scenarios on the flooding history of Sundaland over the last one million years, refining recent work on Sundaland subsidence and providing, for the first time, quantitative estimates of the timing and extent of the flooding episodes across the region. We then evaluate the regional geomorphological evolution by characterising the main paleo-rivers’ routing history and associated watershed evolution. Detailing in space and time the major phases of drainage reorganisations and river captures, we find that the interplay between subsidence and sea level change make the physiography of Sundaland extremely dynamic.

Evolving landscapes have the potential to stimulate migratory behaviour by driving regional environmental changes. Through landscape fragmentation, they also have the capacity to force the geographic partitioning of species. By comparing the major physiographic changes from our simulations with divergence times from different groups of terrestrial organisms over the past 400,000 years, we found that many of the geomorphological reorganisations often predate measured divergence times and population splits for the considered period.

Over geological timescales, surface processes driven by tectonic and climatic forcing could force biological diversification by increasing the surface areas available to species, enlarging the range of environmental conditions, fragmenting the landscape into many ecological niches, and forcing the dispersal of species. Hence, the physical properties of landscapes can be used to measure the capacity of landscapes to support biodiversity now and in the future.

From the simulated physiographic characteristics, we estimate the spatio-temporal permeability of the Sunda shelf to lowland evergreen rainforests species movement using a connectivity model (Figure 2), that permits to highlight the main dispersal routes . We found that the fast pace of physiographic changes in the region has the ability to drive diversification processes by facilitating habitat fragmentation and promoting preferential pathways.

From spatial clustering analysis, we quantify preferential and persistent paleo-migration pathways across the region since the Late Pleistocene. The resulting geomorphology-controlled hotspot regions highlight a network of preferential, well-connected biodiversity corridors that could favour species migration between mainland Asia and Sumatra, Borneo, and Java. We find that these migratory corridors stretch across the main biogeographic provinces, but only cover 8% of the shelf, which reveals their critical reliance on the geomorphologic evolution of the region. These results support the theory that rapidly evolving physiography could foster Quaternary biodiversification across Southeast Asia.

The Earth is losing biodiversity at an unprecedented rate, and we are reaching the point where we must question our vision of Nature. The concept of Biodiversity Hotspots has emerged as a strategy to set conservation priorities to protect the most species, the most genetic diversity and the most ecosystems at the least cost. Here, we designed a numerical framework to test and quantify how landscape dynamics could influence species migration. Using similar approaches to understand pattern and process in the dynamics of species evolution across biodiversity-rich regions is critical for establishing effective conservation strategies.

The presented study was supported by the ARC DARE centre and a National Geographic Society grant. To stay tuned with our research you can follow us on Twitter @salles_tristan, @Claire_Mallard_, @tectonicSZ, @AntaCI, @PierreSepulchre or visit the  EarthCodeLab group web page.

I'm Tristan, a Senior Lecturer in the School of Geosciences at the University of Sydney. I work on geomorphology and landscape evolution over geological time-scale. I am interested in how we could use the geological record to better understand the Earth evolution across space and time. To do this I mostly design numerical models that link the different components of the Earth system from geodynamic, climate and surface processes. 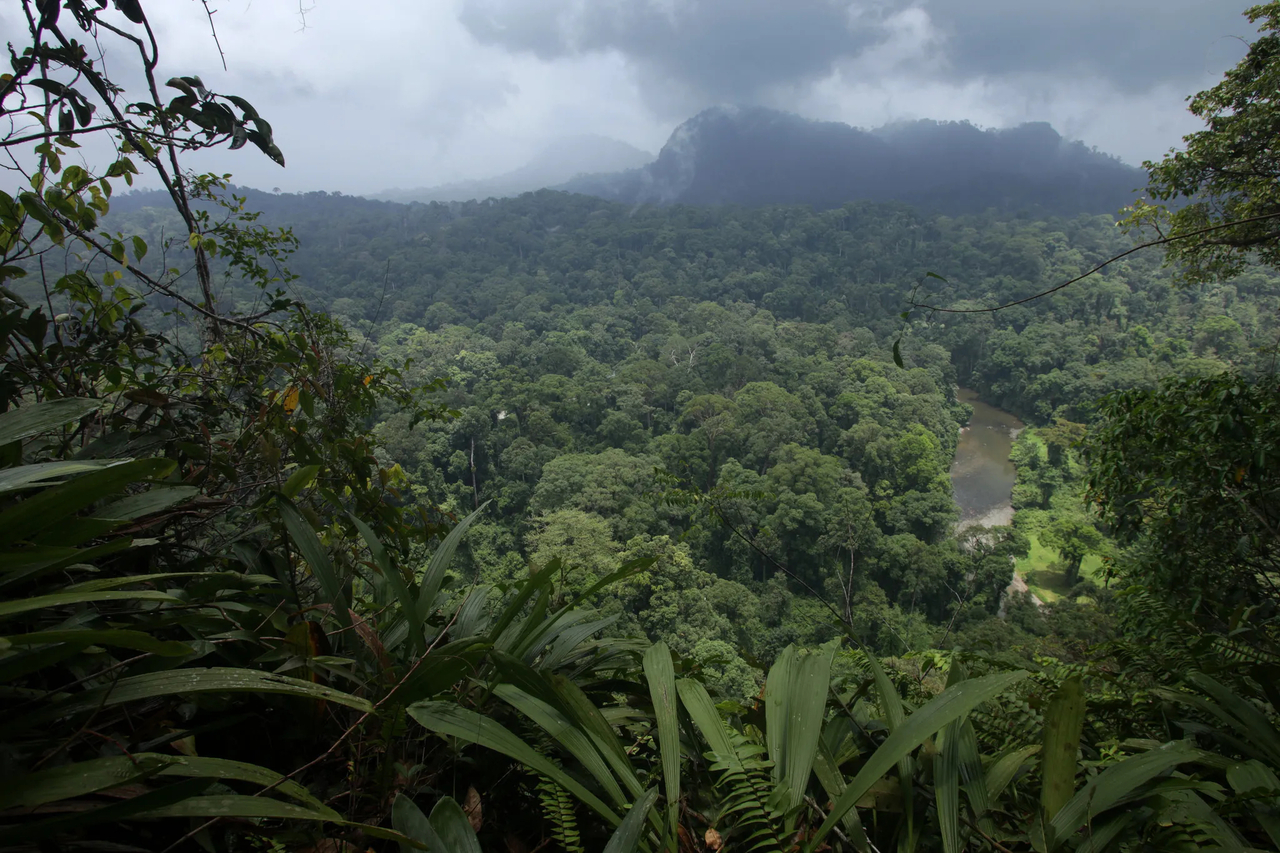 Southeast Asia is of exceptional interest to biogeographers for its species richness. From combined landscape evolution and connectivity models, we explore how drainage reorganisation and river captures over the Quaternary might have influenced species migration during low sea-level conditions.