From the tiny 15.3 Megabases of the flatworm parasite Intoshia variabili, to the gigantic 133 Gigabases of the marbled lungfish Protopterus aethiopicus, the size of animal genomes – the complement of DNA molecules that contain the information to build an organism – can vary nearly four orders of magnitude. Surprisingly, these differences in genome size are not related to body or behavioural complexity, and thus how and why animal genomes vary so much in size is still an unresolved question in Biology, often referred to as the C-value paradox.

We unknowingly began to approach this question during a cold norwegian winter in 2013, when Katrine Worsaae, from University of Copenhagen, visited Andreas Hejnol’s lab in Bergen (Norway), where I was doing my postdoctoral research at that time. She brought with her a few 50 mL falcon tubes with several hundred females of a microscopic annelid species, Dimorphilus gyrociliatus, a species Katrine had been studying for 6 years. With her visit to the Hejnol lab, Katrine wanted to establish gene expression techniques for the study of this tiny meiobenthic annelid worm, and thus one of the first steps we decided to take was to generate some transcriptomic and genomic data for this animal.

Little did we expect that the analysis of that sequencing dataset would uncover a tiny genome of around 72 Mb, becoming the smallest known genome for an annelid worm, and one of the smallest ever sequenced for an animal. Interestingly, most of the smallest animal genomes available by then belonged to species of three animal groups, namely Nematoda (roundworms), Tardigrada (waterbears) and Urochordata (sea squirts and larvaceans). In most of these groups, genome compaction came along with important changes in the way genomes are structured (e.g. the number and type of genes, and the way these genes are ordered along the DNA molecules) and function (i.e. how the expression of genes are regulated). Therefore, the tiny genome of the annelid Dimorphilus gyrociliatus became a new system to test whether these changes were a constant in cases of genome compaction or rather specialisations of certain animal lineages.

After establishing a fantastic team of experts on animal genome evolution, we combined classic organismal approaches with some of the most modern approaches to study genome regulation to demonstrate that genome compaction in the tiny Dimorphilus gyrociliatus largely followed a different route to that of other known animals with small genomes. Moreover, we found that changes in the MYC pathway, a core regulator of cell size and cell number in animals could be at the core of the peculiar biology of this tiny annelid worm. Altogether, our study demonstrated a conservative route to genome compaction, highlighting once more the importance of exploring animal diversity to gain insights into some of the more puzzling questions in Biology. Because sometimes, the smallest animals still have big stories to tell. 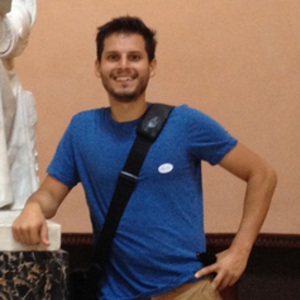