What allows females and males to be morphologically different while sharing most of their genome? We have discovered that the answer to this long-standing question can be attributed to the Y chromosome, the very part of the genome that is not shared between the sexes.

Female Callosobruchus maculatus seed beetles are small, typically less than 4mm long, but just like in most insects, the males are even smaller. Such morphological differences between the sexes are common in nature and speak of the different reproductive strategies the sexes have, but we know little of how sexual dimorphisms can actually evolve. Males and females share most of their genome and rely mostly on the same genes to express shared traits, such as the body size. This creates a genetic dependency between the sexes where gene variants have similar phenotypic effects on both sexes hindering trait divergence between them. Conflict of interest over the genes arises when bigger is better only for one sex, while the other sex is more successful when being small. For sexual dimorphism to evolve, this genetic conflict would somehow need to be resolved.

This puzzle has sparked a lot of research that have tackled the topic from two main directions. While some studies have looked into identifying genetic differences between the sexes, others have looked into how selection affects the evolution of sexually dimorphic traits. In our new study we combine both and show how selection can alter the sexual dimorphism differently based on which genetic architecture is targeted.

Bugging the bugs about the secrets of sexual dimorphism

As a first step we analyzed the genetic architecture of male and female body size (weight). Equipped with a jar of beetles and a micro scale for weighing them, we set out to create a massive breeding scheme that eventually spanned four generations and included over 8,000 beetles. We created a structure of relatedness that allowed us to statistically work out the patterns of genetic variation in body size attributable to the autosomes and the sex chromosomes. We could also estimate how much of the genetic variation is down to additive effects and how much is dominance variation.

The first thing we wanted to test with our beetle pedigree is how much of the genetic variation affects the sexes similarly, in other words, how bad the prospect of sexual conflict is in our beetles. We found that most of the variation in the autosomes was indeed shared between females and males, which suggested that when we would start our selection experiment, we could expect that selecting for, say, large individuals in one sex would also cause a size increase in the opposite sex. So, not good news for getting sexual dimorphism to evolve! But then things got interesting. We found that in addition to the shared genetic variation, males showed additive variation, specific to only them. The Y chromosome had a major effect on male size, as big as the rest of the male genome combined, despite only representing 1% of the genome. This discovery made a lot of sense but was also hard to believe. The Y chromosome only occurs in males and is in a sense an ideal location for genes to facilitate the evolution of sexual dimorphism, as genes on the Y could affect the males without causing a correlated change in females. However, just like in our C. maculatus, in many species the Y chromosome is small and genes on the Y are prone to be lost due to a process known as Y degeneration. In addition to this Y surprise, we also discovered further sex specific genetic architecture such as sex specific dominance and an effect of the X chromosome, suggesting that dimorphism could evolve through multiple routes.

Can sexual dimorphism evolve? Insight from over two years of beetle breeding

Harnessed with all this information, we then tested if and how body size can evolve in our beetles. We created different lab selection regimes, where selection acted either on one sex only, or on both but in opposite directions. These selection lines mimicked different forms of sex-specific selection typically envisioned to drive the evolution of sexual dimorphisms in the wild. We discovered that, in accordance to our prediction based on the pedigree analysis, the shared variation prevented any change in sexual dimorphism when selection operated only on females – because then male size evolved similarly to females (conflict!). In contrast, when selection could target males and therefore the Y chromosome variation, it could easily increase or decrease sexual dimorphism, depending on the direction of selection applied. But the greatest change in dimorphism we observed under sexually antagonistic selection – the form of selection where we directly sought to increase the level of sexual dimorphism. Under this sexually antagonistic selection dimorphism continued to evolve well after the Y variation was depleted. This was an important observation because it showed that while the Y chromosome does have a large effect, sexual dimorphism can evolve through other mechanisms as well, in line with the genetic architecture we identified in the pedigree analysis.

The large Y chromosome effect on males could have in principle be caused by an interactive effect of the Y with variation elsewhere in the genome. To test how much the Y variation affects male size on its own right, we decided to continue even further and created males that were genetically identical to each other (i.e. resemble identical twins) except for the Y chromosome. With this experiment we could show that the different Y haplotypes changed male size roughly by 30%, thereby also changing sexual size dimorphism.

Sometimes people ask why study beetles and not some bigger and more charismatic organism? To do these three experiments we bred and individually handled roughly a quarter of a million beetles, across 26 generations. To put this into perspective, the same work in humans would have required 1.5 times the population of Uppsala (the town we are based in) and experimenting on them for about 780 years. These handy little beetles taught us that sex differences can evolve rapidly, perhaps more easily than many have thought, despite the constraints of a shared genome. Now we know that a small Y is like a private male switch that makes bigger or smaller males without meddling with the female size. This helps males in evolutionary terms. And by doing so the Y chromosome also resolves the conflict with females, by decoupling the male and female response to different selection pressures, thus the Y chromosome also indirectly benefits females.

The blog post was written together with my supervisor Elina Immonen. 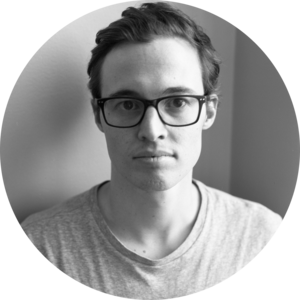