Two women, both Colombian expatriate scientists based in the US, convinced me, an immigrant to Colombia, my adopted home although I was not born here, that what I was seeing deserved major academic exposure.
Dolors Armenteras-Pascual
Prof, Universidad Nacional de Colombia
Follow
Like Liked by Ben Johnson and 2 others
1

Signing of peace agreements in Colombia has brought armed conflict to an end, but has also led to encroachment, development and deforestation of previously disputed forested areas, as revealed by remote sensing data.

Although the signing of the peace agreement generated a sense of national optimism, fire-driven deforestation exploded beyond previous scales, bringing large environmental impacts and belying expectations of sustainable land use following the agreement. In parallel, a giddy optimism led to several opinion articles in which authors from the global North with easy access to editors, together with local scientists, severely underestimated the impacts to come. Having set foot in these landscapes, many times before, we instead wanted the data to speak for itself. In contrast with such opinion pieces, our paper was a result of years of research and is built on extensive experience, local knowledge, and data.

At my lab, we have been publishing in international peer reviewed journals as much as our capacity makes possible, even though our work, based in the developing world, is often misjudged by reviewers and editors. But even after overcoming these barriers, exposure has been limited. It is hard to attend meetings, conferences and keep up with heavy workloads, and still have our limited networking often interpreted by better supported academics in the North as a lack of interest or worse, commitment. Colleagues from privileged institutions please be aware that limited time, efficiency, infrastructure, and funding are obstacles to keeping up with your rhythm.

Even when I have managed to participate, my voice is often unheard, and my work is underestimated by many scientists. It usually takes longer to have my points accepted and still, my points are either ignored or worse; they are adopted by other voices who then use their resources to amplify and forget about where the insights originated. I have often felt intellectually robbed of my ideas and of the opportunities that could help develop science here in Colombia, opportunities to build capacity not for individual progress but for society. I am aware of the existing systemic inequalities in science, the privileges that many academics possess and are not ever aware of. I have always wondered whether, visibility but also the credibility of science at the international level is biased according to the place where it originates. This is, indeed, a result of many factors that some people have already begun discussing openly, myself among them; but it is, nevertheless, very frustrating.

Our paper in NEE at least made a dent in the challenge of raising developing country voices, and it increased my research visibility considerably. I have now faced the challenge of being more exposed to the media and social networks, blogs, and podcasts. I admit that talking to journalists is not in my comfort zone, but if it weren’t for the quality of my research, would the journalists have found us and my voice? I do believe all efforts eventually pay off. A voice from the institutions of developing countries is often hard to hear. I have made an effort since I felt obliged to communicate, to speak out about how long we have been generating this type of evidence. It has been a long and lonely road in a country where lead women scientists are hardly recognized as leaders, but perhaps this paper is now a turning point.

If my coauthors have appreciated the same relative increase of exposure or not, I cannot say. I do believe, however, that where they are based gives them an advantage I do not have the privilege to hold. But I would prefer to always work with conscientious colleagues, perhaps because they have been successful outside the country they love, and they know the harsh reality firsthand. Nevertheless, it has been a pleasure to work with them even when reporting such negative environmental situations. I will not lie, I still feel often frustrated because it took so long and required so much work to be noticed at the international level with biases against developing country science. I actually still have to face the comments of panels saying my research has not had enough impact. But, on the other hand, what matters is the reason behind why we do science, and I feel grateful to NEE and its editors for trusting me and my collaborators. I feel happy to be one of many examples of how much and how important science from the global South is, and yes I am proud. What I also say it loud is that the global North’s ivory tower needs to be further shaken. We need even more science close to the realities that countries face, and I will keep trying to show relevant science can be accomplished, and I will make an effort to keep providing more hard facts that face realities and drive relevant solutions for communities, which is finally what most of us desire, otherwise why do we publish? Thanks to NEE for providing me this opportunity and many more to come.

Fabio Berzaghi
about 2 years ago

It's really disappointing that science is not really unbiased on so many levels, I always try to avoid reading the institutions until after I read the paper not to bias myself. Most people also write and communicate not in their native tongue and that's also a limitation. But it's nice to see that a paper can help break some of this stigma! 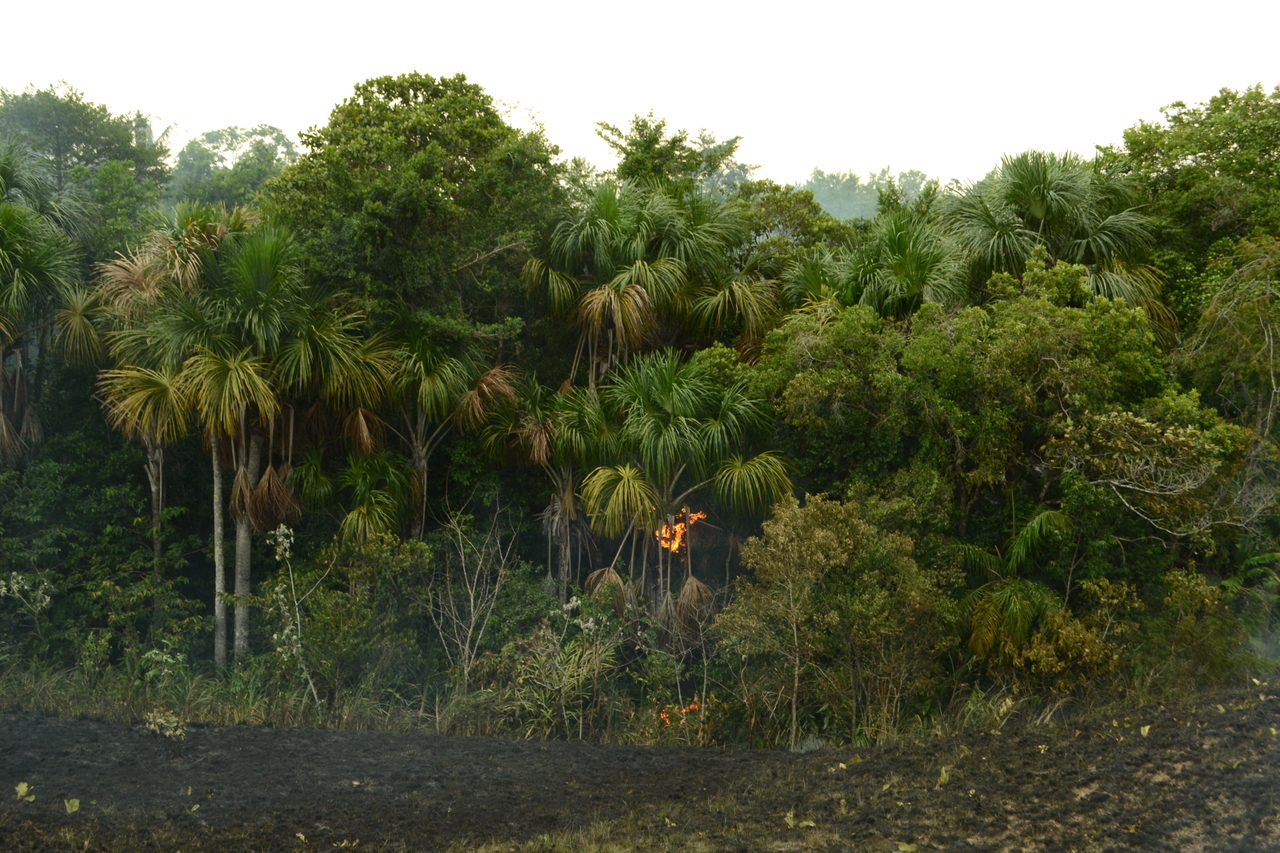 Two women, both Colombian expatriate scientists based in the US, convinced me, an immigrant to Colombia, my adopted home although I was not born here, that what I was seeing deserved major academic exposure.