Our conclusions support the recognition of macroalgae (or seaweed) as essential contributors to oceanic carbon pools.
A. Ortega
Biologist, KAUST
Follow
Like Liked by A. Ortega
0

Macroalgae can be transported across the open ocean, and substantial amounts can reach the seafloor at 4,000 m depth, according to analyses of metagenome data from global expeditions. Macroalgae are a potentially important oceanic carbon sink globally.

During photosynthesis, marine primary producers convert atmospheric carbon dioxide into living biomass, further transferred to the food chain's upper levels. When a marine organism died, its organic carbon can be long-term sequestered in coastal or deep-sea sediments. The global carbon stock from marine living biomass and stored within sediments are referred to as blue carbon.

Blue carbon is promoted as a nature-based solution to mitigate the climate crisis by capturing atmospheric carbon dioxide. However, not all blue carbon elements were equally recognized as important carbon sinks.

Seagrass, mangroves and saltmarshes firmly anchor their roots into the substrate, forming sediments and holding measurable carbon stocks. On the contrary, macroalgae anchor weakly and are 'moving habitats' adrift from the wave's action. Still, macroalgae cannot be neglected from the blue carbon budget as they are impressive primary producers.

It was hypothesized that adrift macroalgal biomass was sequestered somewhere else, but there was no practical method to track this organic carbon export.

Satellite tags can track turtles and whales across the ocean. This method is impractical to follow a fragment of seaweed.

We thought about using environmental DNA –the DNA shed by any organism in their surroundings, to track macroalgae export. Using this approach, one can recover an organism's DNA from an environmental sample even after the organism left. However, following the voyage of macroalgae from the coast to the open and deep ocean requires a large set of samples.

Luckily for us, several expeditions surveyed microorganisms in the global ocean, sequenced hundreds of metagenomes and made the data publicly available. We 'recycled' those metagenomes and searched for macroalgal genes. To our surprise, we found that macroalgae are ubiquitously present from the coast to the open ocean, and that their abundance decreases from the surface to the deep sea. This evidence confirms coastal exports, making macroalgae important stocks in oceanic carbon pools.

If discovering the important contribution of macroalgae to oceanic carbon sequestration were not enough, macroalgae offer other natural solutions for anthropogenic issues. For instance, red macroalgae of the genus Asparagopsis contain anti-methanogenic metabolites that can reduce vast amounts of enteric methane when fed to ruminants. 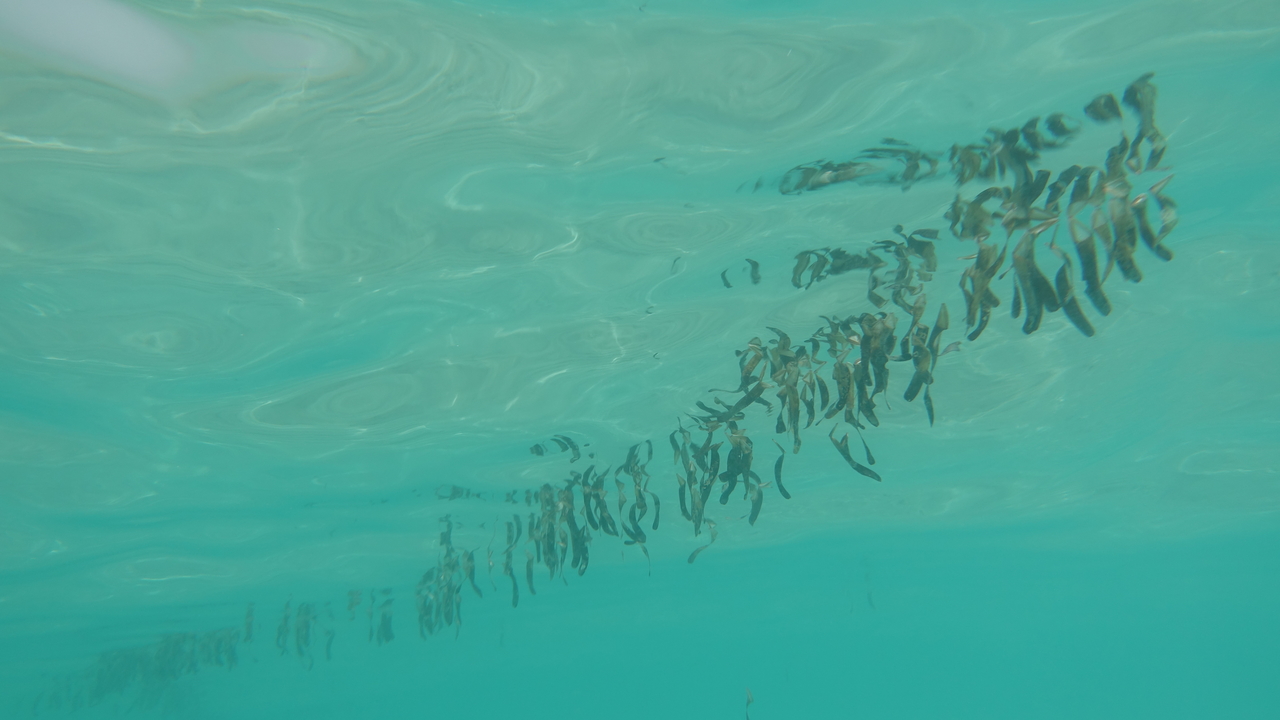 Our conclusions support the recognition of macroalgae (or seaweed) as essential contributors to oceanic carbon pools.