All Species are not equal: Individual species provide multifaceted contributions to the stability of ecosystems

Relationships between species diversity and ecological stability have puzzled ecologists for decades. We conducted a field experiment, simulating local species extinction, to quantify how individual species contribute to the stability of rocky shore communities.

There is widespread evidence to show that biodiversity loss leads to declines in the functioning and stability of ecosystems. Yet, predicting the consequences of individual species loss remains a fundamental challenge in ecology. The ability to partition species contributions to ecosystem productivity has greatly benefitted research on relationships between biodiversity and ecosystem functioning. We developed an analogous framework for multiple dimensions of ecological stability.

Our aim was to develop an experimental framework that would improve our understanding of the frequently disparate relationships between biodiversity and stability observed in both models and experiments. Because of the multidimensional nature of ecological stability, we designed a framework that could incorporate multiple aspects of stability simultaneously, capturing the dynamics of the system and its response to perturbations.  Using stainless steel cages, we experimentally excluded different grazer species from rock pools and periodically surveyed the communities to monitor their stability following a subsequent experimentally-induced pulse perturbation.

Accompanied by fellow QUB PhD student (now Dr) Abby Gilson (whose involvement in much of the fieldwork turned seemingly impossible tasks into merely arduous [and sometimes enjoyable] ones), we began exploring potential field sites around Donegal, Ireland, in early 2016. Finding a site with 48 discrete rock pools of similar size, depth and topography on the mid-shore is no mean feat! Keeping track of the chosen rock pools also proved tricky, but it turns out a bag of easy peel oranges make excellent rock pool markers. Rocky shores of Donegal, exposed to the storms and swell of the Atlantic, aren’t always the most inviting of places in early February. Thankfully, however, warm pubs with welcoming fires were never too far away. The local fisherman soon became accustomed to seeing us appear on the shore (and in the pub) on spring tides and we quickly became known as “The Seaweed Girls”.

By April 2016 I was ready to install my 40 stainless steel cages (constructed with the help of housemates during a cage-making-themed birthday party) at Glashagh Bay, Fanad Head peninsular. Armed with 36- and 18-volt drills, and enough drill bits to raise more than a few eyebrows in the local hardware store, I set off to do some serious drilling. Unfortunately, my helper got stranded abroad so I spent my 26th birthday on the shore alone, trying to shelter the drills from the intermittent hail showers in-between installing cages in 9°C water. The arrival of a local on the shore to tell me that ‘I needed a man to help me with that’ and that my cages ‘wouldn’t last more than a month’ didn’t do a lot to lift morale. Thankfully my reinforcements arrived the next day and the cage installation rate increased.

The cages allowed me to exclude different grazers (limpets, topshells and periwinkles), individually, and in triplet, from the rock pools and I returned to survey the species assemblage within the cages every month. After 4 months, I disturbed the communities by chiselling off 50% of the algal cover (as a proxy for physical damage via storms) and continued to survey the communities for another 10 months to see how the manipulated grazer species would alter community resistance and resilience, as well as reactivity, recovery time and variability. Locating some of the cages following major storms was sometimes challenging due to the vast quantities of rotting seaweed that was washed up. However, contrary to the advice I received from locals, no cages were claimed by the sea.

After 15 months it was time to say goodbye to the cages and to the locals in the pub. We surveyed and destructively sampled all the species within the cages and disassembled them, allowing the shore to return to normal. Our study revealed that individual species can moderate the stability of ecosystems in a variety of ways and can simultaneously contribute both positively and negatively to stability, making predicting and managing the consequences of their loss an especially challenging task. Even though the combined effects of multiple species to some dimensions of stability were predictable, the multifaceted consequences of species loss present a significant challenge to ecologists trying to conserve ecosystems and maintain or enhance their stability under global change.

Exploring the role of soil microorganisms in plant invasion

Trying to improve the rigour of systematic reviews 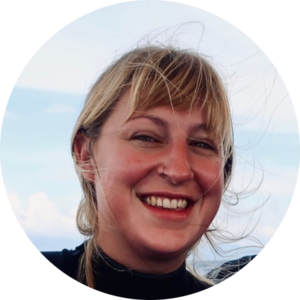