Superoxide dismutase enzymes are key components of the antioxidant defence strategies of plants, animals and bacteria, but when did they evolve in oxygen-producing blue-green cyanobacteria?

Two thousand, five hundred million years ago, the Earth was young, having existed for just under half of its lifespan to date (46% to be precise, considering Earth formed ~ 4600 million years ago). As a result, it was very different, potentially unrecognisable. No dinosaurs roamed on land and no fish swam in the Sea. Instead, the world consisted of rocky landscapes with rivers and streams, but no plants or animals. There were broad oceans underneath cloudy skies and volcanoes, but no ozone layer and nothing to breathe in the atmosphere. Our beloved Earth was a planet dominated by microbes.

Some of these microbes existed in slimy mats on the surface of sediments and rocks, whereas others built larger, bulbous structures called stromatolites. Some of these can be visualised in the fossil record, providing a record of ancient life (Bosak et al., 2009). As the stromatolites grew, a change was brewing. Oxygen, a molecule which hadn’t accumulated to any extent before, was seeping into the atmosphere. It’s likely source: Cyanobacteria. Cyanobacteria are the only bacteria capable of oxygenic photosynthesis, a process also used by plants to convert carbon dioxide into oxygen using sunlight. Today, cyanobacteria are widespread throughout the ocean, but back 2500 million years ago they were restricted to freshwater and terrestrial habitats on land (Blank and Sanchez-Baracaldo, 2010). Despite this, the oxygen they were producing would soon accumulate so much that the global atmosphere would change in an upheaval known as the great oxygenation event. To understand how oxygen shaped early life, we asked when oxygen-producing cyanobacteria evolved and when they started using superoxide dismutase enzymes (SODs) to manage reactive oxygen species. 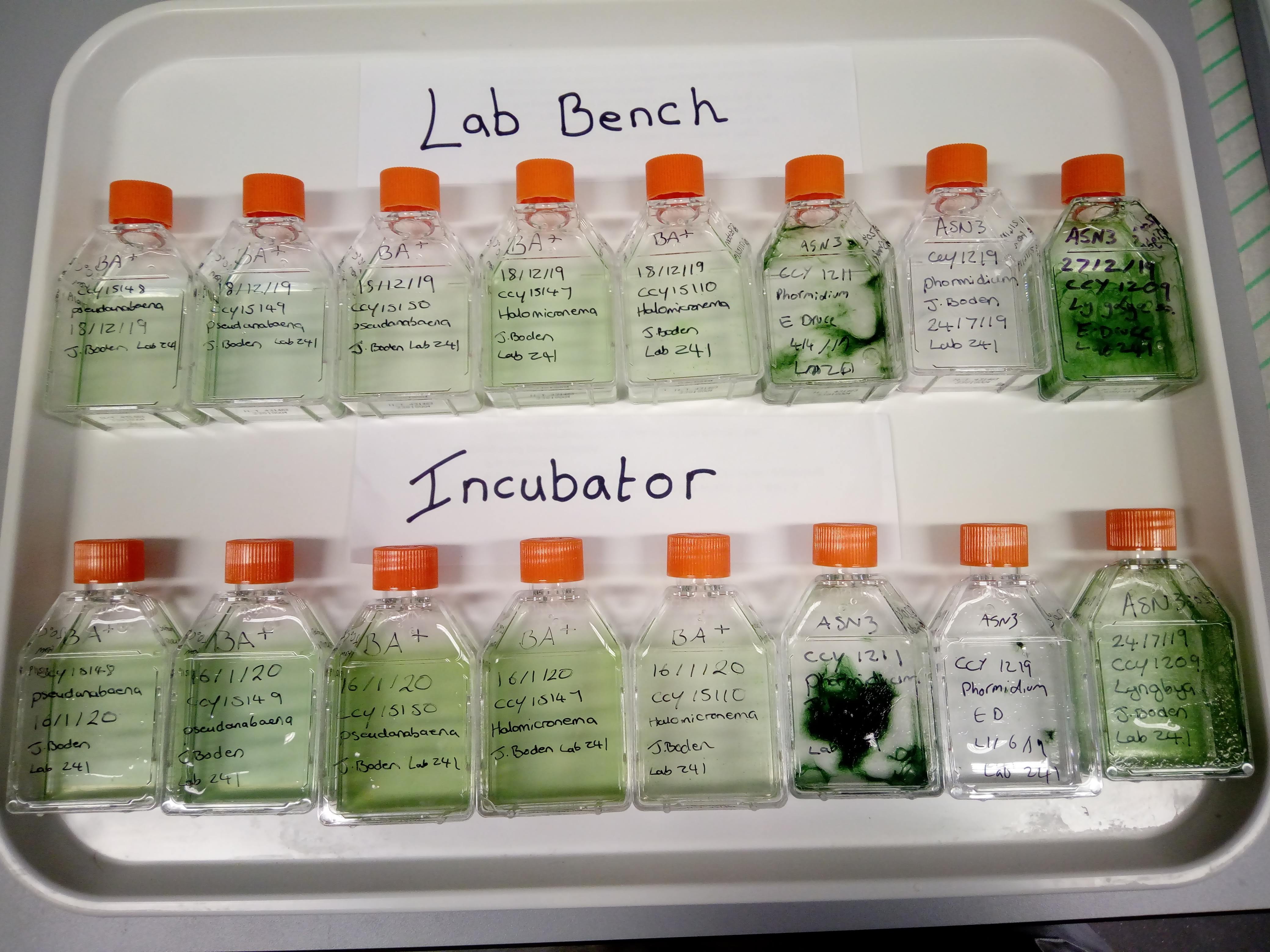 Our approach combines microfossils (so named because of their small size) of cyanobacteria and some of their host species (Cornejo-Castillo et al., 2016) with geochemical records and genetic information. This is incorporated into a relaxed Bayesian molecular clock to determine when cyanobacteria emerged (we define this as the point they diversified from Vampirovibrionia, their closest non-photosynthetic relatives)(Soo et al., 2014, Di Rienzi et al., 2013). Our results suggest that cyanobacteria emerged around a thousand million years before the great oxygenation event. This contrasts another molecular clock study which found cyanobacteria emerging more recently (Shih et al., 2013)(different strains and molecular markers were used), but makes sense given that proteins required for photosynthesis evolved in the early Archaean (Cardona et al., 2019, Sanchez-Baracaldo and Cardona, 2020, Oliver et al., 2021). Our results also suggest that cyanobacteria were responsible for early “whiffs” of oxygen dated to ~ 3000 million years ago (Crowe et al., 2013).

Armed with the knowledge that oxygen-producing cyanobacteria had existed for 3300 to 3500 million years, we investigated how they dealt with the oxygen they produced. Why? Because oxygen is a molecule of two sides. It is essential for aerobic life (including animals) but can also be dangerous in the wrong circumstances, where it reacts to produce unhealthy quantities of reactive oxygen species (ROS). To cope with these ROS, modern life has evolved strategies such as pigments called carotenoids and a wealth of antioxidant enzymes to remove them. In this project, we studied the evolutionary history of four of these antioxidant enzymes: NiSOD, CuZnSOD and Fe- and Mn-utilising SODs. Such SODs are found in everything from animals to plants and bacteria, where they manage ROS by converting superoxide free radicals into hydrogen peroxide (Miller, 2012).

First, we looked at their distribution. Which cyanobacteria use SODs and which type do they use? After searching in 153 cyanobacterial genomes, we found that FeSOD and MnSOD were most common and CuZnSOD the least. Next, we reconstructed the evolutionary history of each SOD, looking for patterns which would indicate inheritance from a common ancestor which existed millions of years ago. We discovered that cyanobacteria had acquired their SOD genes from other bacteria on several occasions throughout history. As a result, different strains used different antioxidant enzymes depending on their circumstances. For example, cyanobacteria which live planktonic lifestyles, floating in the ocean, often use NiSOD. Whereas most cyanobacteria, regardless of their habitat, use Mn- or Fe-SODs.

The first cyanobacterium to use NiSOD was marine and existed in the Neoproterozoic (1000 to 541 million years ago), around the same time that cyanobacteria from coastal environments invaded the open ocean (Sanchez-Baracaldo, 2015). This is interesting because each type of SOD has different characteristics. NiSOD isn’t irreversibly damaged in the present of excess ROS (specifically hydrogen peroxide), but FeSOD and CuZnSOD are (Sutherland et al., 2021), so NiSOD might be more useful in habitats with plentiful ROS, such as coral reefs and productive coastal waters (Sutherland et al., 2020). We also hypothesise that NiSOD is useful in the ocean because it’s small and constructed from metals which are more bioavailable there. Larger proteins, such as FeSOD, are composed of more amino acids, so require more nitrogen and phosphorus to “manufacture”. The open ocean, where many planktonic cyanobacteria live, is nutrient-poor in comparison to other habitats, such as lakes and soil, so when offered the choice of making a large or a small enzyme with the same biological role, they might choose the smaller NiSOD, to conserve resources.

But what about earlier cyanobacteria? The ones which caused the great oxygenation event beginning around 2,500 million years ago? Did they use SODs to manage reactive oxygen species? Our results suggest that ‘yes, they did’. The evolutionary trajectory of a different SOD, using copper and zinc cofactors instead of nickel matched those of older, more ancestral cyanobacteria which diversified at least 2,700 million years ago. This suggests that oxygen-producing bacteria were equipped with mechanisms of managing ROS before the global atmosphere was flooded with oxygen. Around this time, cyanobacteria expanded into new ecological niches and habitats (Blank and Sanchez-Baracaldo, 2010, Schirrmeister et al., 2016), so it’s possible that CuZnSOD was one of many mechanisms which helped them do this. 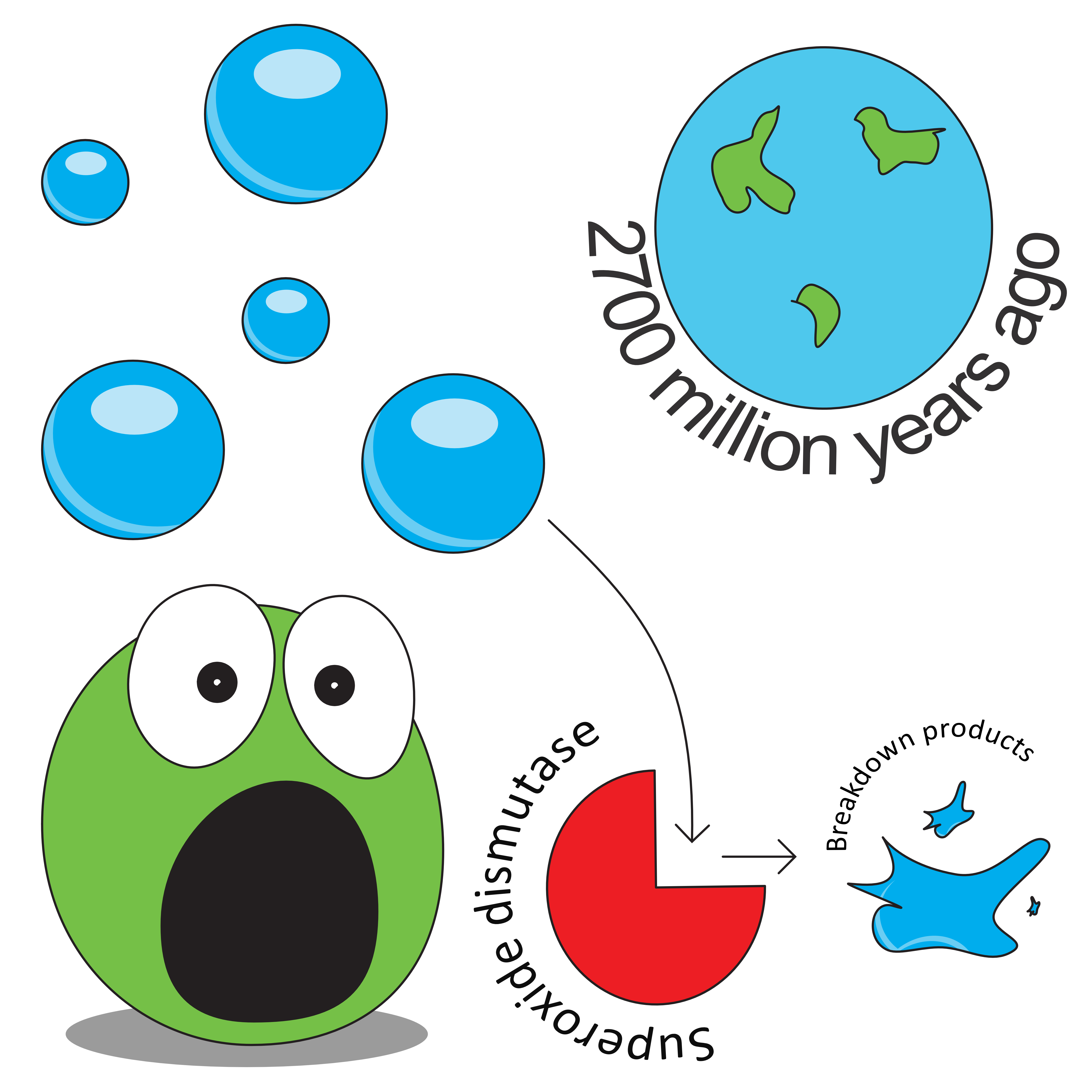 However, further questions remain. The three SODs discussed here represent just one method of managing reactive oxygen species. Many other enzymes and pigments can be used to protect against oxygen and it’s biproducts. When did they evolve? And why have so many cyanobacteria lost their CuZnSODs since the Archaean? We hope future studies will address some of these exciting questions, but in the meantime, we encourage you to recognise that ancient Earth contained a variety of different habitats, which shaped the evolution of ancient life.

BLANK, C. E. & SANCHEZ-BARACALDO, P. 2010. Timing of morphological and ecological innovations in the Cyanobacteria - a key to understanding the rise in atmospheric oxygen. Geobiology, 8, 1-23. 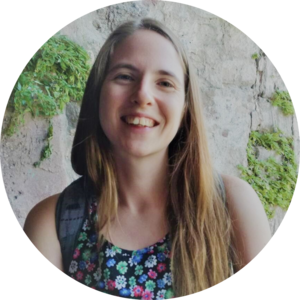 I am an evolutionary microbiologist with developing expertise in phylogenetic analyses, molecular clocks, culturing and genome assembly. My work aims to better understand how cyanobacteria have evolved and interacted with their environments over the past 3-4 billion years.