“Do you get car sick easily?” Svante Pääbo asked just as we were getting into a rental car at the airport in Sofia, Bulgaria. Growing up in rural Croatia where speed limits are taken as a mere suggestion rather than an actual legal regulation, I shook my head – “No.”, I said. “Very good!” As if I would have admitted it otherwise.

A large international team led by Jean-Jacques Hublin, Tsenka Tsanova and Shannon McPherron from the Human Evolution Department of the Max Planck Institute for Evolutionary Anthropology (MPI-EVA, Leipzig) and Nikolay Sirakov and Svoboda Sirakova of the National Institute of Archaeology with Museum (Sofia) renewed the excavations of the Bacho Kiro Cave in Bulgaria in 2015. In late October 2019, Svante and I were driving to the small town of Dryanovo in central Bulgaria to meet with our colleagues and to report what we had found so far.

Bacho Kiro Cave, located some 5 km away from Dryanovo on the northern slope of the Balkan Mountains, is a key archaeological site for understanding human prehistory. It contains an intact series of exceptionally preserved archaeological layers that span the Middle to Upper Palaeolithic transition – the time when modern humans spread across Europe and Neandertals disappeared. However, human remains from this time period are notoriously rare, and genomic data from such remains are even rarer, limiting what we know about the interactions between the two groups.

We joined the Bacho Kiro Cave team some two years earlier, shortly after the discovery of a modern human molar by Zeljko Rezek. The ZooMS team had further identified six human bone fragments among thousands of small nondescript bone pieces by using mass spectrometry to study protein fragments in the bones. Importantly, four of these fragments and the molar were the first human remains found in a direct association with Initial Upper Palaeolithic (IUP) stone tools, the oldest cultural complex thought to be associated with modern humans in Eurasia. However, human remains had never been found together with typical IUP stone tools. I could still vividly remember the breath-taking moment when we were told about these specimens, which were directly radiocarbon dated by Helen Fewlass to between 46,000 and 43,000 years ago. Last year two papers in Nature and Nature Ecology and Evolution, respectively, described what are currently the oldest securely dated Upper Palaeolithic modern humans in Europe.

Back in Leipzig, with the precious human remains from Bacho Kiro Cave, I went to our clean room and removed tiny bits of powder (an approach we call “micro-sampling”) from the human specimens, simultaneously chanting “Please have some DNA, please have some DNA” under my breath.

No matter how interesting questions and how exciting ancient remains one has, if there is no endogenous DNA, well, then the project is dead, much like your samples. After the death of an organism, its DNA starts to degrade, becomes shorter, and accumulates chemical modifications. At the same time, microorganisms that colonise the remains leave behind their own DNA. But the biggest problem, especially when working with ancient hominin remains, represents DNA that comes from present-day humans handling the bones. Although we take every precaution to reduce the risk of contamination, we never know whether there is any endogenous DNA left in the specimen. Thus, some of us talk to the bones while sampling, some might even sing, or take whatever measure that may please the Ancient DNA Gods.

After sequencing the DNA libraries we prepared from the bones, we found that small amounts of the DNA could be mapped to the human genome and that these DNA fragments carried characteristic ancient DNA modifications at their ends. Some endogenous DNA was indeed preserved! Due to the small proportion of endogenous DNA, we used an approach to enrich DNA libraries for sites across the human genome that are informative about the relationships among ancient and present-day humans, as well as Neandertals and Denisovans.

Surprisingly and unlike what would perhaps be expected for ancient individuals from Europe, we found that the IUP Bacho Kiro Cave individuals were related to human groups that contributed ancestry to later East Asians rather than later West Eurasians. These genetic links seem to match the links between the IUP stone tools found in Bacho Kiro Cave and those found across Eurasia to Mongolia. Moreover, the more recent of the five individuals from Bacho Kiro Cave, dated to ~35,000 years ago, belonged to a group that was clearly genetically distinct from the earlier inhabitants of the cave, showing that the earlier population became largely replaced in West Eurasia by subsequent migrations.

What are the chances?

The IUP Bacho Kiro Cave people lived at the same time as some of the very last Neandertals in Europe. Until now, only one individual was found to have had a recent Neandertal ancestor in his family tree, the 40,000-year-old Oase1 individual from Romania, found a few hundred kilometres north-west of Bacho Kiro Cave. Using software developed by Ben Peter in our department, we scanned their genomes for fragments of Neandertal DNA. Long segments of Neandertal DNA in the genomes of all IUP Bacho Kiro Cave individuals started to emerge on my computer screen, one after another. Based on the lengths of these segments, we estimated that they must have had Neandertal ancestors ~5-7 generations back in their family histories. These results suggest that the mixing between some of the first modern humans in Europe and Neandertals was rather common.

To answer this and other questions, we would much like to get genomic data from other archaeological sites with IUP stone tools from across Eurasia. The picture that emerges from our study is that the early human groups that colonized Eurasia from Africa had a complex history. There must have been several different groups that were differently related to each other and interacted differently with the Neandertals. We still have much to learn.

You can read our paper Initial Upper Palaeolithic humans in Europe had recent Neanderthal ancestry out today in Nature. And while you’re at it, have a read of a wonderful write-up by Helen Fewlass about the Bacho Kiro Cave and the two previous papers in Nature and Nature Ecology and Evolution. 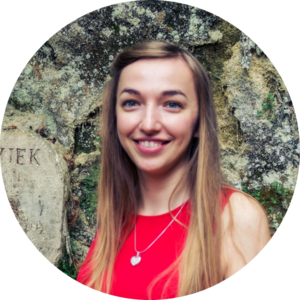 Interested in human prehistory, Neandertals, evolution and everything related to ancient DNA :)

I loved this story, thank you for sharing it!