Mosquitoes take the first place in the world’s deadliest animal list due to several diseases they spread like malaria, dengue, Zika, and lymphatic filariasis. Controlling the mosquito population density is one of the means to decrease infected mosquito bites and consequently, lower infection rate.

Historically, most of the adult mosquito control methods focus on females with little attention to targeting males.

Our study begins with a lunch meeting in a summer meadow near Stockholm University. We just published a story regarding a key malaria parasite metabolite which can manipulate the behaviour of female mosquitoes for its own transmission success. Prof Anna-Karin Borg-Karlson, Dr. Raimondas Mozūraitis and I (Dr. Noushin Emami) were discussing the mosquito communication, interactions, and manipulation in nature. At this moment Anna-Karin mentioned that she and a scientist in her group, Dr. Katinka Pålsson had done analytical experiments on swarming cues of male mosquitoes. That project started as typical curiosity-driven research without funding at that time. Prof Anna-Karin Borg-Karlson as an ecological chemist had an interest in chemical cues released by male mosquitoes. Later, her group at Royal Institute of Technology (KTH) in Stockholm initiated a project on mosquito swarming odours which was supported by International Atomic Energy Association as a part of a mosquito network designed to exploit means for destabilizing mosquito populations.

As infection and behavioural biologist, I was eager to know more about the behaviour of male mosquitoes and the effect of their chemical cues on female mosquito attraction and mating success. I remember I asked Raimondas and Anna-Karin: “Does a pheromone exist governing Anopheles mating behaviour?” On that summer afternoon, we decided to combine the multidisciplinary expertise and use excellent human malaria mosquito infection facility at the Department of Molecular Biosciences (MBW), Stockholm University which I established and run. It was a phenomenal decision.

In my laboratory, we are studying the malaria parasite metabolites which can manipulate the behaviour of female mosquitoes for its own transmission success using the chemical ecology techniques, and behavioural dynamics. The laboratory investigation of male mosquito behaviour has been carried out in that facility. We further discussed whether we could expand the idea and look for about a universal pheromone in anophelines. We knew there are chemical cues and/or pheromones for aggregation and mating behaviour in various insects, interestingly Aedes mosquitoes. As a matter of fact, the hypothesis that the anopheline male mosquitoes have pheromone for their desirable activities seemed plausible. It didn’t take long to expand the hypothesis to a laboratory experimental setup, where two colonized Anopheles mosquitoes, An. gambiae and An. arabiensis were expected to be investigated chemically and behaviourally. After long hours of laboratory experimentation and chemical evaluations, we found it. Yes, there is a putative aggregation pheromone for male anopheline mosquitoes. We were extremely happy, however, we needed to confirm that this was not only a laboratory phenomenon of colonised mosquitoes in artificial systems.

We decided to test our synthetic putative pheromone in the field. We (Raimondas and I) travelled to South Africa where we met and collaborated with our super helpful and experienced colleagues, Prof Lizette Koekemoer and Jacek Zawada. Fieldwork offers fun activities in that it combines science and social activities amongst researchers. Working in an African setting comes with the additional excitement where we could sit in the big cages to monitor mosquito dancing/mating behaviour during dusk. The most pleasant memory that stuck with me since the South African fieldwork is when I heard my colleague, Raimondas, was excitedly shouting from a faraway experimental cage “It works!!!”

In South Africa, we observed the blend composed of synthetic analogues of our laboratory recognised compounds proved highly attractive to virgin males and females of both species and incited swarming behaviour by them, i.e., it functioned as aggregation pheromone. Moreover, the blend significantly increased mating success in five African malaria vectors: An. gambiae, Anopheles coluzzii, An. arabiensis, Anopheles merus and Anopheles funestus. To sum up, we narrowed a conspicuous gap in understanding a vital aspect of the chemical ecology of male mosquitoes.

When we came back to Stockholm University, we also decided to demonstrate the fundamental roles of rhythmic and metabolic genes in the physiology and behavioural regulation of these vectors. This part of the study is passionately conducted by my PhD student, Melika Hajkazemian in collaboration with Dr. Marc Friedländer group at Scilifelab. Melika is not only a good science student but also a gifted artist.

Our study demonstrates that male mosquito has a critical role in vector-control strategies. We have focused on chemical ecology, behaviour, and transcriptional variation in this sex. We are just beginning to unravel the complex mosquito to mosquito interactions leading to key opportunities to destabilise anopheline populations and disease transmission. I strongly believe we can learn a lot from the fundamental biology of the male mosquitoes, like a baited trap using the male pheromone to lure male and female mosquitoes towards their deadly siren. Our investigation offers multiple unexplored opportunities for improved research and applied methodologies aimed at controlling the very serious harm caused by deadly mosquitoes. 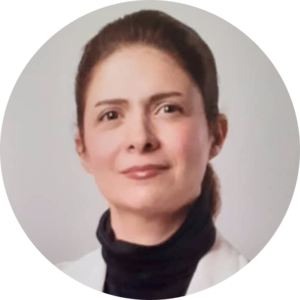