Bean geese illustrate the exchange of genes and ideas

Genomic analyses reveal extensive introgression between taiga and tundra bean goose. These results are the outcome of a fruitful international collaboration.

The French scientist and philosopher Blaise Pascal once wrote: "Knowledge is like a sphere, the greater its volume, the larger its contact with the unknown." In other words, the more you know about a certain topic, the more interesting questions arise. I can certainly relate to this: when I finished my PhD in 2016, I had more unanswered questions than when I started it. Recently, I managed to answer some of these questions through a fruitful collaboration. Our findings appeared in the journal Heredity.

Let's start from the beginning. During my PhD at Wageningen University (the Netherlands), I explored the evolutionary history of the True Geese (genera Anser and Branta) using genomic data. These analyses revealed high levels of interspecific gene flow - also known as introgression - between several goose species. At the time, however, we were not able to pinpoint the exact timing of these introgression events. Moreover, we were curious which genomic regions had been exchanged between the species and how this affected their subsequent evolution. A lot of unanswered questions.

A few months later, I received an e-mail from Hans Ellegren (Uppsala University, Sweden), offering me a postdoc position. He had read our work and was interested in exploring the evolution of the True Geese in more detail. I immediately contacted several goose researchers and started collecting blood and tissue samples from as many species as possible. These samples were send to Uppsala for whole-genome re-sequencing at SciLifeLab. Later on, I followed my samples to Sweden, eager to start analyzing the generated genomic data and hopefully resolve some of the unanswered questions.

I decided to focus on the taiga and tundra bean geese. It is not always easy to tell the difference between these geese. In general, the taiga type has a longer beak with a broad orange marking whereas the tundra type has a shorter beak with a reduced orange band on the bill. The situation is even more complex because these birds occasionally hybridize, as shown by previous genetic work. What could genomics tell us about the evolutionary history of these birds?

Based on the genomes of 9 taiga bean geese and 9 tundra bean geese, we reconstructed their evolutionary history. It turned out that they diverged about 2.5 million years ago and came into secondary contact ca. 60,000 years ago. Their genomes are largely undifferentiated but a few genomic regions – so-called ‘islands of differentiation’ – stand out. These islands might contain genes that contribute to reproductive isolation. For example, we found the gene KCNU1 which is involved in spermatogenesis. However, other evolutionary forces (such as background selection) can also give rise to these islands of differentiation. So, we managed to solve some questions, only to generate a new set of unanswered questions to explore.

This study illustrated the timing and patterns of introgression between the taiga and the tundra bean goose. More importantly, it also showed the collaborative nature of scientific research. I teamed up with Hans Ellegren to sequence and analyze the genomes of these birds. In addition, Johanna Honka (University of Oulu, Finland) and Gerard Müskens (Wageningen University, the Netherlands) contributed the samples and provided crucial insights from the field. Together, we managed to slightly expand the sphere of scientific knowledge, increasing its contact with the unknown. Time to tackle the next set of exciting unanswered questions. 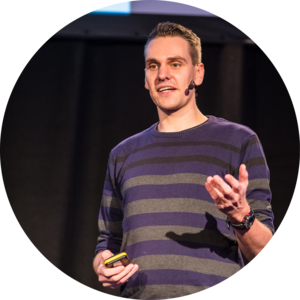