Behind the Mangroves’ roots of cooperation

In the struggle for limited resources cooperation might pose greater advantages than competition. Can mangrove trees teach us about the relevance of root grafts for forest resilience?

+1
Alejandra G Vovides and 1 other View all
Research Associate, University of Glasgow
Follow 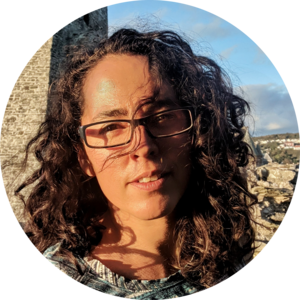 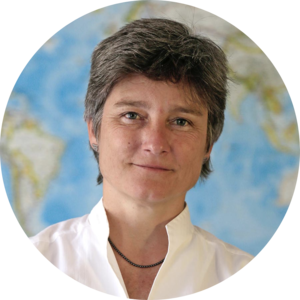 In 2015, when the idea for this study was born, we were not looking for root grafts underneath the mangrove swamp. We were actually looking up at tree crowns, studying morphological plasticity and aboveground biomass, neighbor avoidance – in one word, competition. We were interested in seeing how environmental stress influences tree crowns’ neighbor avoidance, leading to asymmetry as the stems cannot move along with the crown1. Crown asymmetry can cause a mechanical imbalance which increases the risk of toppling. And yet, mangrove trees, growing in anoxic unstable sediments, with incredibly shallow root systems (no deeper than 30 below the soil surface) still maintain their vertical stems, withstand hurricanes, storm surges, and in fact protect each other. There has to be a plastic response at the root systems compensating for crown asymmetry, we thought – so? let’s follow the root systems! easy – We were soon embarking on a hugely exciting new challenge.

There’s a good reason why studies on tree root systems are not as widespread as, for example, canopy studies are. It requires us to uncover the hidden biomass; this is destructive for the ecosystem and costly for scientists (both in time and effort invested). We were keen to take on this challenge though, as mangrove roots are not that deep, they have a “cable like” structure extending horizontally beneath the soft sediments. It all seemed straight forward – simply uncover cable roots in eight cardinal directions and reconstruct the root polygon around the stem– until the morning after root explorations kick-started. The lagoon flooded and the sediment disturbance reduced our visibility to zero in the water column. One morning Lupillo (Guadalupe Barradas), a community member who has assisted us for years with our studies suggested “Hey Ale, why don’t we use some steel rods to follow the roots? taping on them we can see how far from the stem they stretch”. I did not expect this to help, but there’s nothing worse than not trying. It worked! to the extent of actually feeling the tapping vibrations on a tree stem when the tapping occurred at the root.

We were excited about improving and validating the method2. We added a portable fetal doppler (an ultrasound device normally used to hear the heart bet of gestating babies) to ensure the correct root is being followed. When validating the method, we had an issue: following one root from its origin at the stem base, led us to the stem base of another tree – we soon found this wasn’t a methodological issue, these were root grafts (different roots fused to one another), many of them. We realized that out of 81 measured trees, 37% were grafted to another tree. This was quite a discovery; we have never seen official reports of root grafts in mangroves and could not wait to investigate them further. We thought, it might be perhaps quite apparent that they could be helping mangrove trees to maintain mechanical stability within a very unstable substrate and with exposure to coastal winds. But, could they be serving other functions?, is there greater ecological significance behind root grafts? if not, why are they so frequent?

The common perception of forest community dynamics being ruled only by competition and survival of the fittest is now being challenged by compelling evidence of positive interactions amongst trees, mainly through mycorrhizal networks, mycorrhizal fungi mycelia ‘hook up’ to different tree root systems and function as resource bridges, facilitating the transfer of different nutrients between trees. But root graft connections can also form networks, and if there is a complete fusion of tissues, they are functional and can also exchange resources. Although transfer rates have not yet been quantified, there is increasing evidence that root grafts provide additional benefits3–5. However logistic challenges continue to limit sampling efforts in spatial scale.

By focusing on mangroves, the steel rods and a portable ultrasound device helped us mitigate the impact on soils and increase spatial sampling effort, increasing our ability to map extensive tree networks, at the forest stand scale. Mangrove forests develop along environmental stress gradients (flooding and salinity), which offers further opportunities to better understand the underlying implications of root networks for tree interactions. Integrating field ecology, complex network analysis and statistical modeling, we have found a consistent grafting rate of ~ 30 to 40% along a salinity gradient, but as much as 70% of the upper canopy (the dominant) trees are grafted. Moreover, we discovered the probability of grafting increases with higher environmental stress. Network topologies, increasingly frequent groups but with fewer members and with linear structures – as seen in cooperative societies6– pointed to the of group-size selection mechanisms and the emergence of cooperation as an adaptive trait for survival under limiting conditions.

We hope that the outcome of this work sparks a renewed interest in tree root graft networks. For example, the quantification of water exchange and how root grafts might influence individual and forest stand water use efficiency. We look forward to discover if mutual aid is an adaptive trait in forest communities. We now have the scientific tools, through stable isotope analysis, to disentangle the contribution of direct (root-grafts) and indirect (mycorrhizal) networks in resource exchange between trees. Mangrove forests are incredibly important in the fight against climate change as carbon stores and coastal protection. While we should value these services and push on with restoration efforts, this is a reminder that we should also value mangrove forests for their ‘secrets’ still waiting to be discovered.