Non-saturating relationships of biodiversity with biomass and productivity are shown in remote assemblages of coral reef fishes. These positive relationships were robust to both an extreme heatwave and invasive rats.

A wide variety of interacting natural systems are at work on our planet. These connections – be they obvious and direct, or difficult to observe and indirect – are at the core of Earth system science. The impact of humans on this finely balanced web of interactions has become all the more apparent over the past half century. One key impact on the natural world resulting from human actions is a widespread and drastic reduction in biodiversity. This particular effect may well have the potential to weaken the capacity of ecosystems to withstand the multitude of anthropogenic pressures they face.

The role of biodiversity in ecosystem functioning is well understood on the small scale of experimental studies, but has proved challenging to quantify on the scale of natural systems. Working with a paucity of locations that are sufficiently pristine to host investigations does not help. One such natural laboratory is the Chagos Archipelago in the Indian Ocean. Writing in Nature Ecology & Evolution, Cassandra Benkwitt and co-authors set out to study how biodiversity and ecosystem functioning co-vary among the coral reefs of these remote islands (https://www.nature.com/articles/s41559-020-1203-9).

Importantly, these close links were maintained, even when the reefs came under stress from two distinct instances of human-induced change: coral bleaching from an extreme heatwave and the effects of non-native rats, which have infested some islands but not others. The bleaching directly reduced fish biodiversity in the reefs. The rats, on the other hand, diminished seabird populations by eating eggs and preying on chicks, which in turn reduced the deposition of guano and hence the transport of nutrients to the waters and the reefs. In both cases, although ecosystem function was still reduced either directly or indirectly by anthropogenic stresses, the pattern remained that greater biodiversity was coupled to greater ecosystem function.

If we hope to mitigate our impact on the natural systems of this planet, maintaining biodiversity should be a key priority, alongside a reduction in the sources of human-induced environmental change.

For a behind the paper perspective, and the unexpected consequences of working in such remote locations, see Casey Benkwitt’s blogpost at: https://natureecoevocommunity.nature.com/users/391320-casey-benkwitt/posts/biodiversity-ecosystem-function-relationships-on-remote-coral-reefs 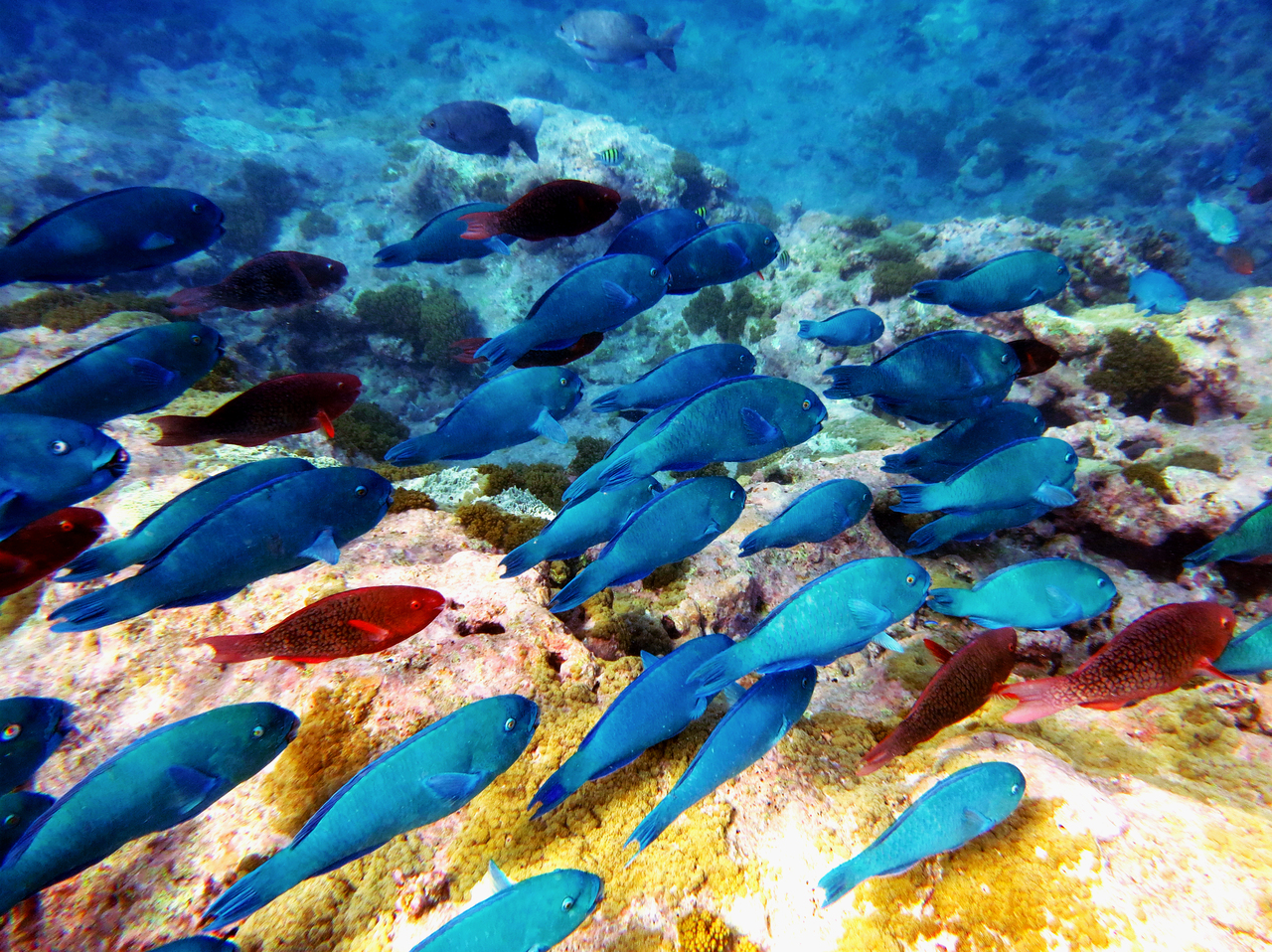