Biodiversity is changing across the globe and biodiversity-ecosystem functioning experiments are a major tool to assess the consequences for ecosystem processes. We assessed the realism and reliability of such experiments by synthesizing experimental and real-world plant-community data.

What do I have to do with all this? Well, I am a community ecologist generally interested in how global change impacts communities and ecosystem processes. In early 2017, we moved the family from Göttingen to Bern. As a synthesis Postdoc in The Jena Experiment, working with Markus Fischer and Pete Manning, I was keen to assess the context dependency of BEF relationships by linking the Jena Experiment to real-world ecosystems. The plan was to first compare experimental and real-world plant communities and afterwards exclude unrealistic experimental communities from experimental BEF relationships to see what happened.

Several real-world projects with suitable vegetation data had already been identified as potential real-world counterparts to the Jena Experiment. As I was conveniently placed with the Synthesis group of the Biodiversity Exploratories in Bern, starting the comparison on joint Jena (experiment) and Exploratories (real-world) data seemed straightforward. Later, we added data from real-world sites close to Jena in the Saale river valley that Christiane Roscher had at hand (see photograph further down), and several invasion and succession sub-experiments of the Jena Experiment.

We wanted to base our comparison of plant communities on a variety of community properties: taxonomic, phylogenetic, and functional diversity indices, and plant functional traits. As such, we needed plant trait data – the TRY database had most of it. Obviously, getting the relevant data was only the first step. I spent several months developing an analytical approach allowing us to assess multidimensional overlap between experimental and real-world plant communities based on all these community properties. In the end, we used three different methods to assess overlap in multivariate PCA space – which was awesome and seemed a robust choice, but would later on cause a lot of work by having to repeat everything for each of these methods. We compared plant communities of the Jena Experiment to those of German real-world sites and found that while many experimental communities did not resemble those common in the real world, there was some overlap. Taking the second step, we removed unrealistic experimental communities and found that experimental BEF relationships were robust to this removal – and not only for plant aboveground biomass, but also for a range of other functions above- and below the ground. Obviously, our results depended on the overlap-calculation method and the variables entering the PCA. It took a while to get all this structured and later also to convince the reviewers who wanted to see all kinds of additional sensitivity analyses. As a result, the supporting information grew to a length of more than 90 pages at some stage. I was almost tempted to hide some random content somewhere down in page 85 or so and see if anyone would find it. Never did it, but should have.

Once the German data was under control, I presented our results at the Ecology Across Borders meeting in Ghent in December 2017. After the talk, I was approached by Jane Catford, whom I had never met before, asking me why we had not included data from other biodiversity experiments, for example those from the famous Cedar Creek Ecosystem Science Reserve in Minnesota, USA. I got in touch with Forest Isbell only days later. Together with David Tilman, we decided what experimental data to use: Cedar Creek’s BioDIV (BigBio) experiment together with additional Cedar Creek experiments not manipulating species richness as real-world counterparts. Everyone was open to share their data and enthusiastic about the potential for a joint analysis of data from both countries. As a result, I suddenly had a whole new set of vegetation records that I needed functional trait data and phylogenetic information for. Jane Catford, Jeannine Cavender-Bares and Peter Reich had additional functional trait information for Cedar Creek plant species. A lot of data handling and aggregation later, we started seeing similar results to the German comparison. Not all experimental communities were realistic, but removing unrealistic ones did not majorly change BEF relationships.

By that time, we had decided to move back to Germany for a new Postdoc position at iDiv in Leipzig. We moved the family back across country borders, had our second child, and I took some parental leave. I first submitted the manuscript right before a long-ish field trip to the Canadian Rocky Mountains for the new Postdoc position. Several submissions, revisions, and one preprint publication in bioRxiv later (see timeline below), the results of all this work have now been published in Nature Ecology and Evolution, here.

After receiving the final acceptance email from the editor, I cycled home and thought about how long it had taken to create and publish this paper. When I came home and hugged the kids, I realized that the now 5-year-old was 1.5 when I started to work on this analysis and the 1.5-year-old was nowhere on the horizon. It feels like an eternity ago that this work started. However, for me, all this only started three years ago, when we moved to Bern. Some experiments that our study is based on started in the early 80’s, before I was even born. I was still at school when the Jena Experiment was initiated.

Why am I telling you this? Because it is important to remember that, when doing synthesis work in ecology, our work is based on that of countless others. Without the decade-long efforts by BEF pioneers, data owners, PhD students, technicians, gardeners, plot and data managers, and the will of several funding agencies to fund basic research on biodiversity loss, this data would never have been available. And without the joint effort of many coauthors with experimental and real-world backgrounds, without their knowledge on phylogenies, trait data, multivariate analyses, databases, and without the willingness of some to go back out to the field and compile additional data, this project would not have been possible. Together, we tackled plant-species synonyms, functional-trait imputation, phylogenetic uncertainty, vegetation-survey area differences between the projects, and many, many(!) sensitivity analyses. I am very grateful to have been allowed to work with these data and colleagues – I have learned a lot from this team and from getting this paper published. And I will remember that there are hundreds of faces hidden behind those data spreadsheets that just cannot convey all the sweat, tears, and blood of those who did the grunt work so that we could do ecological synthesis.

I would like to thank Pete Manning, Ana Asato, and Guillaume Patoine for feedback on an earlier version of this post. 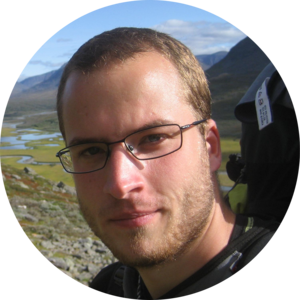