When entire continents go up in flames, it seems inevitable that life on land will be pushed beyond the brink of extinction.
Chris Mays
Postdoctoral Researcher, Swedish Museum of Natural History
Follow
Like Liked by Alex Thompson and 7 others
0

In a previous article, we outlined how palaeontologists utilise the remains of burnt plants, or fossil charcoal, to identify fire events from the deep past, and hinted at some sombre similarities between these events and the spate of wildfires across our warming world. In the search for deep-time analogues to our recent rise in wildfires, here we start with the most lethal mass extinction in Earth’s history: the end-Permian extinction interval.

The end of the Paleozoic Era was marked by not just one, but a series of mass die-offs, collectively known as the ‘end-Permian extinction interval' (~252 million years ago). This resulted in species extinction rates as high as 80–90% in the oceans, spelling the end for the trilobites, whilst on land the majority of large amphibian and reptile families were wiped out (Fig. 1).

Figure 1. Casualties of the end-Permian climate catastrophe. Major groups of oceanic animals, like the trilobites (left), were caught in a vice between reduced oxygen levels on the floor of the deep sea, and lethally hot conditions near the surface. When the large land vertebrates were killed-off, like most groups of therapsids (right), their ecological niches were left vacant for several millions of years, until they were finally filled by the dinosaurs. Image credits: Wikimedia Commons (left), D. Bogdanov (right).

A collapse in land ecosystems is reflected by the worldwide extinction of the primary coal-forming tree species. Coal is formed from the compaction of dead plants in densely vegetated areas, like the peat-forming forests that were present in the Permian. The collapse of these forests was followed by successive waves of ecological turnover and recovery for millions of years resulting in a ‘coal gap’ in the geological record. A recent study of the end-Permian extinction interval from Australia, identified a marked increase in charcoal abundance directly before this coal gap (Fig. 2). The suspicious timing of this charcoal event has raised the possibility of fire as a direct contributor to end-Permian land extinctions.

The southern forests of the supercontinent Pangea during the Permian Period were dominated by one plant type: Glossopteris (Fig. 2). Upon close inspection, Glossopteris has shown some evidence of fire tolerance, including ‘epicormic shoots’, which may have allowed the Glossopteris tree to sprout leaves back soon after a fire. This regrowth strategy has also evolved in the modern, fire-loving Eucalyptus of Australia (Fig. 3). Abundant fossil charcoal throughout the Permian Period indicates that this was a fire-prone time, and adaptations to cope with frequent fires likely contributed to the successful spread of Glossopteris across the Southern Hemisphere. Despite these fire-adaptations, these forests collapsed during the end-Permian crisis, and the reign of Glossopteris was entirely extinguished.

Animals on land developed their own strategies to avoid the worst of the climatic conditions that led to the collapse of Permian forest ecosystems. Following this devastation, many of the most successful large land animals were burrowers (Fig. 3). In fact, the ‘dead zone’, an interval in the geological record that represents many thousands of years of environmental stress during the end-Permian event, is riddled with the burrows of small mammal-like reptiles. These would have served as subterranean refuges during the lethal surface conditions, such as the extremely seasonal climate and raging wildfires.

Figure 3. Strategies for coping with fire-prone climates, both past and present. Top: fresh leaves sprout from the bark of a recently scorched Eucalyptus in Australia. These ‘epicormic shoots’ allow the plant to capitalise on the enhanced sunlight caused by the loss of canopy leaves in the immediate aftermath of a fire. Bottom: Large burrows, like these from South Africa, are very common in the aftermath of the end-Permian extinction. They reveal how some of the land animals, such as Lystrosaurus, may have survived the extreme fire regime during the end-Permian extinction interval. Scales = 10 cm. Photo credits: John O'Neill (top), Emese Bordy (bottom). Lystrosaurus reconstruction by Willem van der Merwe (bottom).

A cautionary tale of warmth- and fire-driven extinction?

The end-Permian calamity was triggered by the convulsive eruptions of an enormous volcanic region in Siberia. The prodigious release of greenhouse gases from these volcanic vents drove the climate to searing temperatures for thousands of years. Under this extreme global hothouse, vast regions of the continents underwent prolonged droughts, and a rise in fire activity. Today, increasing temperature and aridity have seen spikes in wildfire prevalence and severity; under this ‘new normal’, even the iconic fire-adapted Eucalyptus forests of Australia are under unprecedented stress.

Greenhouse gas emissions that led to increased temperatures and aridity, and thus promoted wildfires… if this is all starting to sound familiar to you, you are not alone. As modern global CO2 levels reach their highest in millions of years, more climate scientists are looking further back into the deep past for prehistoric analogues. The end-Permian event is looking more and more relevant each day. Considering the scale of the end-Permian event, let’s hope that the related extinction rates will be significantly lower … but we can do better than hope. Unlike the victims of past mass extinctions, we can alter the course of modern environmental change, through a combination of prevention and mitigation. Adaptation should be a last resort strategy—even the fire-adaptations of Glossopteris didn’t help during the end-Permian inferno. 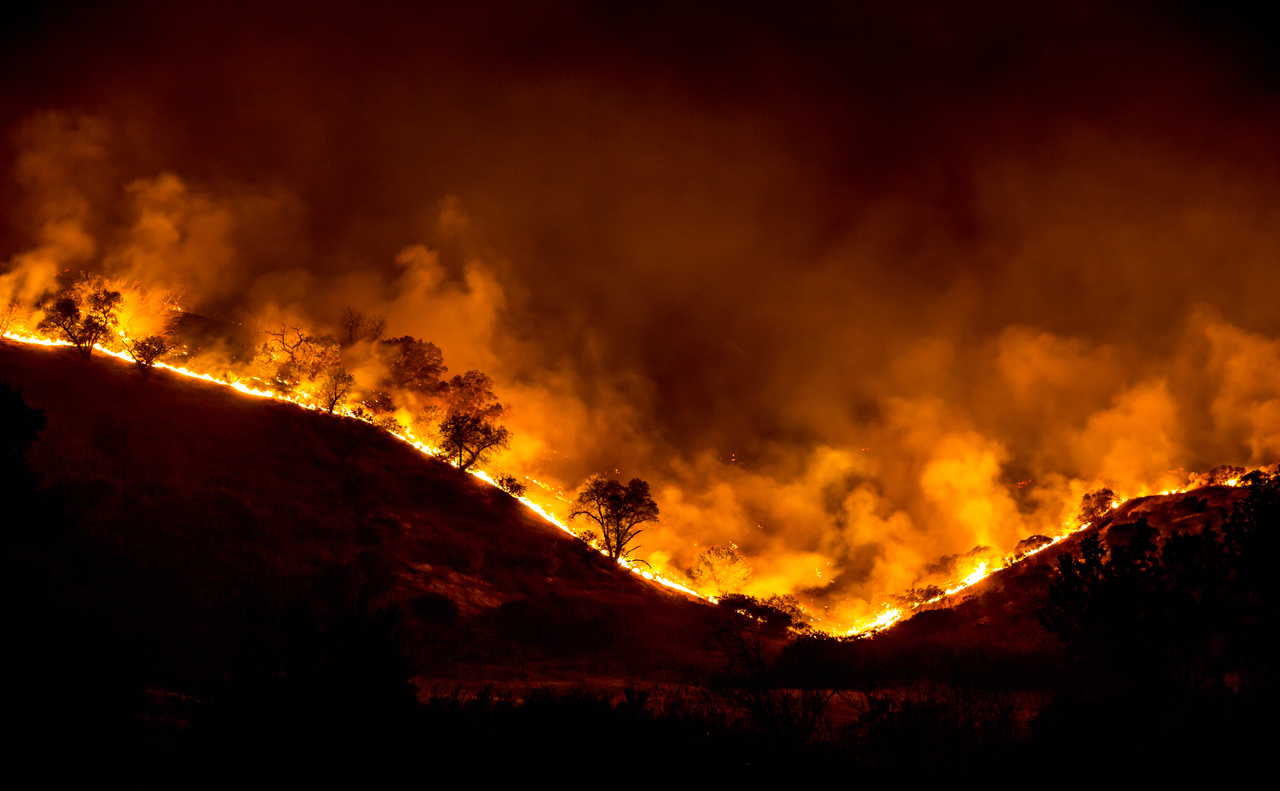 When entire continents go up in flames, it seems inevitable that life on land will be pushed beyond the brink of extinction.