Genomic data suggest that fluctuating environments could promote the maintenance of genetic variation that enables rapid adaptation during invasions of novel habitats.

The first time I saw Lake Michigan I was stunned, not only by its oceanic size but its vivid blue color and clarity. Lake Michigan is one of the clearest freshwater lakes in the world. Sadly, the crystal clarity of the water is largely due to the invasive zebra and quagga mussels that now carpet the lake’s bottom, filtering the plankton, algae, and nutrients required to support a healthy ecosystem. These invaders have been incredibly successful colonizers of the Great Lakes and other freshwater habitats, and interestingly, they originated from the brackishwater (salty) Ponto-Caspian Seas. Since the opening of the St. Lawrence Seaway in 1959, Great Lakes ecosystems have been inundated with successive invasions of almost 200 different species, many of which originated from saltwater habitats. Throughout Earth’s history, aquatic species have largely been restricted to live in narrow salinity ranges. How have these saltwater organisms been so successful at colonizing freshwater habitats like the Great Lakes?

Coincidentally, that first experience of mine with Lake Michigan was during my travel from Washington, DC to Madison, WI to start a postdoc position with Carol E. Lee at the University of Wisconsin - Madison. One of the reasons I decided to join in her lab was a 2008 paper by Lee & Gelembiuk describing evolutionary factors and scenarios that could allow certain invading populations to be successful in novel habitats. I was particularly intrigued by one scenario, in which fluctuating environments could promote the maintenance of important genetic variation in populations, facilitating rapid adaptation in novel environments. This process could explain how many invaders of freshwater habitats have rapidly evolved the ability to tolerate fresh water.

Our recent study explored this hypothesis using population genomic data from the copepod Eurytemora affinis, a successful invader of the Great Lakes and other freshwater habitats. Its native ranges include estuaries and salt marshes that exhibit temporal and spatial variation in salinity. Analyzing replicated invasion events from distinct source populations, we found that many of the same genomic loci were under selection across freshwater invasion events and that a significant proportion of those loci also had signatures of fluctuating selection in the native ranges. These results supported the hypothesis that fluctuating environments could repeatedly generate successful invaders through evolutionary processes maintaining key genetic variation. 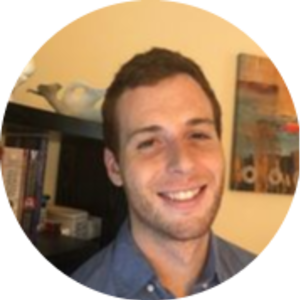