Can herbivores keep up in a human-dominated world?

Human activities are threatening diversity and functioning in the world’s grassland ecosystems, but studying biological changes occurring across continents is logistically challenging. The multi-continent Nutrient Network experiment is allowing us to predict where these impacts will be greatest.

Human-caused changes are transforming natural environments everywhere on Earth. These include changing temperature and precipitation in response to rising atmospheric carbon dioxide as well as changing supplies of elemental nutrients like nitrogen, from fossil fuel burning and agriculture, and phosphorus, from agriculture, ash, and dust. Humans also are changing the abundance and types of herbivores in landscapes, with shifts on every continent that often displace and reduce wild herbivores like zebras, guanacos, and reindeer while increasing domestic grazers like cattle, goats, and sheep. While all of these changes are happening on nearly every continent, they are not happening at the same rate in all locations. We are left with an important knowledge gap: will environments, like grasslands, around the world respond similarly to the many changes they are experiencing?

This variation in the rate of change in grassland environments is a problem for ecological researchers studying the responses to these many changes of the plants, soils, and microbes that sustain us. This is because ecological experiments, simulating conditions like increased nutrients or reduced wild herbivory, and sampling biological responses to these new conditions, is intensive work. It is difficult to replicate an experiment at even a few different sites, and certainly a single researcher could not do this at sites around the world.

To tackle these questions, we thought outside the traditional ecological toolbox and built a global collaboration of scientists, the Nutrient Network (NutNet, www.nutnet.org). NutNet scientists are replicating the exact same experiment at sites all over the world, creating a dataset that is allowing us to compare responses across continents with different geologic and evolutionary history, climate, soils, and nutrient inputs.

The analysis in this paper builds from the knowledge that plants often grow more when elements like nitrogen and phosphorus are added. We used experimental data from 58 grasslands on six continents to ask whether, around the world, herbivores could keep up with this additional plant growth. If so, changes that increase plant growth will likely translate into supporting more consumers in grasslands. If not, perhaps because few wild herbivores are left in some locations, we will likely see more plant mass – which may translate into greater fuel loads for fires – in future grasslands. We expected variation in the answer, but our distributed study design allowed us to ask under what conditions (soils, climate, herbivore type) herbivores are able to eat the additional plant mass – and where they can’t.

The obvious power of this type of approach is that we can do hypothesis-driven ecological research and directly compare responses among sites to understand the conditions under which our hypotheses are supported. The less obvious power of this collaboration is that by including and empowering younger investigators, female investigators, and investigators from countries where ecological science is not well-funded to contribute to this scientific effort, the demographic and cultural base is much broader than is common in ecological science. This diversity of perspectives and experiences in the Nutrient Network collaboration is as important to the science as the data. 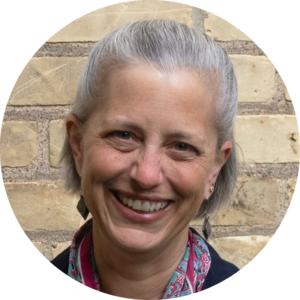